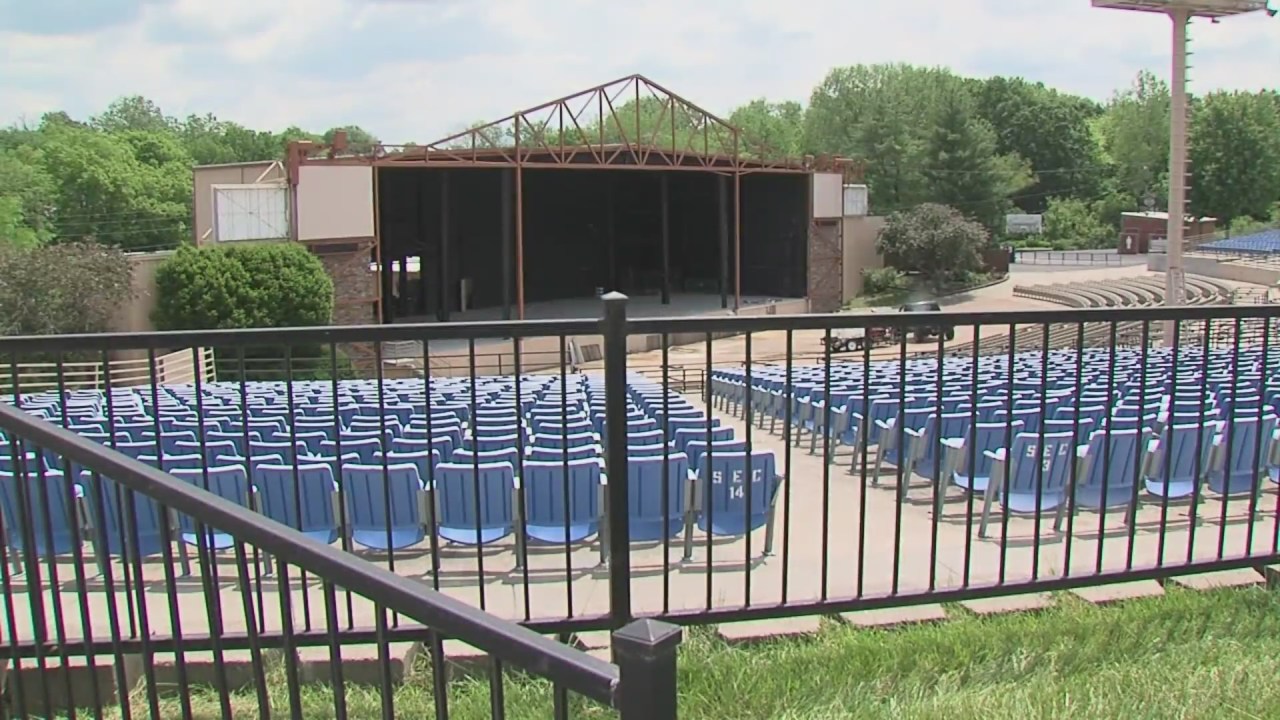 KANSAS CITY, Mo. — Live entertainment venues have been empty for too long.

Major theatre and concert facilities in the Kansas City metro are announcing upcoming shows for the first time since before the pandemic struck. Some call it a sign of normalcy, since COVID-19’s spread caused most public music venues to go dark for an entire year.

“It was important for us to open at full capacity. It’s hard for us to make the numbers otherwise,” Richard Baker, Starlight Theatre Presiednt/CEO, said.

Baker, whose theatre didn’t host a single event until staging a few high school graduation ceremonies in May, is one of many venue managers who’ve been waiting for this moment. Public health officials have given their approval for groups to gather again, now that vaccination rates exceed the percentages of COVID-19 cases.

“Now that the CDC is on board too, saying, if you’re outside, and you’ve been vaccinated, you don’t really have to worry. Not only can you not get it, but it’s unlikely you can give it to anyone else. That’s how we’ve able to open the way we are,” Baker said.

Country fans rejoiced on Wednesday, when seven-time CMA Entertainer of the Year Garth Brooks announced his upcoming return to Arrowhead Stadium on August 7th.  T-Mobile Center also has a number of performances on its schedule now, including Kane Brown and Alanis Morissette. Kansas City Comicon is planning its return to Battle Hall in late August too.

In nearby Bonner Springs, Azura Amphitheatre owner Chris Fritz joked that he feels like a lottery winner. Fritz’s joy centers around his newly-announced concert schedule, which begins with classic rock favorites Styx and Collective Soul.

The popular outdoor theatre has a loaded scheduled during the summer months. Azura Amphitheatre, like Starlight Theatre, won’t require patrons to wear masks or socially-distance during their shows, but sanitizing stations will be available and anyone who needs a mask can ask amphitheater staffers for one.

“Psychologically, people are starting to get bummed out,” Fritz said on Wednesday. “Normality isn’t just about going to a restaurant or a movie. It’s about the social interaction you can have with human beings, which is a mandatory thing in our DNA. We can’t exist without it.”

Kansas City has long loved local lager. The vacant Imperial Brewery Co. building looming ominously over I-35, just south of downtown Kansas City, is proof. Built in 1902, at its zenith the six-story … END_OF_DOCUMENT_TOKEN_TO_BE_REPLACED