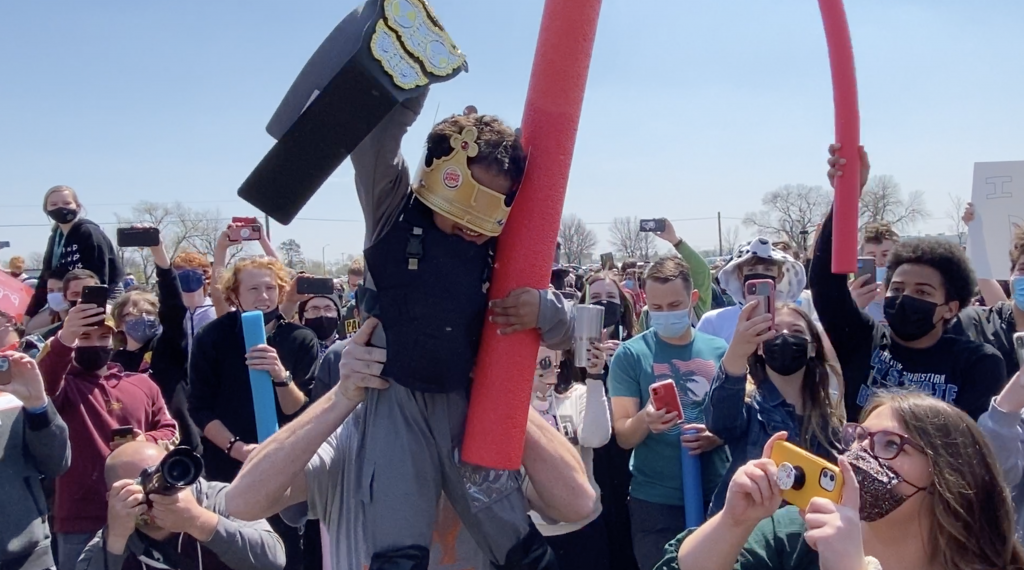 Fresh off of his #JoshFight victory, Josh “Little Josh” Vinson Jr. has captured the hearts and imaginations of people across the country.

Four-year-old Josh “Little Josh” Vinson Jr., the winner of the viral #JoshFight, has captured the hearts of Nebraskans and people across the country.

As of Sunday morning, this championship celebration video has been viewed over 4.5 million times on Twitter.

People have been weighing in on Twitter to celebrate Little Josh’s victory:

This is wonderful and hilarious. I love that so many Joshes showed up! #JoshSwain did a good thing here. Lighthearted fun, donations to a food bank & a children’s hospital, and making a child’s day. #JoshFight https://t.co/Iq9DoXLcsj

The story of the #JoshFight and #LittleJosh got picked up by several news outlets, including ESPN, Barstool Sports, The Guardian, AP News, Fox News, and more:

Former NFL players Pat McAfee and Chris Long got caught up in the excitement of the #JoshFight:

Some took to Twitter suggesting that the fight was “rigged” in favor of the four-year-old:

There is no way that Little Josh was able to beat all 1000 other Josh’s, he’s to short, gives up too many inches in arm length, and prob needed a juice box and a nap halfway through. I smell a set up. #rigged #JoshFight #JoshSwain

For the sake of transparency, Channel 8 has released the full #JoshFight video to let the public decide for themselves:

After the #JoshFight, Little Josh said he had “a lot of fun” competing against his fellow Joshes:

Little Josh’s father Josh Sr., says his son will remember this day for the rest of his life:

SALINA, Kansas — Ebony Murell and a few interns meticulously sort 99 kinds of silphium. It’s a wild relative to a sunflower. And the biologists at The Land Institute — an outfit devoted … END_OF_DOCUMENT_TOKEN_TO_BE_REPLACED