“It definitely changed my day. So yeah, it’s just amazing to see that Lincoln has that kind of people.”

LINCOLN, Neb. (KLKN) – Everyone can relate to the sinking feeling you get in your stomach when you lose your wallet.

Lincoln resident Elani Irons says she felt feeling that when she left her wallet in a Hy-Vee kids shopping cart. She realized he wallet was missing when she was at a restaurant and tried to order an alcoholic beverage.

Irons says her boyfriend suggested that she try calling Hy-Vee on her way home from work. With her car ten miles until empty and only $7 on her, she put gas in her car and gave Hy-Vee a ring. They said they had the wallet.

As Irons was walking out of the store, she looked in her wallet to make sure everything was there. That’s when she received a surprise that made her day, a $20 bill and a handwritten note that read:

“Found your wallet in the cart. Here’s $20 to turn your bad day into a great day!” 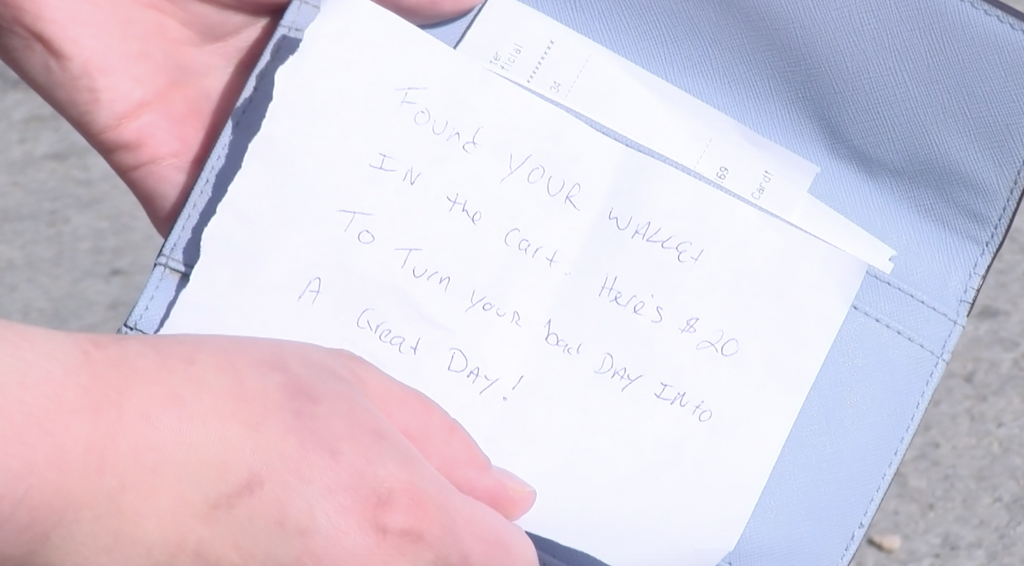 Irons said she got emotional when she read the kind letter.

“It definitely meant a lot,” she said. “It definitely changed my day. So yeah, it’s just amazing to see that Lincoln has that kind of people.”

Irons has not met the stranger who returned her wallet, but says she would give that person a hug and say thank you.

“They may like to remain anonymous, so I respect that if they do,” Irons said. “I would love to thank them in person, if I could meet them.”

Photo by Caleb Condit and Rebecca Norden It’s Valentine’s Day month, but fancy chocolate deserves to be enjoyed year-round. We visited chocolatiers around the … END_OF_DOCUMENT_TOKEN_TO_BE_REPLACED

Posted on December 1, 2022 Overland Park now has more access to information about its Police Department than ever, thanks to a library of online transparency-focused … END_OF_DOCUMENT_TOKEN_TO_BE_REPLACED

The annual Beard Awards semifinalists nominations were just released and Kansas City’s food and drink scene has something to celebrate. The KC area has seven semifinalists by our count, including two … END_OF_DOCUMENT_TOKEN_TO_BE_REPLACED

As we look ahead to 2023, let’s take time to reflect on 2022, another busy year in our community. Here are just a few highlights of the many programs, events and services the City provided this … END_OF_DOCUMENT_TOKEN_TO_BE_REPLACED