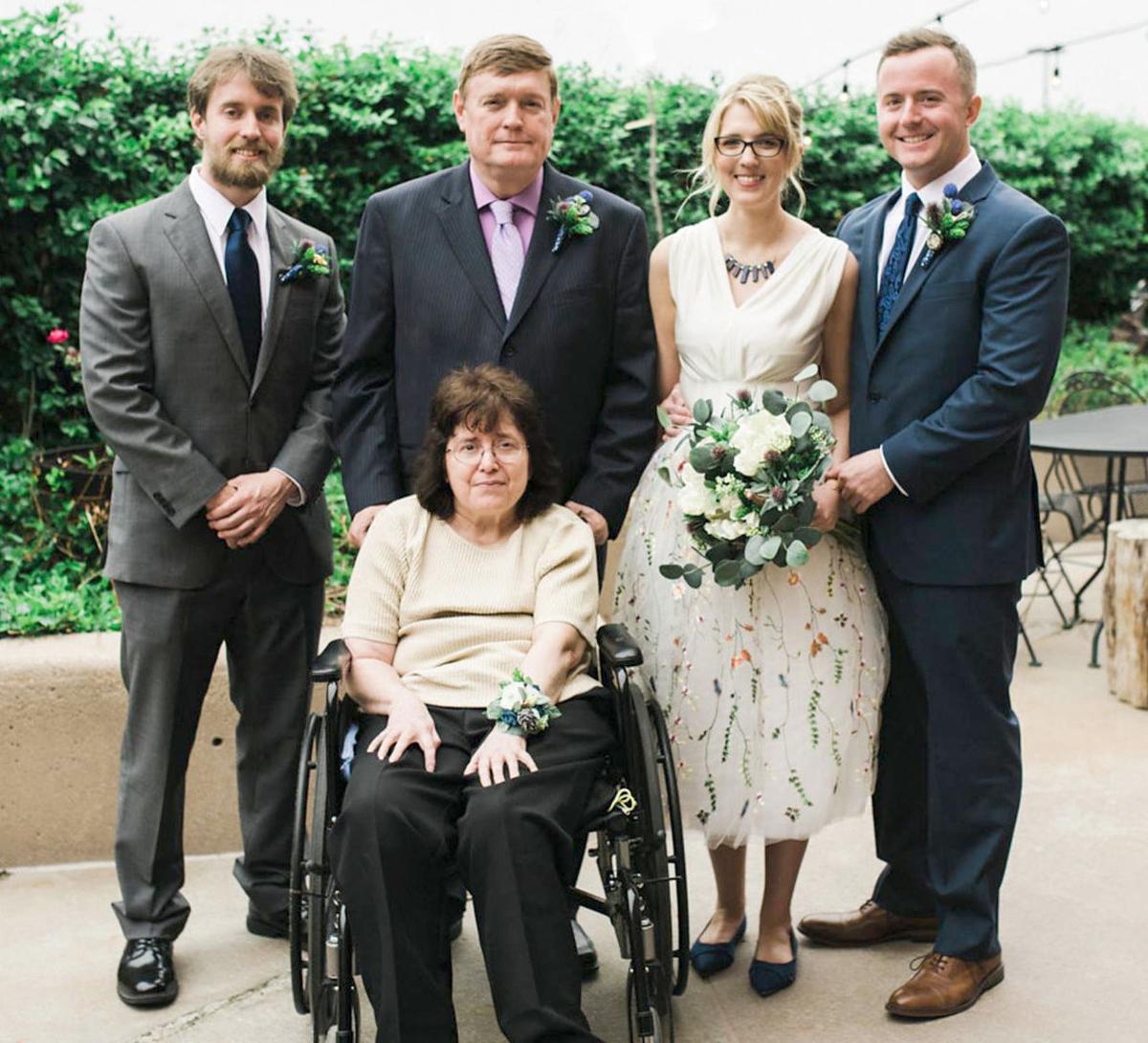 Joyce Whitney (bottom row) poses for a photo with the rest of her family (from left): son Justin Whitney, husband Michael Whitney, daughter-in-law Lindsay Steinberger and son Chris Whitney. Chris Whitney is participating in the MS Run for U.S. the next six days. 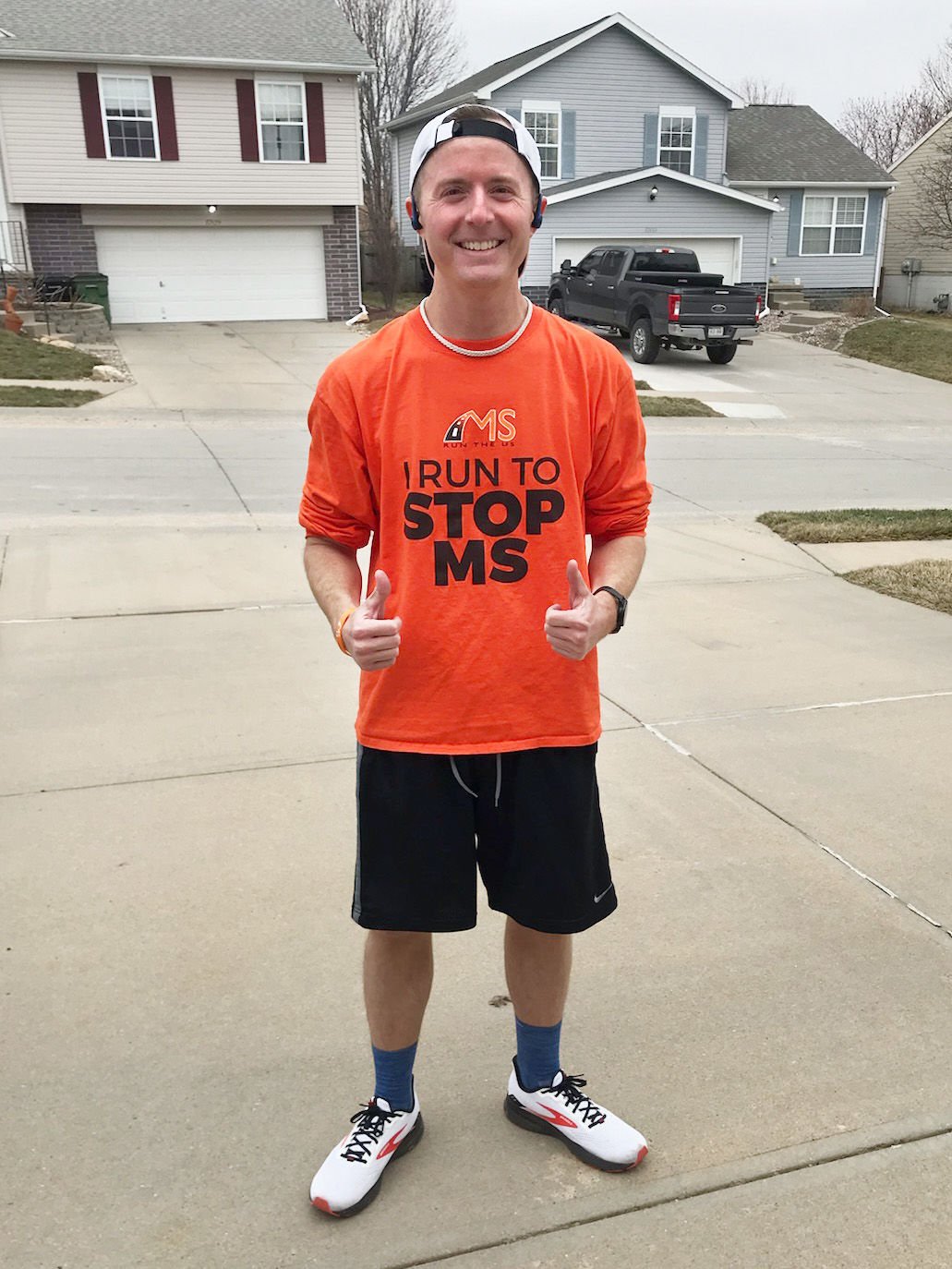 Chris Whitney has raised about $13,600 for multiple sclerosis as part of his effort to draw attention to the disease. 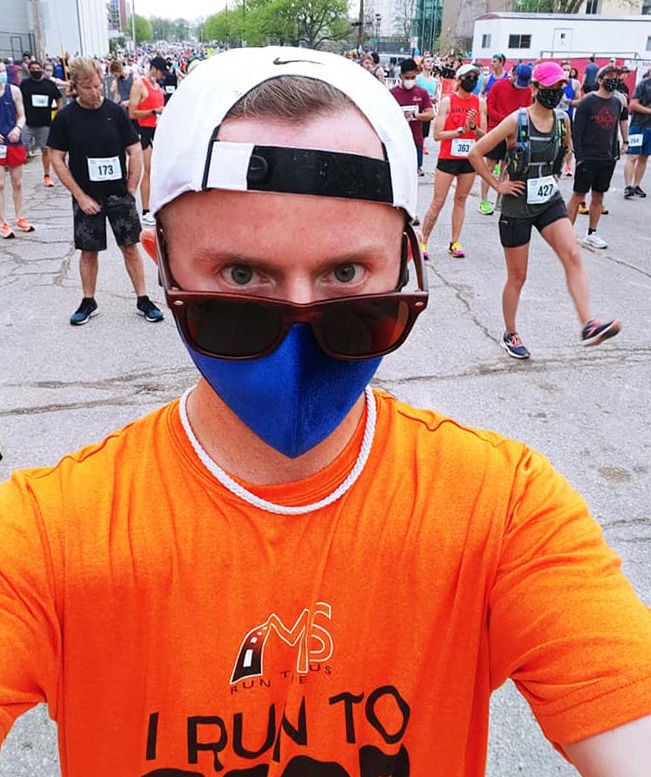 Chris Whitney will run 166 miles in six days as part of the MS Run for U.S. 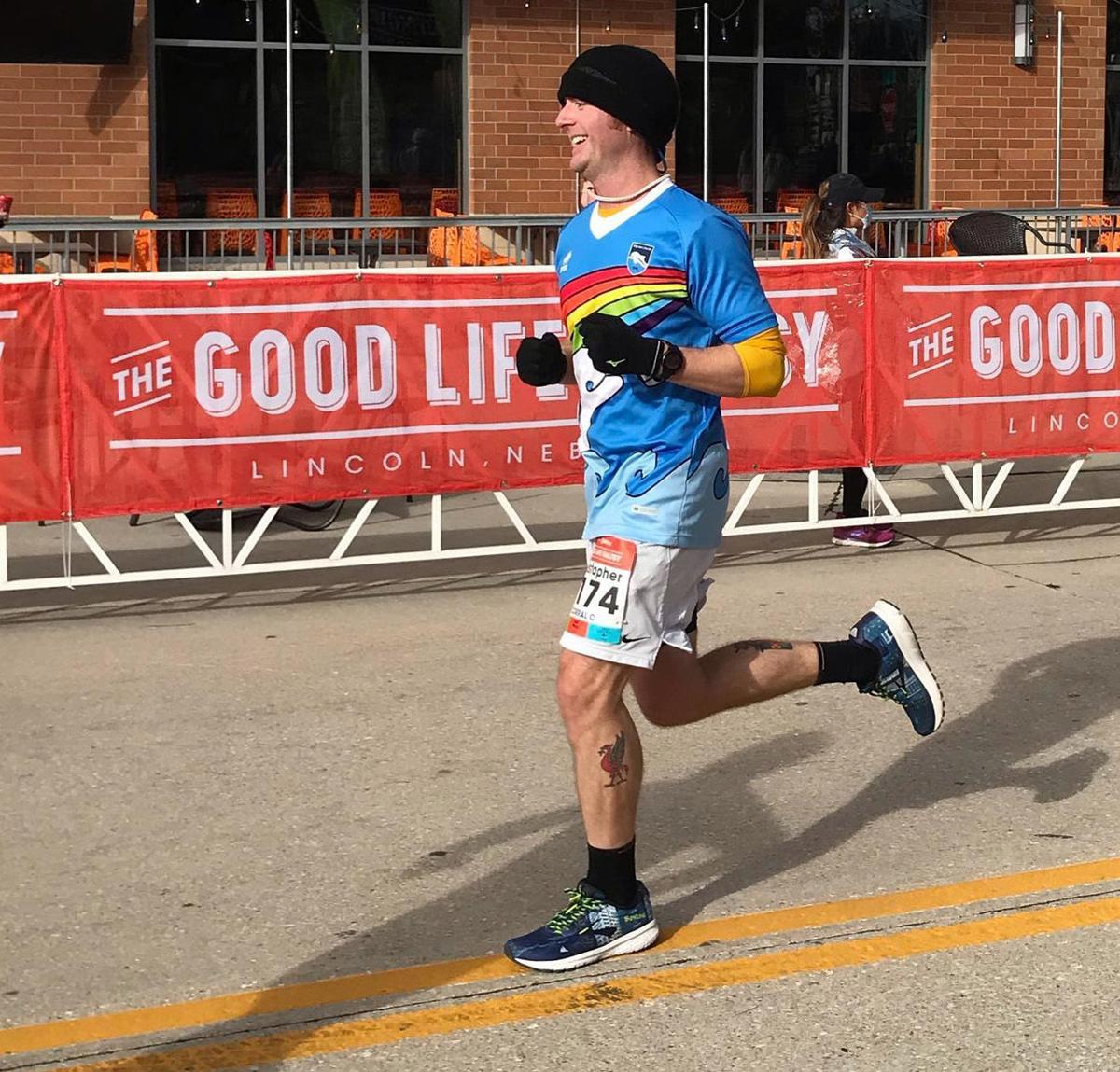 When Chris Whitney heard about the MS Run for U.S. relay last fall, he wasn’t sure he was ready for the 166-mile, six-day journey.

Motivated by how multiple sclerosis has affected those close to him, he decided to apply anyway.

“I just woke up one morning and thought, ‘Well, I’ll apply, and I guess the worst they can say is no,’” he said.

Whitney, who works at the Lincoln Chamber of Commerce, hit the ground running on Thursday for his leg of this year’s MS Run, the U.S. ultra-relay that began in April in Santa Monica, California, and will finish in August in New York City.

The ultra-relay is split into 19 segments that are each about 160 miles and six days long. Whitney begins his 166-mile journey in Wray, Colorado, and will end in Holdrege.

Whitney said he plans to run 30 miles a day the first five days of his race and about 16 miles the last day.

Running for a cause: Two Lincoln women turn miles into donations to local nonprofits

On each 30-mile day, he plans to run three 10-mile sections, taking a 45-minute break in between.

Whitney underwent a 16-week training program for the relay that totaled about 1,221 miles. At the peak of his training, Whitney was racking up around 75 miles a week.

This is the longest race Whitney has ever taken on, but he’s completed a handful of half-marathons and completed his first full marathon in May.

Watch now: Runners happy to have in-person marathon back

Whitney’s mother was diagnosed with MS when he was young, and he said it’s been hard seeing her get worse.

“It’s been tough to see her have to be wheelchair-bound and have a lot of those things that she liked to do like go on walks and some of those more active things that we take for granted but that she can’t do anymore,” he said.

One of Whitney’s friends was diagnosed with MS a few years ago and seeing him struggle with the condition has also been difficult, Whitney said.

Outside of the run itself, each relay team member is tasked with raising at least $10,000 for the organization, Whitney said. So far, he’s raised about $13,600 and will continue gathering donations through August on his website. He now hopes to reach $15,000.

“I’ve had just tremendous support. Family and friends have gone over and beyond for me and for my mom and for this cause,” he said. “It’s been a steady stream of donations from people and even people that I don’t even know.”

In addition to supporting research, the organization behind the run also provides financial aid to those with MS for things such as new wheelchairs and adjustments to make their homes accessible.

“It’s not all about just the research dollars that it goes towards, but it’s also just really helping people who need it most,” he said.

Whitney said he is also inspired by the other 18 runners in this year’s relay, several of whom have MS.

Cornhole for a cause: Creative events were central to Parkinson’s Awareness Month in Lincoln

“The fact that they are going out, doing this running, fundraising, retelling and telling their stories over and over again, is just incredibly powerful to me,” he said. “It’s just something that gives me strength and makes me realize how fortunate I am.”

Whitney said he felt well prepared physically ahead of the race, but getting ready to run brought on a lot of emotions for him.

“I’m running for my mom, and obviously it’s been tough to see her battle MS over the years and then just hear other people’s stories of somebody that they know, whether it’s a family member or a friend that has MS,” he said, “it’s certainly emotional.”

Whitney said he feels grateful to be a part of the ultra-relay for a cause important to him.

If you’re a novice or on a budget, it’s easy to walk away from a wine tasting feeling lost. Local wine shop Underdog is working to make grape education more accessible with Wine by the Class, a … END_OF_DOCUMENT_TOKEN_TO_BE_REPLACED

November 28, 2022 Sports Jeremey Theron Kirby, Photographer In 2018, the Kansas City Chiefs and the Los Angeles Rams played what many consider to be the greatest … END_OF_DOCUMENT_TOKEN_TO_BE_REPLACED

Limitless Brewing beers/Courtesy photo Limitless Brewing was Lenexa’s first brewery and has enjoyed being tucked away in an industrial park just west of I-35. With little signage … END_OF_DOCUMENT_TOKEN_TO_BE_REPLACED

When the Covid lockdown closed the dining room of Lawrence mainstay Ramen Bowls, owner Shantel Grace found herself reconsidering the restaurant industry as a whole. Though she was still open for … END_OF_DOCUMENT_TOKEN_TO_BE_REPLACED

The Annie boots by Tecovas/Photo by Samantha Levi Don’t mosey into the new Tecovas store in Leawood looking for jeans with rhinestones on the pockets. The Texas-based brand, founded … END_OF_DOCUMENT_TOKEN_TO_BE_REPLACED