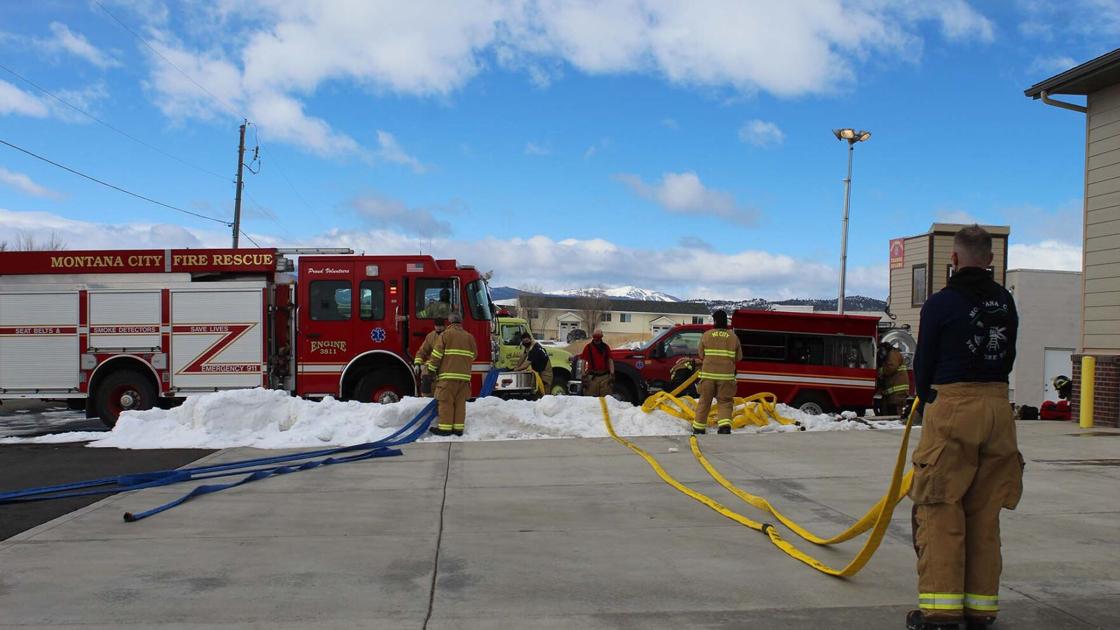 Each new graduate received a black helmet, signifying that they are trained and able to respond “on air,” as well as a black department jacket with a logo and a firefighter badge for their dress uniform shirt.

Also that day, John Rasmann and Scott Kinner were presented new helmets to recognize their recent promotions to assistant chief with Montana City.

The class, which began in November, covered topics such as fire behavior, ladders, offensive structure fire attack, investigation, detection and suppression systems and more. The class concluded Feb. 20 with live fire training that included vehicle and structure fires, and was held at the West Valley Volunteer Fire Department Station 2.

The Centers for Disease Control and Prevention released new guidelines for people vaccinated for COVID-19 that will be good news for grandparents. (Photo by Johnny Cohen on Unsplash) WASHINGTON — … END_OF_DOCUMENT_TOKEN_TO_BE_REPLACED