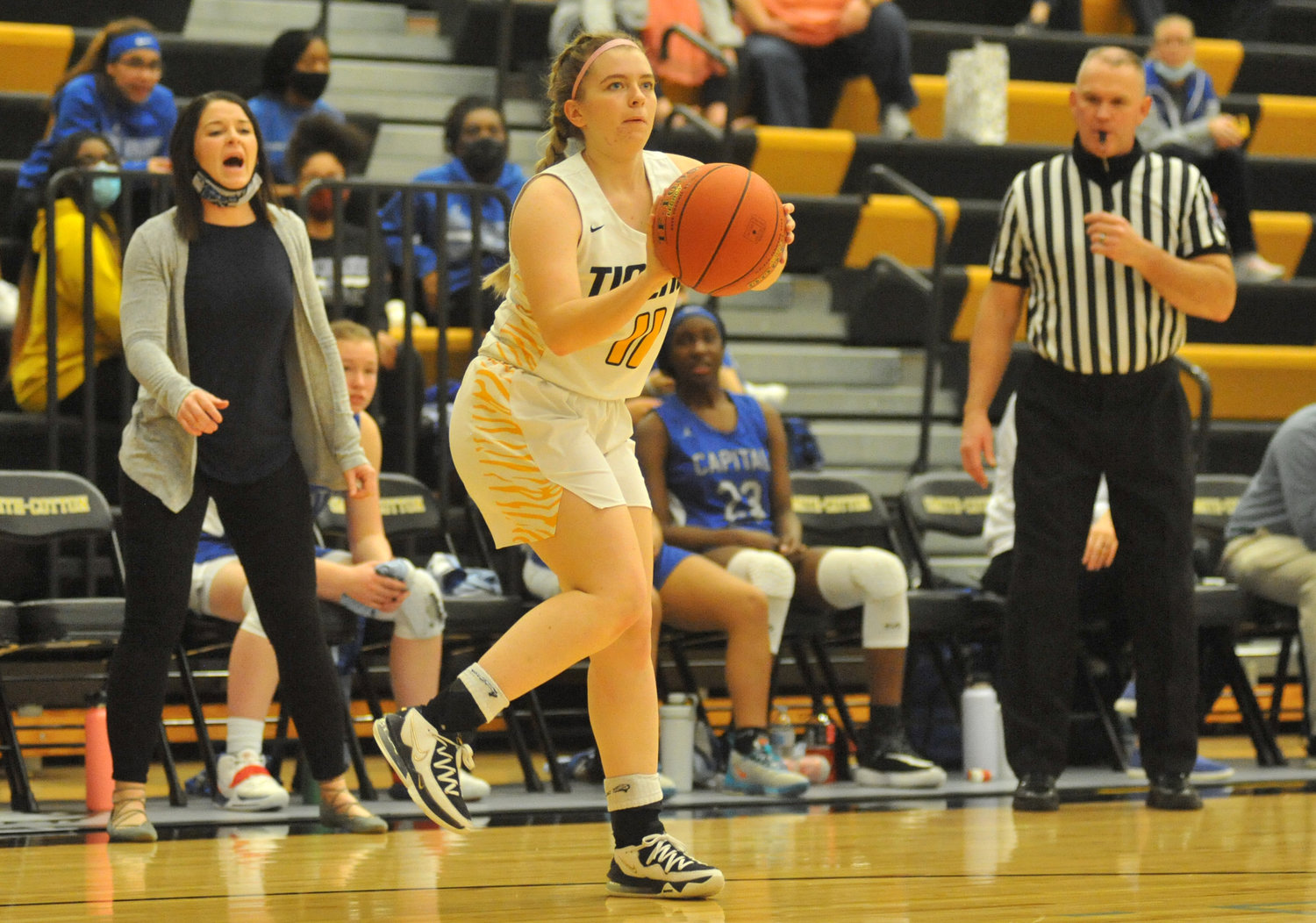 Lady Tigers head coach Jessie Arnold and the team have less than a week to reverse the outcome when it really matters.

“We have so many trick plays,” Arnold joked. “It’s like Boise State in football, we have all the trick plays.”

The Lady Tigers (0-17, 0-6 CMAC) are paired with Capital City in the first round of the Class 6 District 9 Tournament. Tip-off in Jefferson City is scheduled for 6 p.m. Monday, March 1, at Capital City High School.

“We tried a couple different defenses and just kind of lost our people at times,” Arnold said. “We weren’t always in the right spot.”

Despite producing a season-high in points, Arnold said shot selection can stand to improve before the postseason rematch.

“We can’t average 20 shot attempts and win,” Arnold said. “So I was pleased to see us able to get the ball up a little bit more tonight. However, we also need to understand what a good shot is. A good shot comes from reversing the ball a couple times, especially against a zone, making that zone shift.”

Matz followed a 3-pointer from S-C sophomore Rilee Jackson with a mid-range make to pull within two possessions, 25-19, with about two minutes remaining before halftime.

Capital City sophomore Rylea Sanning scored under the basket in the final seconds of the second quarter. The Cavaliers entered halftime with a 29-20 lead.

Cavaliers sophomore Natalie Allison drained a 3-pointer with 14 seconds left in the third period to increase the standing to 40-26. S-C managed six points in the third quarter.

Capital City (3-21, 1-5) broke the Lady Tigers’ press after a fourth-quarter timeout, and sophomore Kyla James extended the lead to 44-28 with about six minutes to play.

{{featured_button_text}} Jake Immink of Fairbury was on a ventilator for more than 120 days, first at Bryan West Campus in Lincoln and then at the Nebraska Medical Center. While he recovered from … END_OF_DOCUMENT_TOKEN_TO_BE_REPLACED