Democrats and Republicans in Kansas will keep their seats in the U.S. House, as Tuesday’s election favored the incumbents and the Republican candidate in the 2nd Congressional District.

Nationally, the House looks to be staying in Democrats’ hands, with Sharice Davids playing a role in that in the 3rd District.

The office didn’t have a breakdown of new registrants’ ages or other demographics, but state election director Bryan Caskey called it “a very high number.”

For a full look at tonight’s unofficial congressional winners, read on. (Note: Counties will send their results to the state within two weeks and the state’s Board of Canvassers must meet by Dec. 1.)

If you’re curious about Kansas Statehouse races in your area, go to this Kansas Secretary of State webpage.

Republican Tracey Mann will be the next congressman in Kansas’ 1st District, with The Associated Press calling the race at 9:25 p.m. By midnight, Mann was up 70.7% to Democrat Kali Barnett’s 29.3%. 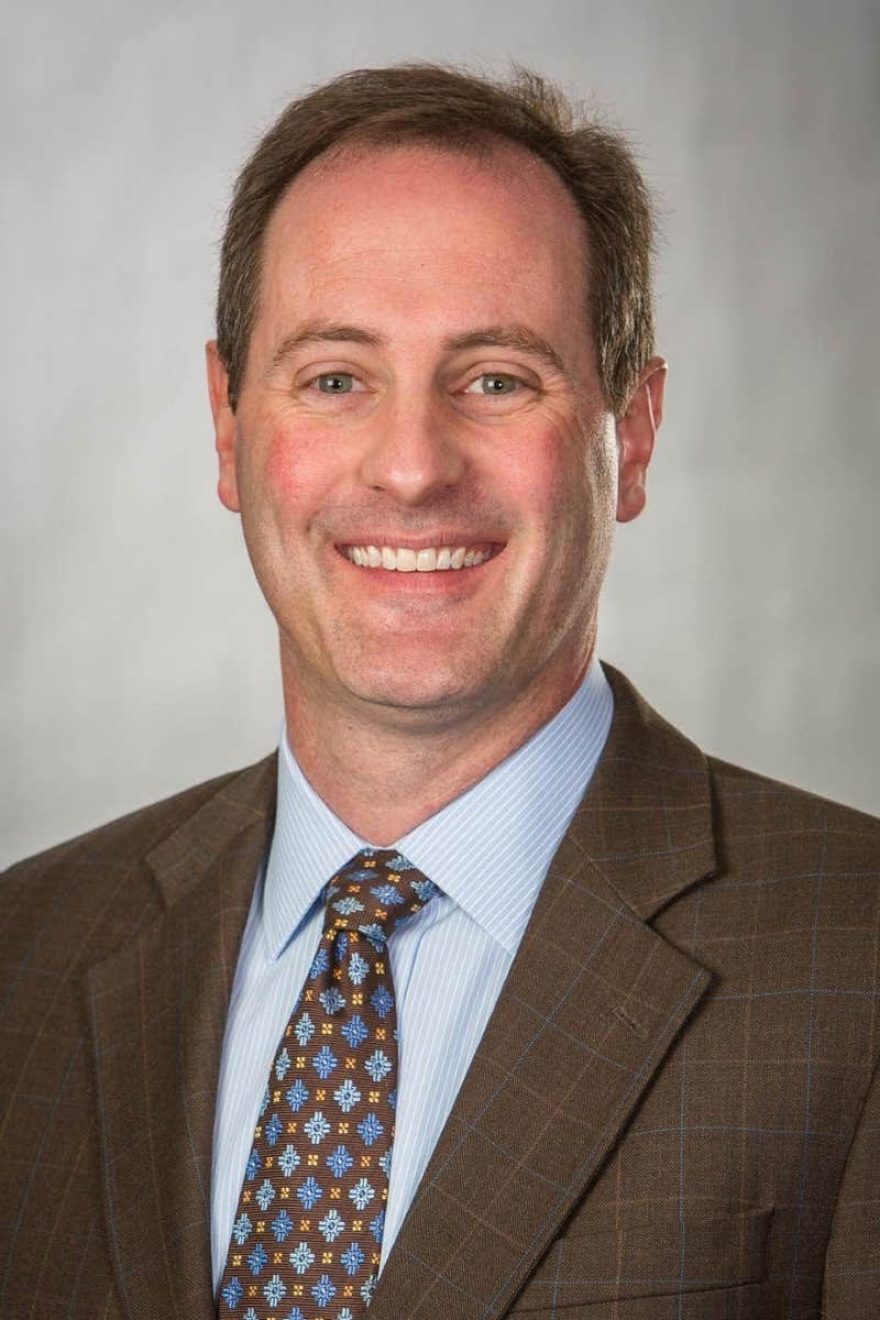 Mann, who lives in Salina, campaigned on removing coronavirus restrictions to boost the country’s struggling economy. He also said he would vote for a stimulus package that is limited and targets only specific industries.

The former lieutenant governor also wants to change the U.S.’ immigration system to help bring more workers to western Kansas but said that border control must be addressed first.

Mann said Republican congressional leaders have promised him a spot on the House Agriculture Committee.

“I want to roll up my sleeves and go to work to advocate for our farmers and ranchers in Washington,” Mann said. “It’s such a big economic impact for the Big First.”

The former real estate manager said his experience on his family farm and the knowledge he developed of agriculture as the lieutenant governor gave him the edge.

“The voters were trying to find someone who had that experience and background who was willing to go to Washington and stand up for us — and also for our basic, conservative Kansas values as well.”

The Big First came open when current U.S. Rep. Roger Marshall decided to run for Senate. Marshall has represented the 1st District since 2017.

Barnett, a Garden City music teacher, received about 32% of the vote. 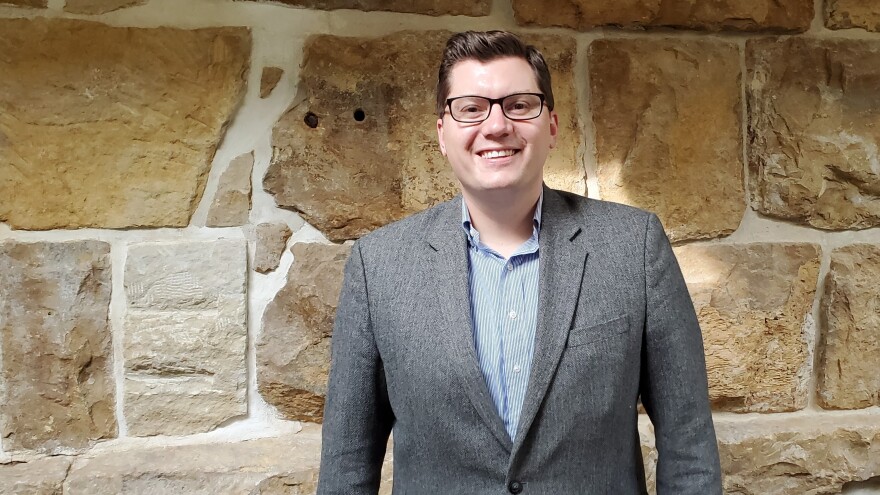 Republican Jake LaTurner won the 2nd Congressional District in eastern Kansas, dashing Democrats’ hopes that they could win the seat for the first time since 2006.

The Associated Press called the race for LaTurner after 10 p.m. He beat Democrat Michelle De La Isla by nearly 14 percentage points with 55.3% of the vote as of midnight.

LaTurner’s watch party was in his southeast Kansas hometown of Galena, where talked about small government and cutting taxes while also saying we need a safety net.

LaTurner says his family struggled financially and was on welfare when he was young.

“I understand what it’s like to be down on your luck,” he said. “Our government needs to be there as a social safety net, but we also need a government to do what it does well and have the humility to know that it can’t do everything for everybody all the time.”

“I think you need to keep more of your hard-earned money. We need common-sense regulations,” he said.

It was a race that hinged on health care, the nation’s response to the coronavirus and widespread protests over policing and race.

The two fought through attack ads. De La Isla objected to ads that edited her past comments to make it sound like she supported defunding law enforcement. De La Isla said she has supported the police and worked with them as Topeka’s mayor.

The race drew national attention after sitting Republican Congressman Steve Watkins was charged with voting-related felonies shortly before the primary election. Watkins has called the charges politically motivated, but he ultimately lost in August; the next court date in his criminal case is Dec. 3. 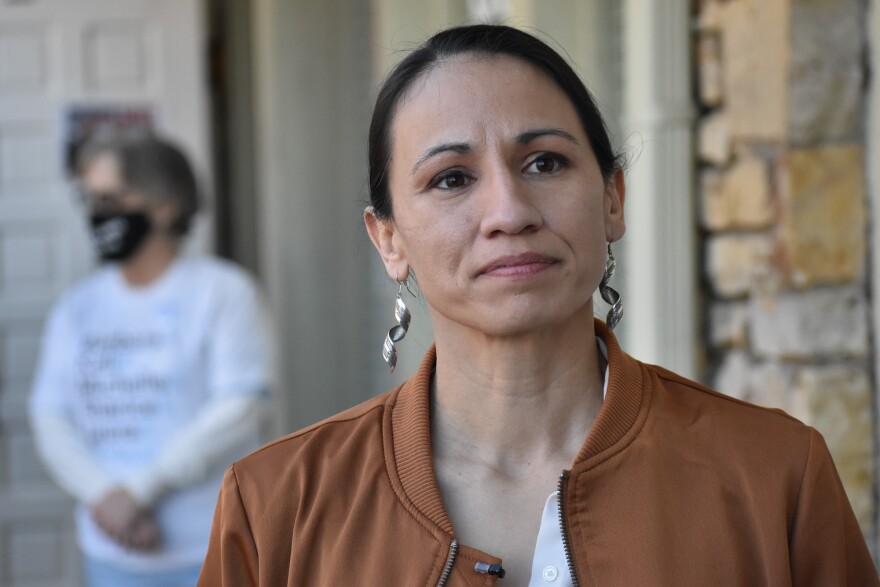 Democratic Rep. Sharice Davids won her reelection bid for the Kansas’ 3rd Congressional District, keeping it blue for another two years after first flipping the district in 2018.

Unofficial election results from The Associated Press show she beat Adkins by about 10 percentage points in the district that covers all of Johnson and Wyandotte counties and a part of Miami County.

Davids went after Adkins for her ties to former Gov. Sam Brownback; Adkins managed his 2004 U.S. Senate campaign and later was appointed to chair a state advisory group on early childhood programs.

“In this race, Kansans spoke loud and clear,” Davids said Tuesday night. “They rejected the tired politics of the past — of this slash school budgets, of being denied coverage because of having a pre-existing condition. They chose a different vision for who we send to the United States House.”

She’ll head back to the nation’s capital with her top priority in mind: another large COVID-19 relief package since lawmakers failed to reach an agreement before the election.

During a speech at the Kansas Democratic Party’s virtual event, Davids also alluded to a disappointing loss for Democrats in the U.S. Senate race.

“Our state motto — “Ad Astra per Aspera” — to the stars through difficulties, has never felt more real than it does right now,” Davids said. “… I can tell you this, for as long as I am here, we are going to fight for every single seat across this state.”

Adkins, a former Cerner executive, had touted her experience in health care and supported repealing most of the Affordable Care Act.

Adkins’ team also had volunteers out canvassing while Davids’ outreach efforts were virtual, but the in-person voter contact wasn’t enough to sway voters.

In a statement, Adkins congratulated Davids on her victory.

“Our nation is worth fighting for, and it’s at a turning point today,” Adkins said. “America must continue to be a beacon of freedom and prosperity for the world, and we have to carry our fight forward.” 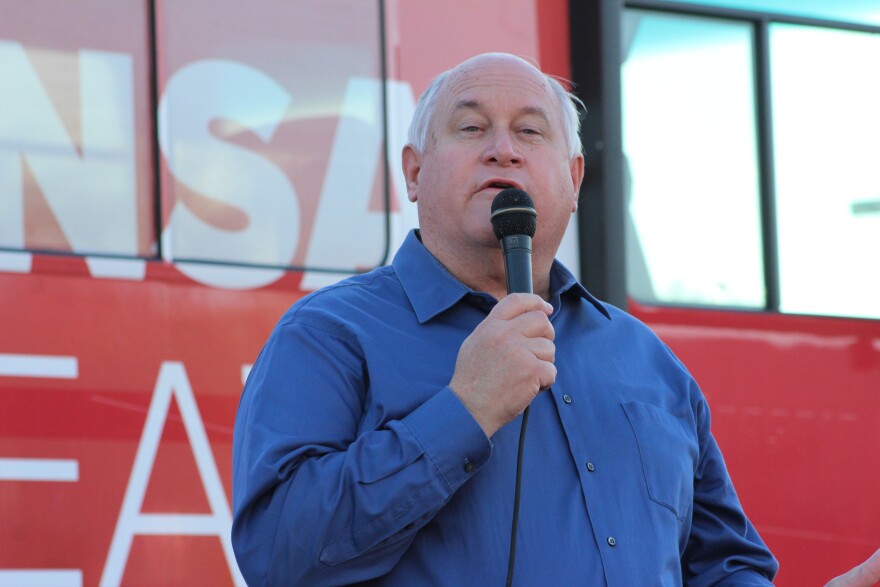 The Associated Press called the race at about 9:25 p.m., with Estes receiving about 60% of the vote with 40% of precincts counted. He beat Democratic challenger Laura Lombard, who received about 39% of the vote.

This will be Estes’ second full term; he was first elected in a close 2017 special election to replace now-Secretary of State Mike Pompeo and easily won his re-election bid in 2018. Prior to serving in Congress, Estes was Kansas’ state treasurer.

Lombard is an international trade specialist who ran unsuccessfully for Democratic nominations in 2017 and 2018.

The district has historically been represented by a Republican; only three Democrats have held the seat in the past century, the last being Dan Glickman, who lost his bid for a 10th term in 1994.

If you’re a novice or on a budget, it’s easy to walk away from a wine tasting feeling lost. Local wine shop Underdog is working to make grape education more accessible with Wine by the Class, a … END_OF_DOCUMENT_TOKEN_TO_BE_REPLACED

November 28, 2022 Sports Jeremey Theron Kirby, Photographer In 2018, the Kansas City Chiefs and the Los Angeles Rams played what many consider to be the greatest … END_OF_DOCUMENT_TOKEN_TO_BE_REPLACED

Limitless Brewing beers/Courtesy photo Limitless Brewing was Lenexa’s first brewery and has enjoyed being tucked away in an industrial park just west of I-35. With little signage … END_OF_DOCUMENT_TOKEN_TO_BE_REPLACED

When the Covid lockdown closed the dining room of Lawrence mainstay Ramen Bowls, owner Shantel Grace found herself reconsidering the restaurant industry as a whole. Though she was still open for … END_OF_DOCUMENT_TOKEN_TO_BE_REPLACED

The Annie boots by Tecovas/Photo by Samantha Levi Don’t mosey into the new Tecovas store in Leawood looking for jeans with rhinestones on the pockets. The Texas-based brand, founded … END_OF_DOCUMENT_TOKEN_TO_BE_REPLACED