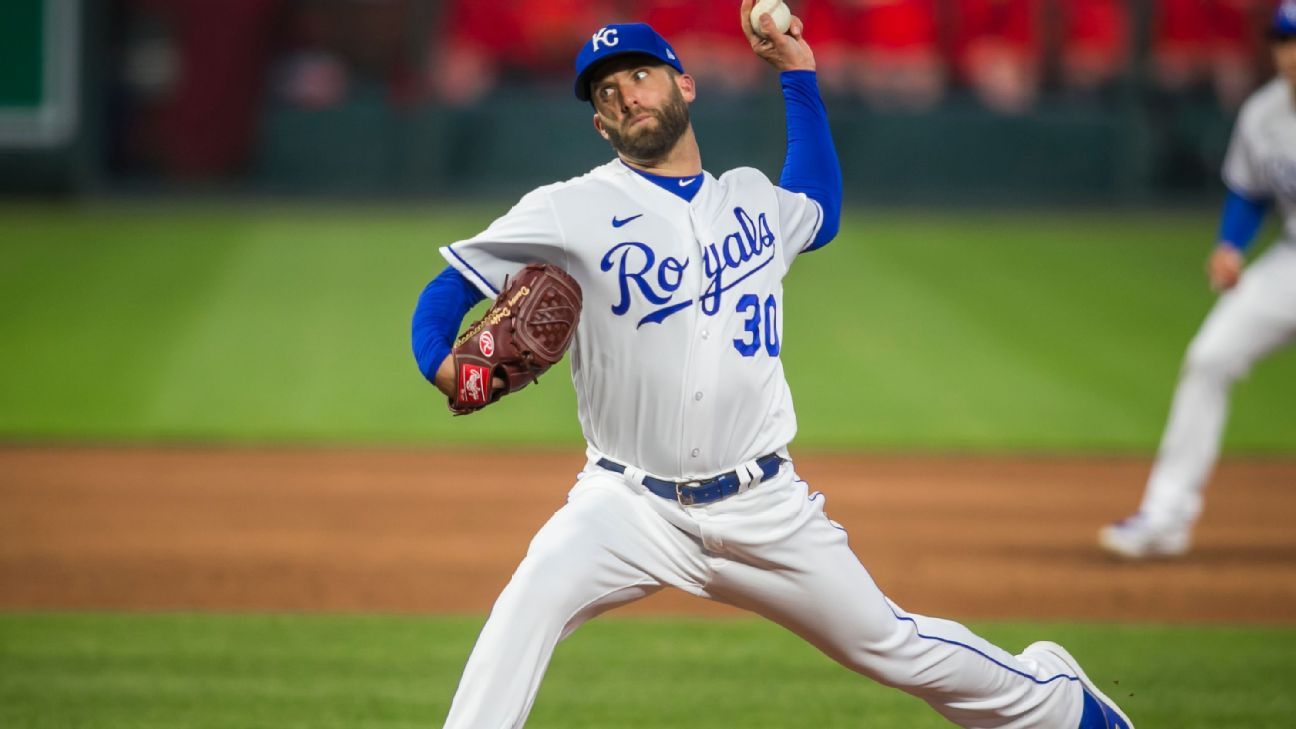 KANSAS CITY, Mo. — The Kansas City Royals placed Danny Duffy on the injured list Monday after the left-hander experienced pain in his left forearm, though an MRI exam showed it was a flexor strain and not something more serious.

The move with one of the top starters in baseball this season is retroactive to Friday. Duffy’s last start was Wednesday in Detroit, where he allowed four runs over six innings with eight strikeouts and two walks.

“You know, I tried to wait as long as you could without trying to put the team and the bullpen in a hole,” Duffy said before the Royals opened a two-game series against Milwaukee on Tuesday night. “I was pretty confident I could make a start today but pretty confident for me is probably a little different than a lot of people.”

Duffy said he tried to play catch and couldn’t get loose, so he asked head trainer Nick Kenney to take a look. The results of the MRI exam came as something of a relief to Duffy, who underwent Tommy John surgery in 2012.

“Honestly, I was really thankful for the news it wasn’t something worse. I’ll be back in no time,” Duffy said. “I’ll just sit for about five days and then re-asses. It’s just one of those things that happen.”

The Royals filled his roster spot by returning right-hander Kyle Zimmer from his rehab assignment. He had reported to Triple-A Omaha about a week ago as he ramped up work following a back injury.

Duffy has gone through long periods of ups and downs during his career in Kansas City, but he’s been riding arguably the hottest streak of his career. He’s seventh in the majors among qualified starters with a 1.94 ERA through seven starts, and he has 48 strikeouts in 41 2/3 innings while pitching into the sixth inning in all but one start.

“Not great news for us,” Royals manager Mike Matheny said. “I know these guys always have something that’s kind of barking and it’s just a matter of how your body rebounds, and for starters, they can tell, ‘Is this my normal pain?’

“Danny has just been throwing the ball so well,” Matheny continued. “(The pain) just wasn’t backing off. We got to Sunday and it just wasn’t rebounding. It was time to take a look for a number of reasons, but the biggest was peace of mind so that he knows exactly what we’re looking at.”

Kris Bubic got the start in Duffy’s place Tuesday night. He had allowed two runs in 12 2/3 innings in relief this season.

“We’ll be OK,” Duffy said. “It’s very disappointing, don’t get me wrong. I swear, there’s a parallel universe where I’m going to make every start at some point in the year. But I’m going to keep grinding for that and give my team as much as I can. It’s a big source of pride for me if my body is able to go get it and unfortunately right now it’s not.”

Jared Wolfe’s original plan was to call his barbecue pit Lone Wolfe. That, he quickly came to feel, would be living a lie. “I didn’t feel like it was a good fit, to be honest,” he says. “I … END_OF_DOCUMENT_TOKEN_TO_BE_REPLACED

Posted on January 18, 2022 The City of Overland Park will begin an engagement phase of a new small business rescue program scheduled to launch in Spring 2022. The Overland … END_OF_DOCUMENT_TOKEN_TO_BE_REPLACED

Posted on January 13, 2022 The Overland Park Crisis Action Team has hit the ground running in 2022, and there’s already a new four-legged team member on board. The behavioral … END_OF_DOCUMENT_TOKEN_TO_BE_REPLACED