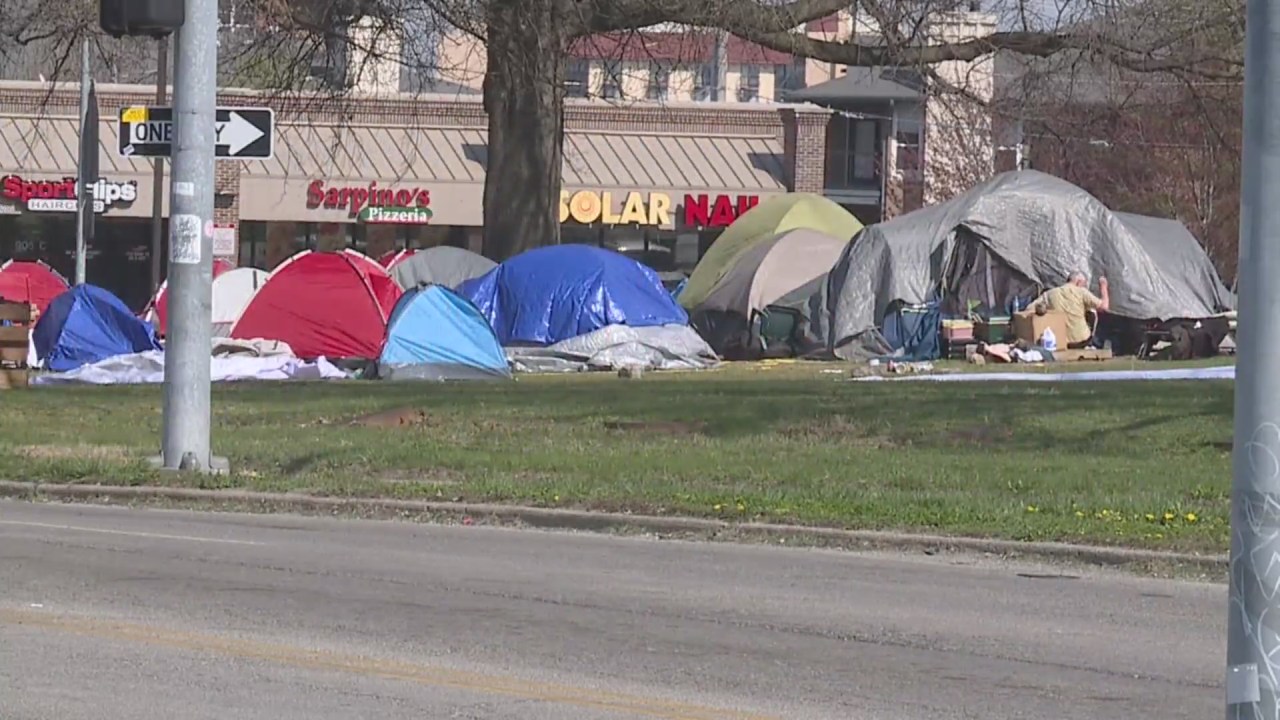 Mayor Quinton Lucas tweeted, saying the city agreed to providing safe and warm hotel rooms where houseless people can relocate. Lucas also agreed to introduce a proposal that would give people earning below 30% the area median income preference on vacant homes and land bank properties.

The work won’t stop there. Mayor Lucas also tweeted about a plan to help those without homes find and keep jobs. Many of those jobs will come through the city’s public works department.

The city will also work to find permanent tent locations where the homeless can live and also receive help from different social service organizations.

According to the mayor, Thursday marks the fourth straight day that he and Kansas City Councilwoman Ryana Parks-Shaw met with the group representing the homeless.

“I am proud that today we will get people into services and sustainable publicly supported long-term housing opportunities for themselves and their families,” Lucas tweeted.

Despite a notice for homeless groups to vacate camps located at City Hall and in Westport, both camps remain and people living at the sites will not be forced to leave without other options.

While some cleanup initiatives have happened at City Hall, the tents have seemingly multiplied overnight at the Westport site.

Support for the various camps has been growing around the city, and there’s was common agreement among many that something needed to be done.

Standing in the same location since 1857, the City Market is nearly as old as Kansas City itself. In the 1850s, over three hundred steamboats traveled on the Missouri River—including the Arabia before … END_OF_DOCUMENT_TOKEN_TO_BE_REPLACED

At 6 p.m. this Friday at the Kauffman Center, TEDxKC will have a lineup of ten speakers whose expertise range from a sky full of stars to the key to happiness to a MacArthur Genius. The theme is … END_OF_DOCUMENT_TOKEN_TO_BE_REPLACED

Mesoamericans called it food of the gods. From central Mexico down to Honduras, where the cacao tree grows native, ancient Olmecs, Mayans and Aztecs would gather the oblong fruit and break open its … END_OF_DOCUMENT_TOKEN_TO_BE_REPLACED

The definition of “comfort food” tends to vary depending on who you ask. At two new Brookside restaurants, Brady & Fox and Earl’s Premier, the term applies both to time-honored Irish recipes and East … END_OF_DOCUMENT_TOKEN_TO_BE_REPLACED

The King of Cass County’s bold vision for Harrisonville imploded. Can anyone revive it? It’s 5 pm on a Monday night in downtown Harrisonville. Only one other car is parked in the square. … END_OF_DOCUMENT_TOKEN_TO_BE_REPLACED