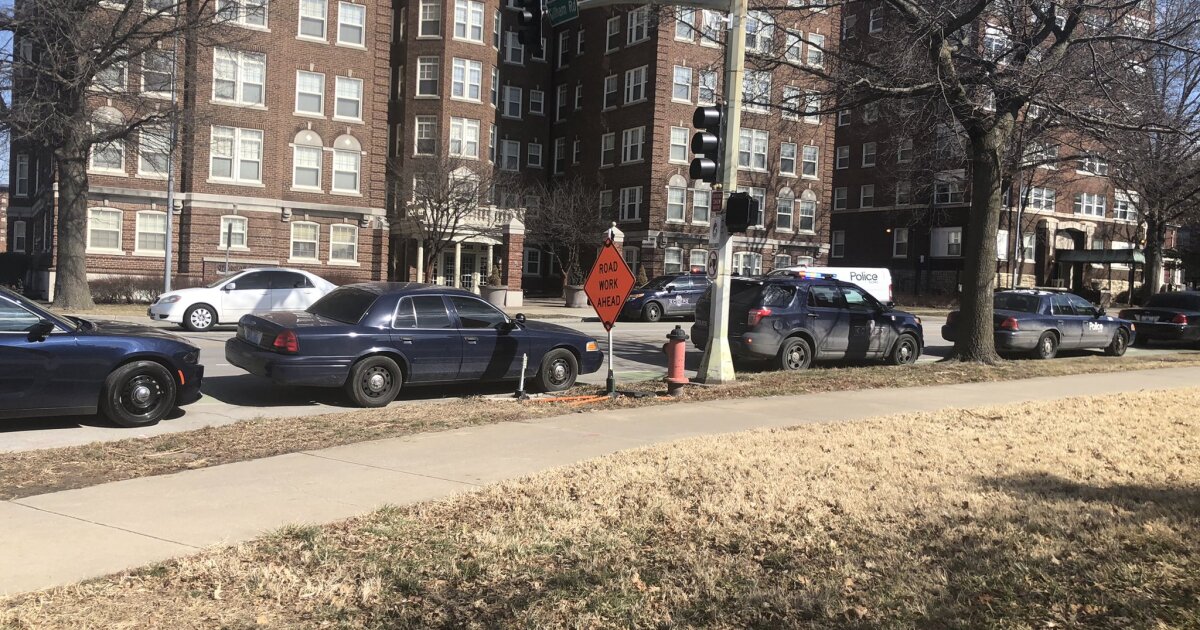 The Kansas City, Missouri, Police Department is working a scene near the 400 block on East Armour Boulevard & Gillham Road.

Officers responded to an apartment building on a reported shooting. They the found an adult male dead.

Detectives are interviewing potential witnesses and processing the crime scene. There is no suspect information at this time.

Officers found a person dead inside a vehicle after arriving on scene. A second male victim was also shot, but suffered non life-threatening injuries.

About an hour later, officers also responded to a scene near 115 Northwest Harlem Road on a reported stabbing. Witnesses reported hearing gunshots.

KCPD said two people were in an apartment when a third person arrived at the apartment and killed the victim. The victim was taken area hospital where they later died. The cause of death is still under investigation.

At this time last year, KCMO had also recorded 23 homicides.

This is a developing story and will be updated.

Standing in the same location since 1857, the City Market is nearly as old as Kansas City itself. In the 1850s, over three hundred steamboats traveled on the Missouri River—including the Arabia before … END_OF_DOCUMENT_TOKEN_TO_BE_REPLACED

At 6 p.m. this Friday at the Kauffman Center, TEDxKC will have a lineup of ten speakers whose expertise range from a sky full of stars to the key to happiness to a MacArthur Genius. The theme is … END_OF_DOCUMENT_TOKEN_TO_BE_REPLACED

Mesoamericans called it food of the gods. From central Mexico down to Honduras, where the cacao tree grows native, ancient Olmecs, Mayans and Aztecs would gather the oblong fruit and break open its … END_OF_DOCUMENT_TOKEN_TO_BE_REPLACED

The definition of “comfort food” tends to vary depending on who you ask. At two new Brookside restaurants, Brady & Fox and Earl’s Premier, the term applies both to time-honored Irish recipes and East … END_OF_DOCUMENT_TOKEN_TO_BE_REPLACED

The King of Cass County’s bold vision for Harrisonville imploded. Can anyone revive it? It’s 5 pm on a Monday night in downtown Harrisonville. Only one other car is parked in the square. … END_OF_DOCUMENT_TOKEN_TO_BE_REPLACED