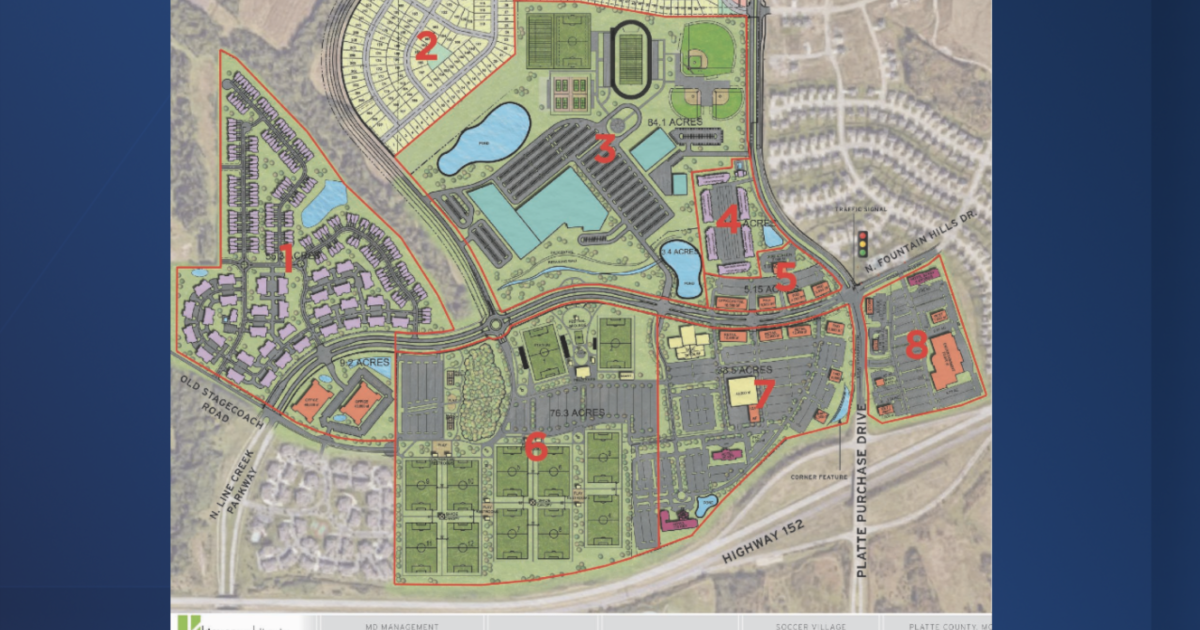 KANSAS CITY, Mo. — UPDATE | The Transportation, Infrastructure and Operations Committee voted to modify the proposal and send it to the full city council, but it did not include a recommendation on whether the council should pass or deny the project. The council will review the modified proposal Thursday afternoon.

Modifications include requiring the city and Sporting KC to review revenue-sharing possibilities, revisiting agreements the two agencies currently have in place at the Swope Soccer Village and providing extra funding to the public works department in order to complete the project.

ORIGINAL STORY | When a committee of Kansas City, Missouri, council members meet Wednesday morning to discuss a proposed youth soccer complex in the Northland, they will hear from a man who started an online petition opposing the plan.

As it stands, the plan calls for the city to spend roughly $36 million to build a 10-field soccer facility near the Twin Creeks Village development at Missouri Route 152 and North Platte Purchase Drive.

Sporting KC would run the facility and be responsible for operation and maintenance costs.

City Councilman Dan Fowler sponsored previous legislation to find funding sources for a soccer complex in the Northland. He said a new facility would be up and running by spring or summer of 2022 if the city approves it.

He expects the facility to host tournaments, which would draw out-of-town crowds to spend money in the city.

Fowler pointed out $17 million the city plans to set aside for the project must be spent within a certain boundary of the Northland because it was collected from a special project in the same area. He said much of the remaining proposed funding must be spent on capital projects like building a destination-type of facility.

Chris Goode, a Kansas City resident and business owner, started an online petition against the proposal. He argues the city should prioritize tax dollars to solve issues like violent crime, homelessness, helping small businesses during the pandemic and promoting equity within the parks system.

“But we have $36 million to build a luxurious soccer complex that doesn’t stand to benefit Kansas City collectively?” he asked. “We hope it will generate all these tax revenues and we’re hoping that in the midst of a global crisis.”

The city’s Transportation, Infrastructure and Operations Committee will review the proposal during a meeting Wednesday at 9 a.m. The next step would be for the proposal to move on to the full city council for debate.

Kansas City has long loved local lager. The vacant Imperial Brewery Co. building looming ominously over I-35, just south of downtown Kansas City, is proof. Built in 1902, at its zenith the six-story … END_OF_DOCUMENT_TOKEN_TO_BE_REPLACED