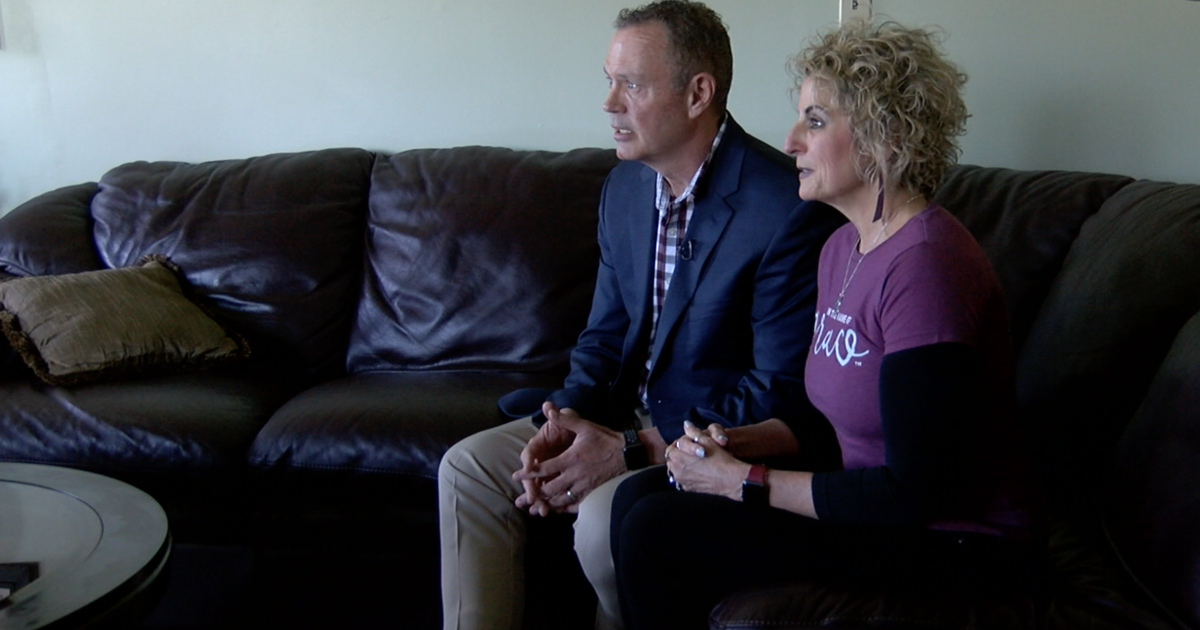 KANSAS CITY, Mo. — Rob and Anissa Elsey have made some of their best memories in a place they never thought they’d visit: an Oxford House.

The nationwide organization provides structure and a sober living environment for people recovering from drug or alcohol addiction. It has locations across the Kansas City, Missouri, area.

The Northland Kansas City couple found themselves in an Oxford House on their daughter’s journey with drug addiction.

“I have more respect for people in recovery than anybody else in the world,” Rob Elsey said plainly.

He quickly realized in Kansas City there were more people in recovery than spaces available at sober living centers like Oxford House. Part of the reason why was the state of Missouri stopped funding an outreach position, so Oxford House stopped expanding.

The couple founded In the Name of Grace, a nonprofit to raise money to fund that outreach for Oxford House in Missouri. The organization allowed Oxford House to hire Lance Whitney who now helps establish new houses.

Since 2017, In the Name of Grace has helped Oxford House open 13 new houses in the Kansas City area and reorganize five existing programs.

“Grace stands for giving recovering addicts a chance to evolve,” Anissa pointed out. “That is exactly what Oxford does. It gives people who are truly in their recovery the opportunity to learn how to get back on their feet and evolve from the person they were before to who they can become.”

The Elseys found inspiration to launch the nonprofit from the story of Liz Murray. She was made famous from the Lifetime film which depicted her life called, “Homeless to Harvard: The Liz Murray Story.”

Murray grew up in New York with drug-addicted parents. Thanks to mentors and more, she graduated high school and earned a scholarship to Harvard University.

“I was greeted by mentors and teachers who said, ‘We’re here for you. If you’ll bet on yourself, we’ll bet on you.’ And when I think of Oxford House, I think of grace,” Murray pointed out.

Now a published author who also runs a mentoring program, Murray speaks professionally about living so close to addiction and forgiveness.

Murray will share her journey during a virtual fundraiser called “Grace Speaks” to benefit In the Name of Grace on Tuesday, April 20.

“Let’s let’s be real, I mean, it’s so confusing this journey of addiction and it’s chaotic,” Murray admitted. “But by listening to the panel [on Grace Speaks] and by listening to the talk and really participating in the event, it can start to clarify that bigger picture of, ‘Okay, it is possible for folks to heal, there is a place for this, I can be part of that solution, and there is hope.’ ”

Her message so changed the Elseys, they hope it impacts viewers as well.

To participate in the Grace Speaks fundraising event, visit the nonprofit’s website. Tickets are $25. If you cannot stream the event when it debuts at 7 p.m., your ticket will allow you to watch a recording on your own time.

Kansas City Restaurant Week is entering its final stretch, with special menus available this weekend and then gone for a year. Restaurant Week deals are, as always, great: For $15, $35 or $45, … END_OF_DOCUMENT_TOKEN_TO_BE_REPLACED

Photo by Strangelabz LLC Since 2019, keyboardist Vincent Orsolini and drummer Tyree Johnson have led the local jazz fusion band Everyday Strangers. They are among a group of … END_OF_DOCUMENT_TOKEN_TO_BE_REPLACED

Our story with the most engagement since our last issue—and, indeed, for all of 2021—was the war of words between Crossroads cocktail spot SoT and Patrick Mahomes’ controversial kid brother. The … END_OF_DOCUMENT_TOKEN_TO_BE_REPLACED

Chiefs-Bills Both KC and Buffalo dominated their opponents in the first round of the playoffs, blowing out Pittsburgh and New England respectively. Now, the top two young quarterbacks in the … END_OF_DOCUMENT_TOKEN_TO_BE_REPLACED

Jared Wolfe’s original plan was to call his barbecue pit Lone Wolfe. That, he quickly came to feel, would be living a lie. “I didn’t feel like it was a good fit, to be honest,” he says. “I … END_OF_DOCUMENT_TOKEN_TO_BE_REPLACED