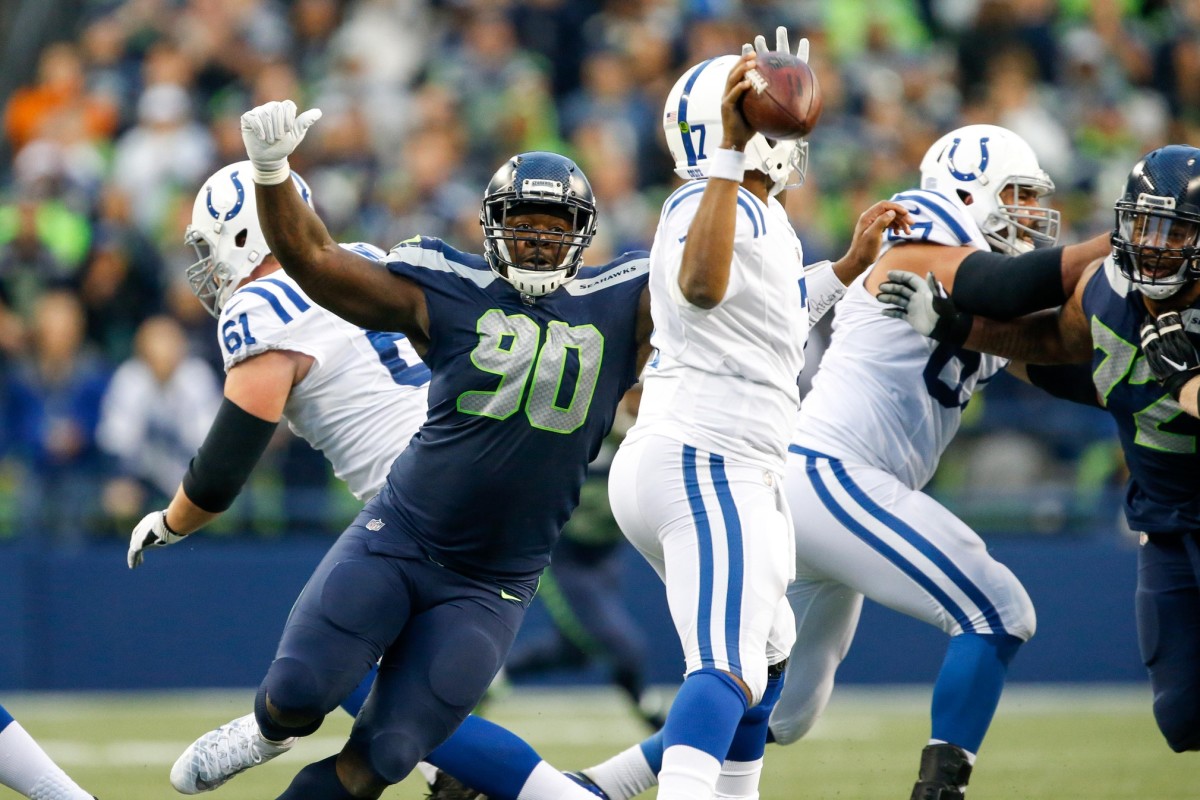 The Kansas City Chiefs have signed former Seattle Seahawks defensive tackle Jarran Reed, adding a new name to the middle of the team’s defensive line, according to Jeremy Fowler of ESPN.

Ian Rapoport of NFL Network reports it’s a one-year deal worth up to $7 million with $5 million guaranteed for Reed, giving him a chance to hit the market again next year.

“Had it been about the money, he would’ve stayed in Seattle,” Rapoport tweeted.

Nate Taylor of The Athletic tweeted that the Chiefs “beat out seven other teams” in pursuit of Reed.

Louis Riddick of ESPN tweeted an expectation about what the Reed signing could mean for the Chiefs and star defensive lineman Chris Jones in 2021.

Expect to see Chris Jones play more DE on first and second down, stay inside on 3rd down (was used like this in AFC Championship two years ago vs Titans). Reed acquisition going to make #Chiefs DL much better, more multiple.

Sam Hays of Arrowhead Report tweeted out an early impression on the signing.

I don’t think we’ll see Jarran Reed cause that much havoc, his volume numbers in Seattle were good, but his efficiency numbers were meh. Average pressure rate, average grading. Not sure he’s a real upgrade on Wharton or Nnadi.

The Seahawks reportedly attempted to trade Reed before ultimately releasing him on March 26. Corbin Smith of SeahawkMaven wrote about Reed’s time in Seattle after his departure.

Reed, 28, enjoyed a strong bounce-back season for the Seahawks in 2020, registering 38 tackles, 6.5 sacks, and 14 quarterback hits while starting all 16 regular season games. Aided by the arrival of defensive end Carlos Dunlap in a midseason trade, his stellar play continued into the playoffs, as he sacked quarterback Jared Goff twice in a 30-20 loss to the Rams in the wild card round.

Unfortunately, Seattle couldn’t afford to retain both Dunlap and Reed this offseason. Though they released Dunlap earlier this month to create $14 million in cap space, the team preferred re-signing him at a more team-friendly rate over the long-term extension Reed sought. Unwilling to add more than an additional year to his contract to lower his 2021 cap hit, talks between the two sides reached an impasse, leading to his inevitable departure.

What does this mean for the 2021 Chiefs?

Riddick’s report is the most interesting element of this signing. If Reed was signed to essentially replace Jones on the inside — allowing Jones to move to defensive end, at least on early downs — the Chiefs are planning on starting Jones and Frank Clark at the defensive end positions and rotating Derrick Nnadi, Tershawn Wharton, Khalen Saunders and Reed in on the interior. If they still plan on keeping Jones at DT, this move gives the Chiefs a much stronger 1-2 punch in the middle of the d-line, though they’d still look to upgrade at EDGE.

The early-down vs. late-down lineup split Riddick mentioned is an interesting possibility. Jones could play at defensive end opposite Clark on first and second downs, relying on Reed, Nnadi and Wharton to hold the middle of the line, particularly on early-down runs. Then, on likely passing downs, Jones moves back inside, sending Nnadi to the sideline and bringing in Taco Charlton (or another EDGE) back in to rush the quarterback. It’s a strategy the Chiefs are uniquely qualified to pull off thanks to Jones’s skillset.

Regardless of the Chiefs’ true plans across the defensive line, Jones’s versatility does give the pass-rush some extra flexibility, providing more ways to get the line’s best players on the field. My hunch is that we’ll start hearing rumors about the Chiefs’ plans with Reed and Jones in the days to come, perhaps starting with Riddick’s tweet.

Plus, Patrick Mahomes appears to be a fan of the move.

The Iowa High School Athletic Association announced this afternoon that, because of the weather forecast on Wednesday, the schedule has been adjusted.The heat index is forecasted to reach between 105 … END_OF_DOCUMENT_TOKEN_TO_BE_REPLACED