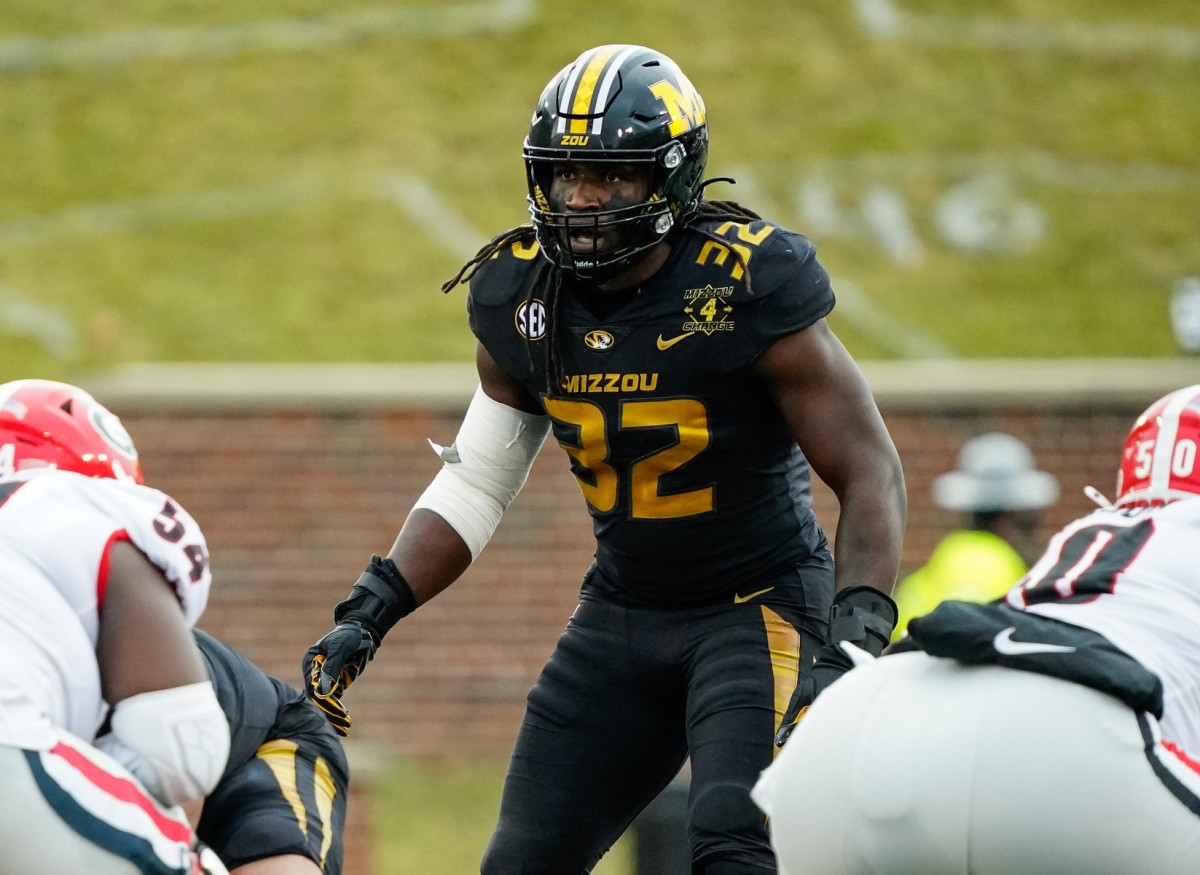 The Kansas City Chiefs’ rookies have received the numbers they’ll be wearing for the 2021 NFL season, so feel free to place your first jersey orders.

Bolton moves from his college number, 32, to 54 — most famous in Kansas City for being worn by longtime great guard Brian Waters, who was a six-time Pro Bowler, two-time first-team All-Pro and the 2009 Walter Payton NFL Man of the Year.

According to Harold Kuntz of Fox 4, Bolton said 54 is a family number and he wanted to continue the tradition.

Gray will wear Stephone Paige’s 83, moving from his collegiate 87 which is currently worn by Chiefs tight end Travis Kelce.

Powell will take 14 shortly after it was vacated by Sammy Watkins, who played a major role in the Chiefs’ offense in the Patrick Mahomes era. Previously, 14 belonged to Chiefs Hall of Famer Ed Podolak.

There was an extra wrinkle in this year’s number-choosing process, and it started with the Chiefs. In April, the Chiefs proposed a rule change that would allow players at various positions to choose from a wider array of numbers. The NFL later approved the change, opening up the following options across positions:

In addition to the numbers for the newcomers, the Chiefs could potentially still have veteran players who choose to change their numbers thanks to the new rule-change, adopting a collegiate-style numbering system.

Oktoberfest You won’t go thirsty at Kansas City Bier Company’s annual Oktoberfest, which returns to Crown Center on October 7 and 8. Among the offerings are traditional lagers in the style of Munich … END_OF_DOCUMENT_TOKEN_TO_BE_REPLACED

When you think about wine, do you picture Missouri? If not, a new documentary by TasteMAKERS hopes to change your mind. “I fell in love with Missouri wine early on,” says Cat Neville, the … END_OF_DOCUMENT_TOKEN_TO_BE_REPLACED

Photo by staff. Ashton Bethel started making home decor during the pandemic as a hobby. Now, she has her own business: High Noon Pottery (@highnoonpottery). Typically, Bethel … END_OF_DOCUMENT_TOKEN_TO_BE_REPLACED

You can never tell the secrets a tortilla holds. I am not referring to what this deceptively plain wrapper carries between its folds: the al pastor licked with heat and pineapple or some impossibly … END_OF_DOCUMENT_TOKEN_TO_BE_REPLACED

Here are nine great things to do in Kansas City the weekend of September 29 to October 2, including the biggest barbecue in the world, a mashup of Oktoberfest and Dia de los Muertos and the Violent … END_OF_DOCUMENT_TOKEN_TO_BE_REPLACED