At 6 feet and 232 pounds, Kansas City Chiefs rookie linebacker Nick Bolton passes the eye test. If you saw him on the street in plain clothes, you might say to yourself, “Whoa, look at that guy! He’s built like a linebacker!”

Chiefs general manager Brett Veach and his staff must have thought the same thing when they selected Bolton with the 58th overall pick of the 2021 NFL Draft. But regardless of his draft position, Bolton is still a rookie — one who is now in a league full of guys who pass the eye test. Talking to the media via Zoom after reporting to St. Joseph on Friday, he said he is aware that nothing in the NFL is given.

“Yeah. I kind of got a lot of advice going throughout all of this,” he told reporters. “But most importantly, just [from] the vets: just taking it day by day, trying to improve every single day. That’s kind of the mindset that everybody’s told me about getting here. So that’s what I’m going to do and try to execute that: just getting better every single day.”

The Chiefs have their eyes on a third straight Super Bowl appearance — and Bolton made it clear that he knows the expectations inside the team’s locker room.

“I know what the ultimate goal here is — and I’m just trying to do my part: trying to be a part of winning a championship and doing my one-eleventh.”

To do “his one-eleventh,” he knows that he needs to be on the field. Defensive coordinator Steve Spagnolo has often shied away from starting rookies. Bolton knows that it’s up to him to change his coach’s mind.

“I learned the playbook, communication, the intangible things that you don’t get by just reading the playbook. It’s about being out there with the guys. So I’m trying to go ahead and improve on that during training camp … I just know the expectation is for me to build trust — and that comes with repetition and doing things correctly all the time. So that’s the kind of expectation I have for myself: just have to go out there and execute every single day, and just give [Spagnolo] confidence.”

Bolton is aware that his success is dependent on doing the little things right. To earn the trust he talked about, he’ll have to learn the nuances of the defense — something that can only be gleaned from being on the field. To help him along this path, Bolton said he has enlisted the help of veteran Chiefs linebacker Anthony Hitchens. 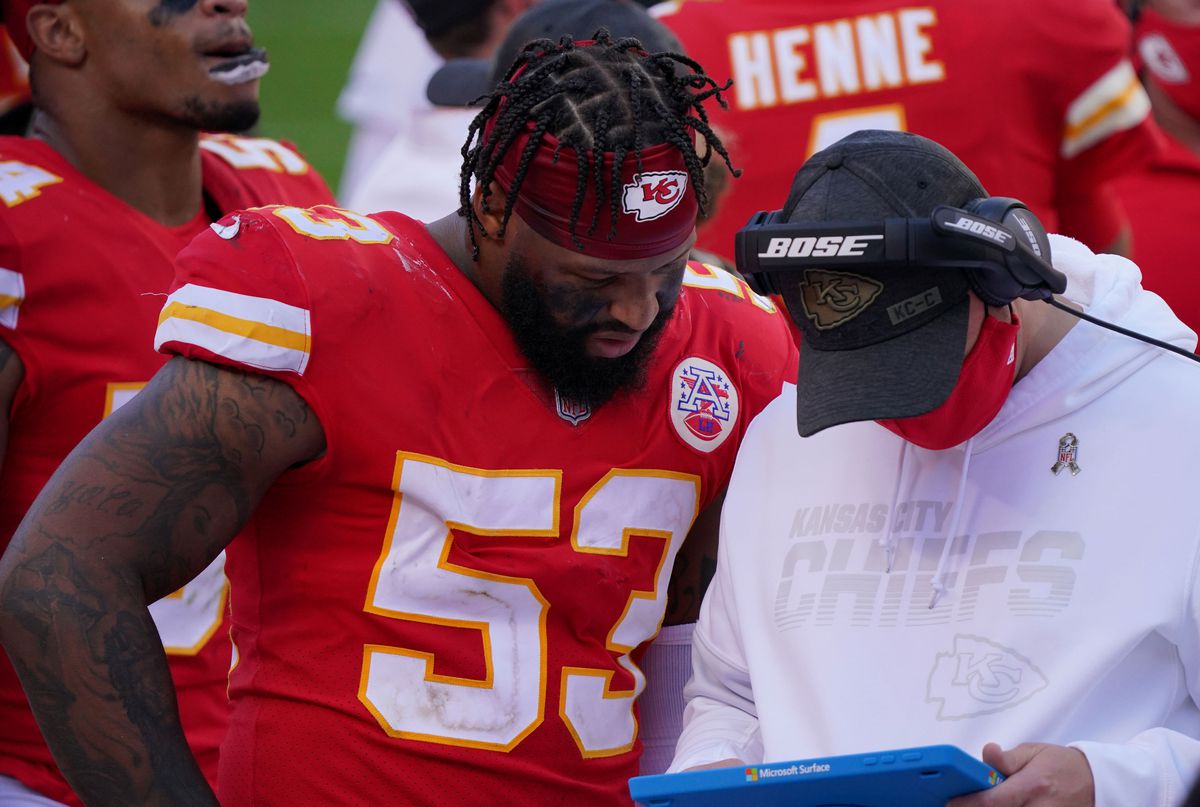 “Anthony Hitchens is one of the smartest football players that I know,” he said. “That guy is very seasoned … he knows what he is doing. I talk to him every day … about what to bring up here for training camp, or developing and how to learn the playbook … He’s been a big help.”

Bolton’s biggest strengths are in his ability to quickly diagnose a play and attack the line of scrimmage. Many scouts believe that his best value is as a MIKE linebacker— the position that Hitchens now fills. On other teams, this might be an issue — but not on the Chiefs. Hitchens has been the unquestioned leader of this linebacker unit since coming to Kansas City via free agency in 2018. He plays the part of a mentor very well — making sure Bolton doesn’t make the same mistakes that a lot of young players make when they first arrive at camp.

“The main thing he told me was kind of just bring a TV,” recalled Bolton. “A lot of guys just don’t bring a TV — so if you have downtime or you’re studying the playbook you can watch TV … He also just reminded me to bring pens, highlighters, pencils, stuff like that — stuff that a lot of guys forget to bring — so [when] you have time to write notes, you can rewrite your notes at nighttime … have everything neat and organized. That’s kind of the two big things he got on me about … just to make sure I’m all the way prepared.”

From Bolton’s remarks, Hitchens doesn’t seem concerned about whether the rookie may one day take his job. Instead, he appears more focused on helping Bolton succeed. Not everybody would think to tell a rookie to bring highlighters and pens to training camp. But Hitchens did — because that’s who Hitchens is.

And Bolton listened — because that’s who Bolton is.

Outpost Social Club in the Westside neighborhood has been serving dinner and late-night eats since it opened in July of 2021.  As of October, the sister business of hip nightspot Panther’s Place has … END_OF_DOCUMENT_TOKEN_TO_BE_REPLACED

Kansas City has always been a cowtown, starting with our history as being one of the world’s largest stockyards and continuing through today, as the city has a number of landmark cows. Here are six … END_OF_DOCUMENT_TOKEN_TO_BE_REPLACED

Pile in the family truckster, flip off the headlights and crank the Mannheim Steamroller Christmas album for a spectacular holiday light display experienced from the warmth of your car. Christmas in … END_OF_DOCUMENT_TOKEN_TO_BE_REPLACED

Posted on December 1, 2022 Overland Park now has more access to information about its Police Department than ever, thanks to a library of online transparency-focused … END_OF_DOCUMENT_TOKEN_TO_BE_REPLACED

Here are twenty-five great things to do in Kansas City this weekend, December 1-4, including a festive drink pop-up at Julep, an ugly Christmas sweater party, and several holiday markets and large … END_OF_DOCUMENT_TOKEN_TO_BE_REPLACED