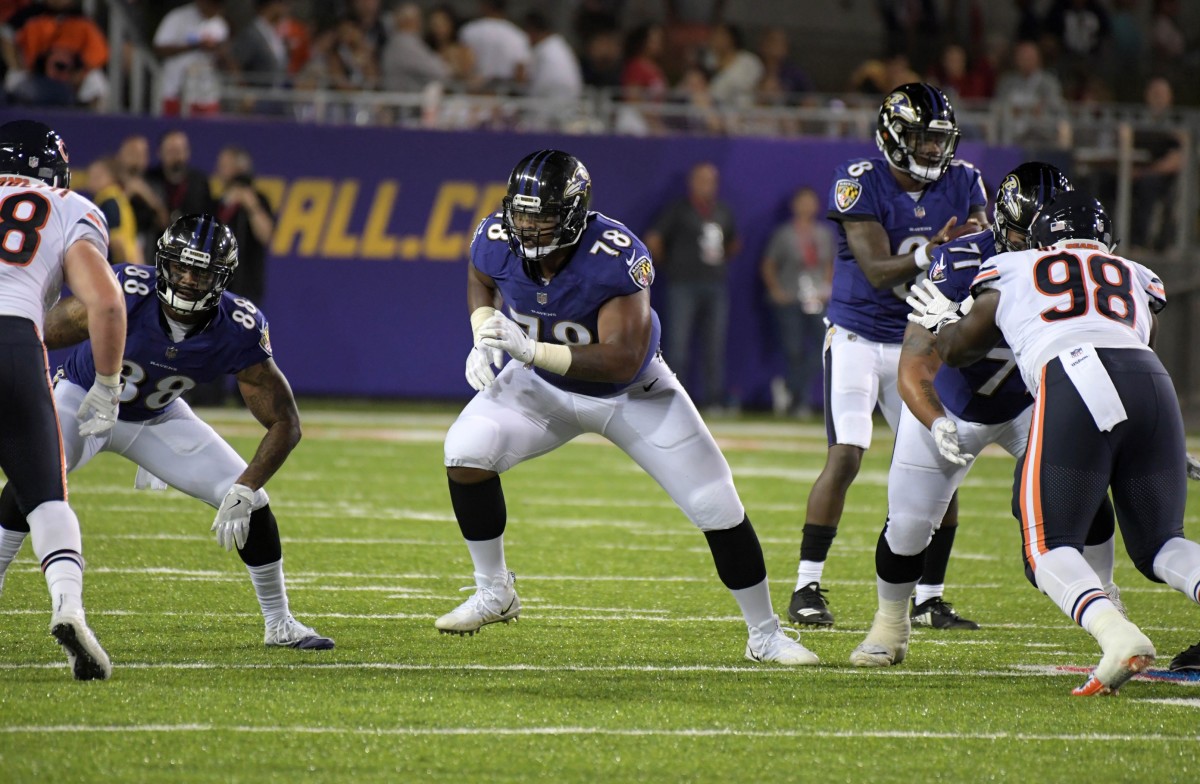 The Kansas City Chiefs didn’t want to wait until pick 31 in this year’s NFL Draft to acquire a new left tackle. General manager Brett Veach’s aggressive nature took over less than a week before the 2021 NFL Draft was set to begin when he traded the Chiefs’ 2021 picks 31, 94, and 136 in addition to a 2022 fifth-rounder. In return, the Chiefs got their left tackle in Orlando Brown Jr., the 58th overall pick in this year’s draft and a 2022 sixth-rounder.

This was a move the media and Chiefs fans alike had been speculating about for weeks. The Chiefs were aggressive in trying to convince left tackle Trent Williams to leave the San Francisco 49ers and join the Chiefs during the first week of free agency. That didn’t work out for Kansas City when Williams decided to stay put and sign the largest deal for an offensive lineman in NFL history.

Though it is tough to be patient at times, Veach seems like the kind of guy who doesn’t get too frazzled by any situation. Keeping his options open and making a trade before the draft to land a proven tackle who is just about to enter his prime seems like an even better acquisition than Williams. Another win for Veach and the Chiefs.

There will be questions in the coming weeks and months about a contract extension for Brown, who is in the last year of his rookie deal. The Chiefs will have options. Early reports indicate they don’t plan to extend him before the season starts. Veach and company could see how he looks in his first year before making a long-term decision.

They could use the franchise tag on him in 2022 and utilize him for two years before letting him walk or extending him to a long-term deal. If they use the franchise tag, they could also choose to tag and trade him, much like the Chiefs did with Dee Ford. The Chiefs would then, essentially, have just used him for a one-year rental to make a Super Bowl run and then move on and try to get draft capital in return. Another possibility would be to tag him while they work out an extension.

Whenever the Chiefs (most likely) extend Brown and knowing how Veach has worked the salary cap in the past, it seems likely the team would be able to extend him and finagle cap space when necessary. With the salary cap excepted to go up across the league in the next few seasons, this should only help the Chiefs in their pursuit to keep Brown here long-term.

Adding Brown to the roster gives the Chiefs their fourth new offensive lineman addition this offseason. Along with Brown, left guard Joe Thuney, center Austin Blythe, and right tackle/right guard Kyle Long were added to the mix. The team will also have right tackle Lucas Niang and right guard Laurent Duvernay-Tardif back after both players decided to opt out due to COVID-19 in 2020. The offensive line is locked and reloaded, and Patrick Mahomes should be happy and feel confident going into the season.

The Chiefs may not be done yet. There have been some rumblings around the league that the Chiefs may take a center-for-the-future through the draft that could challenge Blythe for that starting role. Time will tell, but Veach is always looking for ways to make the team better for this season and beyond.

Someone who may experience the biggest bump in production from all of these offensive line additions is second-year running back Clyde Edwards-Heliare. He was in line for a second-year jump before all of the moving and shaking along the line but now even more so, as the Chiefs have an elite rushing offensive line on the left side with the additions of Brown and Thuney. Edwards-Helaire could very well see Pro Bowl-caliber production this season.

The last time the Chiefs played a football game, Mahomes was running for his life on every possession. This revamped offensive line should give Mahomes more confidence and help the offense succeed in multiple aspects of the game along the way.

The Chiefs ended the 2020 season with a Super Bowl defeat. Anybody who watched the game saw the biggest weakness on the team, including Veach and head coach Andy Reid. The front office attacked the issue head-on during this offseason and seem to have solved the biggest holes on the roster before they even got to the draft.

With Mahomes at QB, there isn’t a timetable on when the Chiefs’ Super Bowl window will close. However, Veach wants to make sure he has the best opportunity to win multiple championships with this core of players from the first two Super Bowl runs. Adding Orlando Brown only solidifies that sentiment, and now the Chiefs can be flexible on draft night.

Oktoberfest You won’t go thirsty at Kansas City Bier Company’s annual Oktoberfest, which returns to Crown Center on October 7 and 8. Among the offerings are traditional lagers in the style of Munich … END_OF_DOCUMENT_TOKEN_TO_BE_REPLACED

When you think about wine, do you picture Missouri? If not, a new documentary by TasteMAKERS hopes to change your mind. “I fell in love with Missouri wine early on,” says Cat Neville, the … END_OF_DOCUMENT_TOKEN_TO_BE_REPLACED

Photo by staff. Ashton Bethel started making home decor during the pandemic as a hobby. Now, she has her own business: High Noon Pottery (@highnoonpottery). Typically, Bethel … END_OF_DOCUMENT_TOKEN_TO_BE_REPLACED

You can never tell the secrets a tortilla holds. I am not referring to what this deceptively plain wrapper carries between its folds: the al pastor licked with heat and pineapple or some impossibly … END_OF_DOCUMENT_TOKEN_TO_BE_REPLACED

Here are nine great things to do in Kansas City the weekend of September 29 to October 2, including the biggest barbecue in the world, a mashup of Oktoberfest and Dia de los Muertos and the Violent … END_OF_DOCUMENT_TOKEN_TO_BE_REPLACED