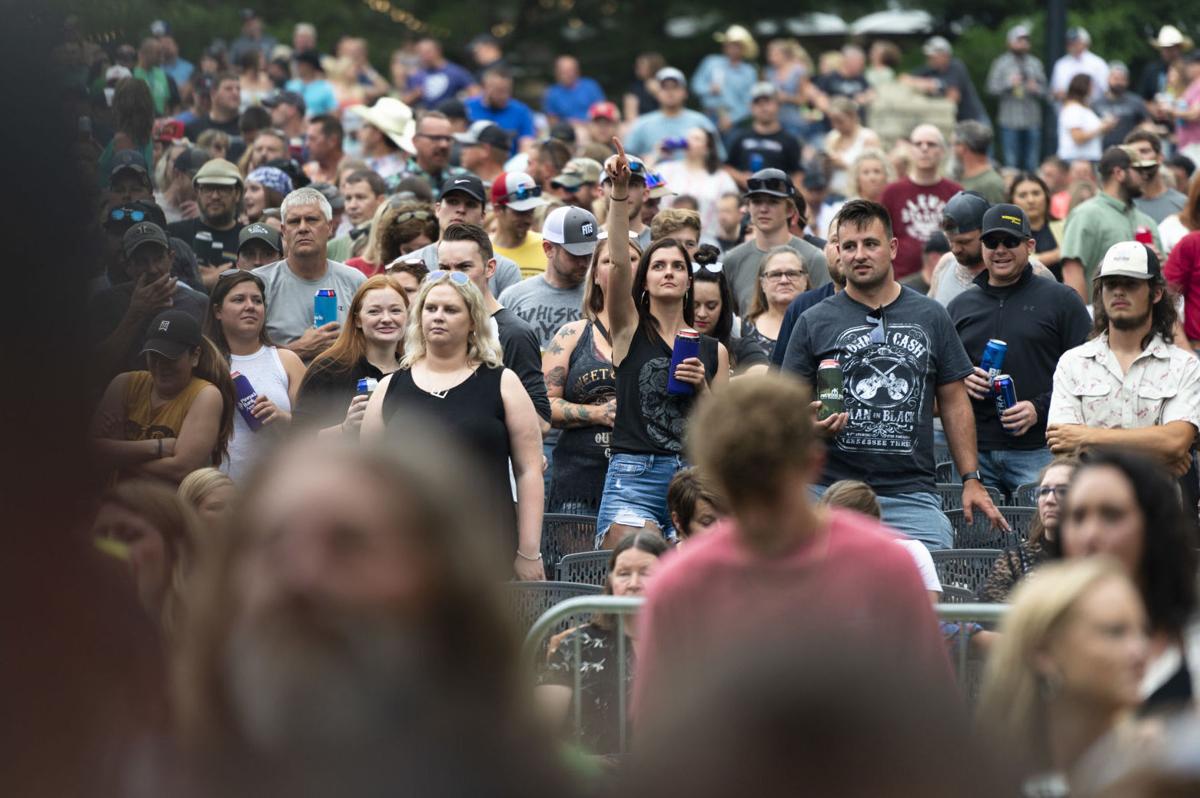 A woman points to the stage during the third song of Whiskey Myers’ opening act Friday at Pinewood Bowl. Jamey Johnson was the headliner for the concert, the biggest in Lincoln in more than a year. 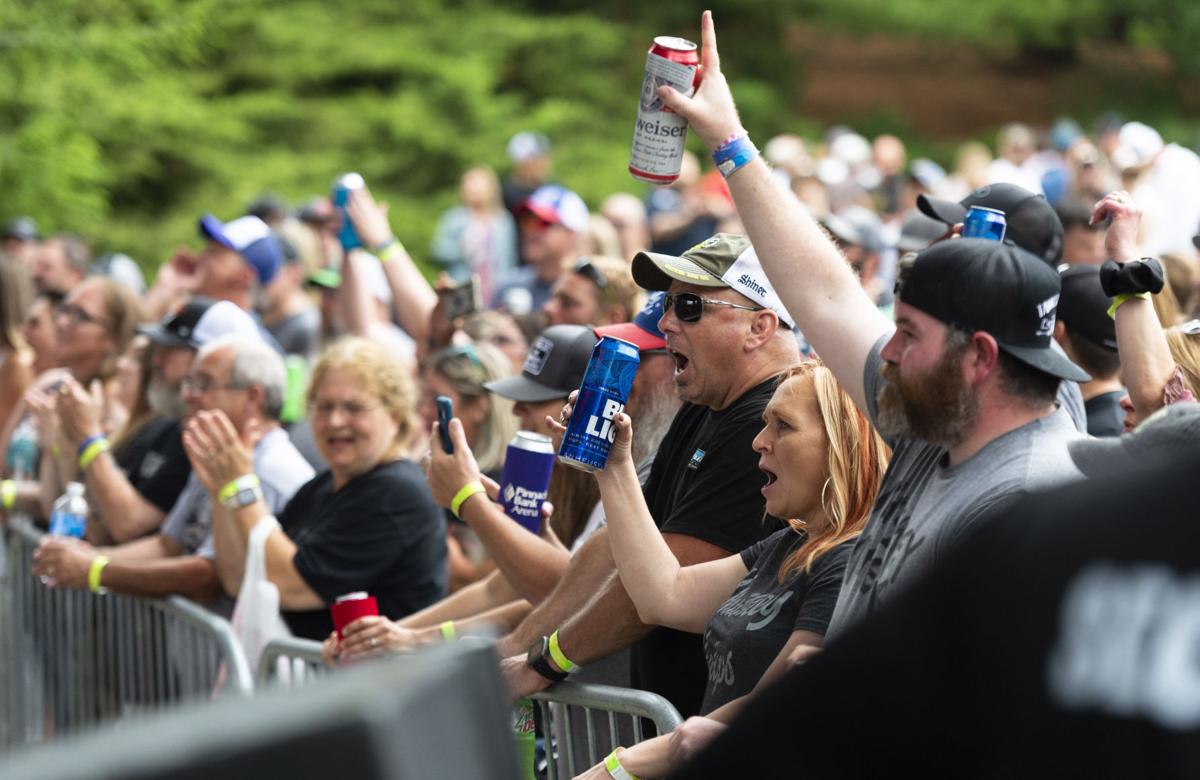 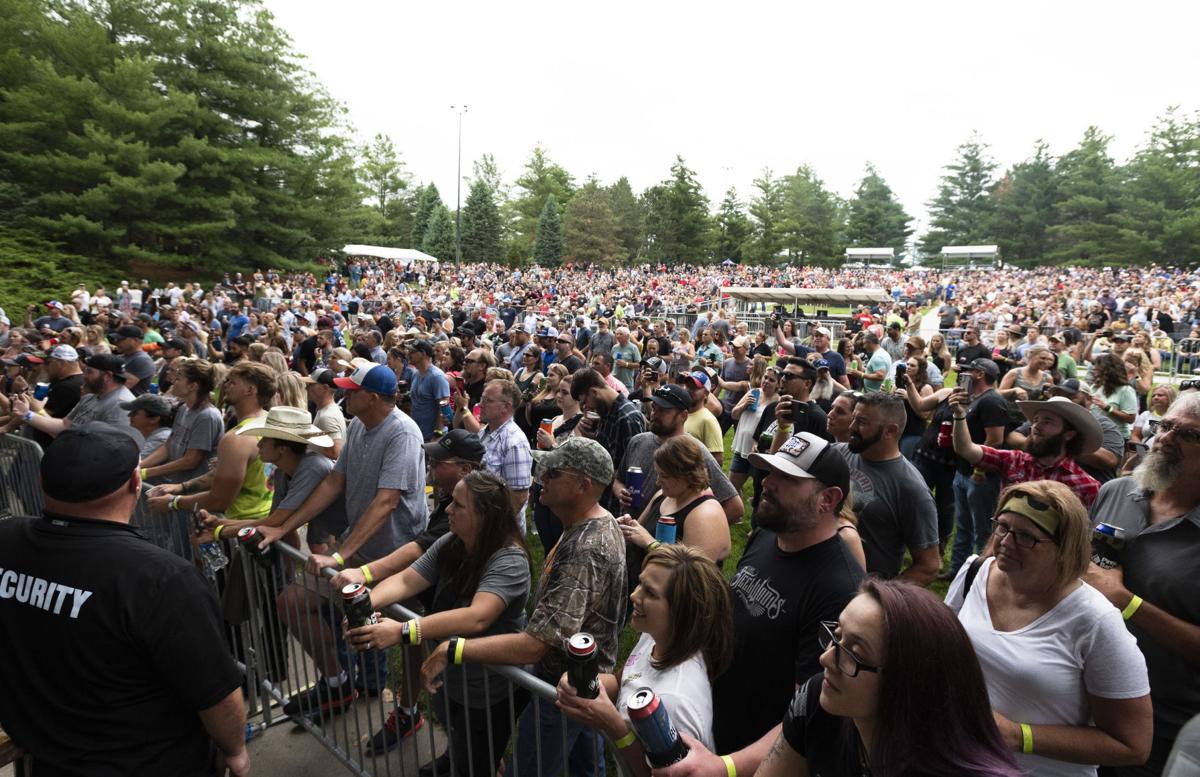 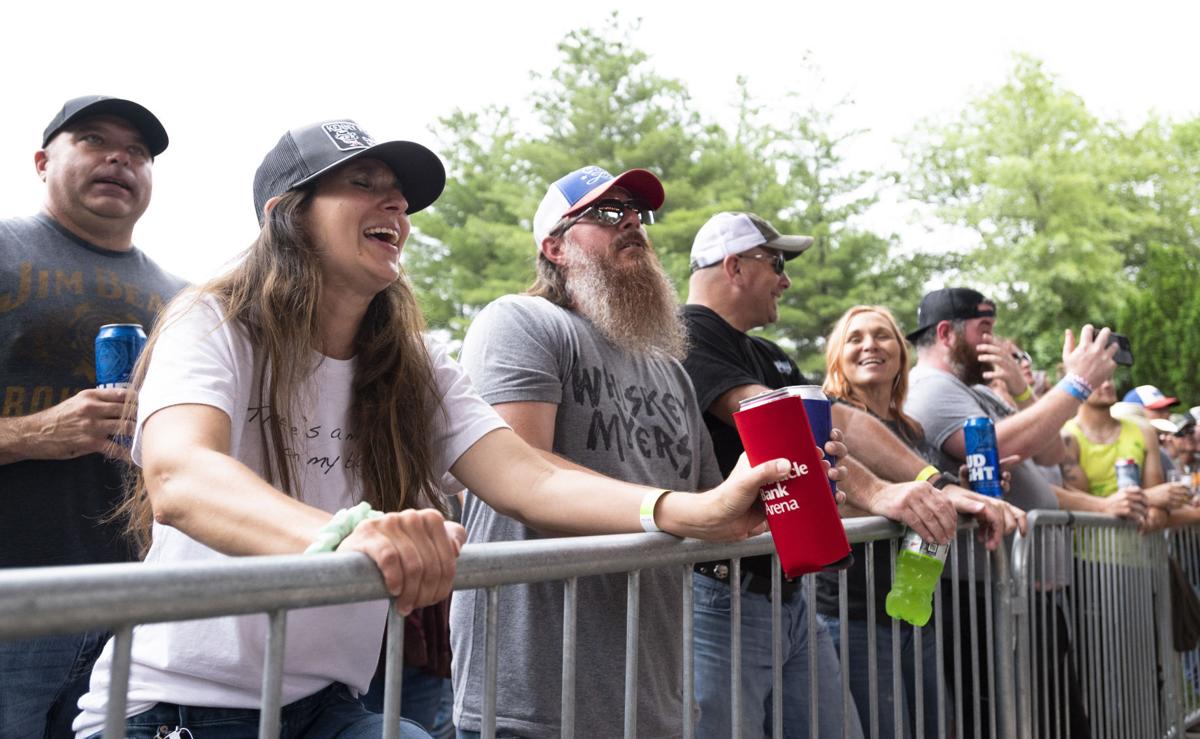 The crowd sings along with Whiskey Myers on Friday at Pinewood Bowl.

Kasey Tyndall looked out at the 4,400 people who filled Pinewood Bowl on Friday evening.

“I feel like my heart’s beating again,” the North Carolina country singer said. “I would have never dreamed my first shows back would be this.”

This was sharing a bill with Whiskey Myers, which was revving up the crowd as we talked. “Then it’s Jamey, and he’s great.”

Jamey would be Jamey Johnson, who was indeed great, as he and his 10-piece band rolled through two hours of real country.

The outlaw country heir to Willie Nelson, Waylon Jennings, Merle Haggard, and, as a songwriter Kris Kristofferson, Johnson eschews the pop-country trend of the moment.

In fact, he hasn’t put out a new studio album in more than a decade, relying on his output from the early 2000s and some well-chosen covers to craft a show that hits every country marker.

One of the latter was a very slow version of Johnny Cash’s “I Walk the Line.” That came  after his 3/4-time lament about dying, “When the Last Cowboy’s Gone,” and moved into the swampy “Mowin’ Down the Roses.”

That was one of the handful of songs that, thanks to a terrific three-piece horn section and organ, showed that there’s not a lot of space between country and soul, save for a steel guitar.

All the covers weren’t country — an early stomp through The Band’s “The Shape I’m In” brought the roots rock — and Johnson and company blew the doors off Bob Seger’s “Turn the Page.”

That showed the whiskey-and-honey-voiced Johnson could be a rock singer. Then came the closing gospel number that was just as effective.

The taciturn Johnson never says much during his shows, only commenting “This is a beautiful place” midway through the show.

That is until the audience spontaneously began singing “In Color,” his best-known song.

Stepping away from the microphone to give the crowd a chorus, Johnson said, “Lincoln Nebraska, you sound amazing.” Which the crowd did.

I’ve seen Johnson at least a half-dozen times and the shows just keep getting better.

Friday now stands as the best show I’ve seen by him. I can’t imagine that it won’t be in my best of the year list come January.

Like Tyndall said, I would have never imagined this for my first concert back.

Caranne Camarena wanted to create a space for artists to work on their pieces and collaborate in an artistic community, much like she had at her alma mater, Kansas City Art Institute. Overland Park … END_OF_DOCUMENT_TOKEN_TO_BE_REPLACED

February is short but sweet. This month, we share our picks for the city’s best bonbons and a lot of other unique sweets that are baked, dipped and drizzled to perfection. By Dawnya Bartsch, Martin … END_OF_DOCUMENT_TOKEN_TO_BE_REPLACED

Photo by Caleb Condit and Rebecca Norden It’s Valentine’s Day month, but fancy chocolate deserves to be enjoyed year-round. We visited chocolatiers around the … END_OF_DOCUMENT_TOKEN_TO_BE_REPLACED

Posted on December 1, 2022 Overland Park now has more access to information about its Police Department than ever, thanks to a library of online transparency-focused … END_OF_DOCUMENT_TOKEN_TO_BE_REPLACED