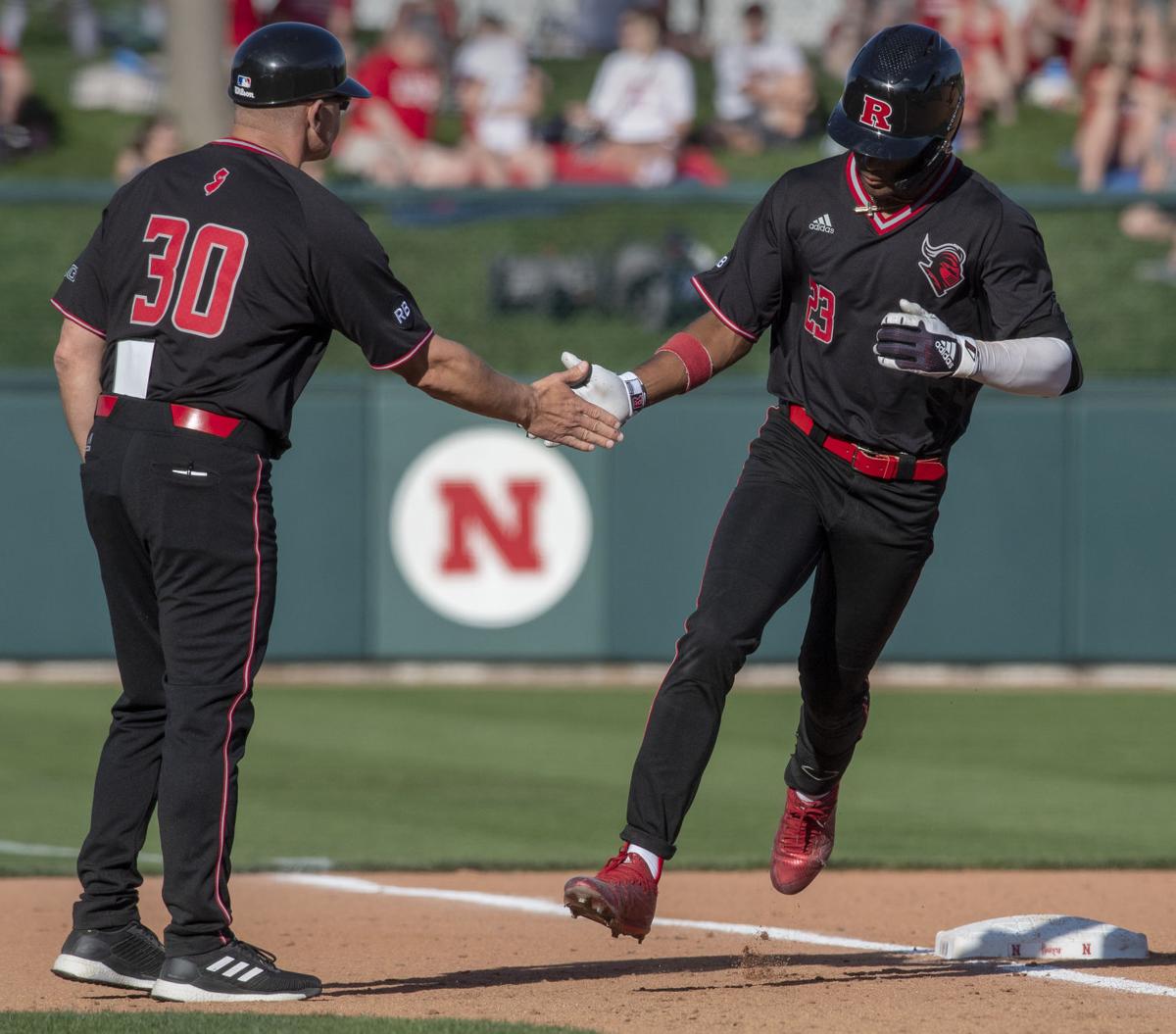 Rutgers’ Josh Rodriguez (23) circles the bases after hitting a two-run homer against Nebraska reliever Braxton Bragg (not pictured) in the seventh inning Saturday at Haymarket Park. 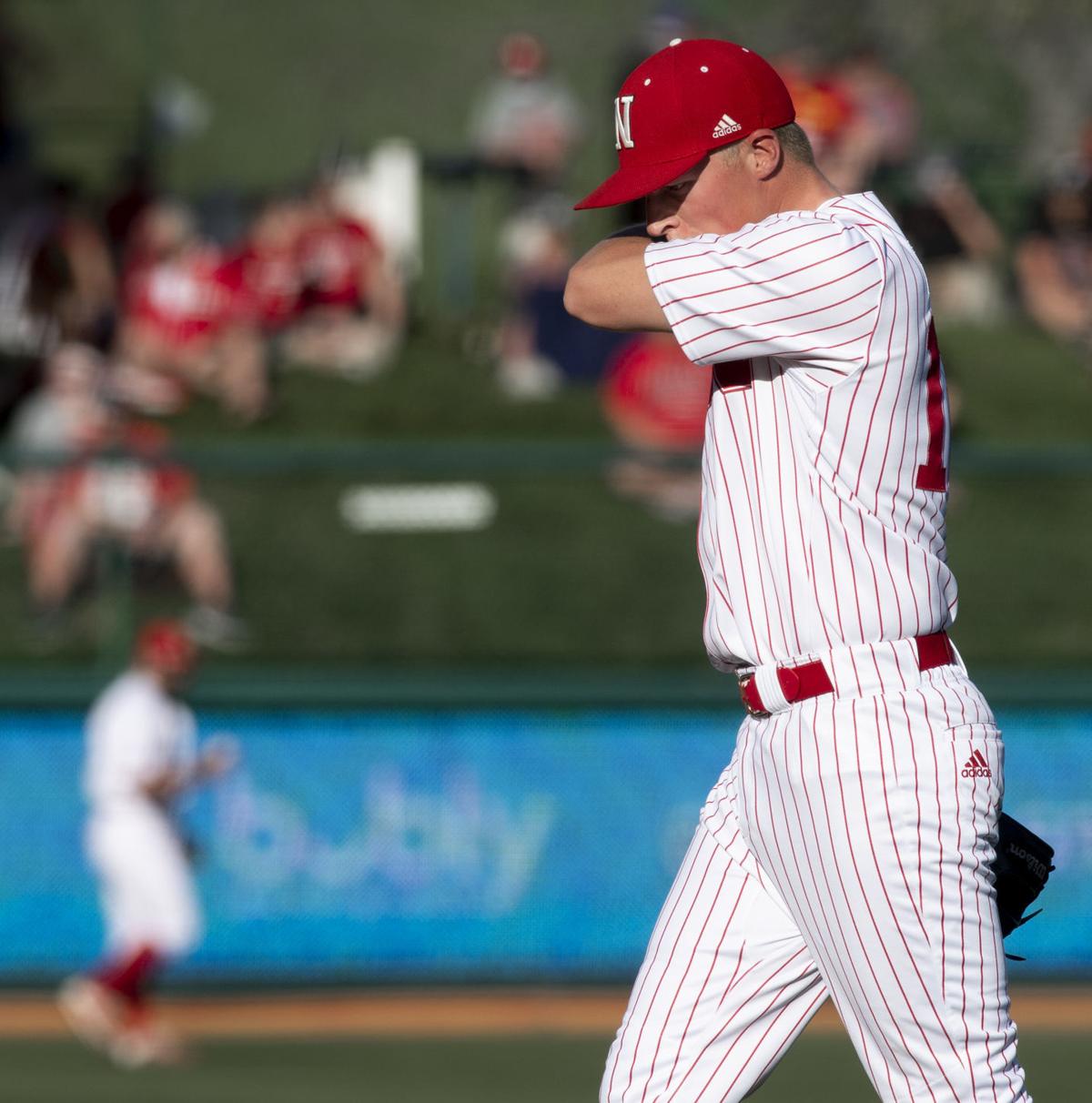 Nebraska relief pitcher Braxton Bragg walks back to the Husker dugout after head coach Will Bolt pulled him from the game Saturday at Haymarket Park. 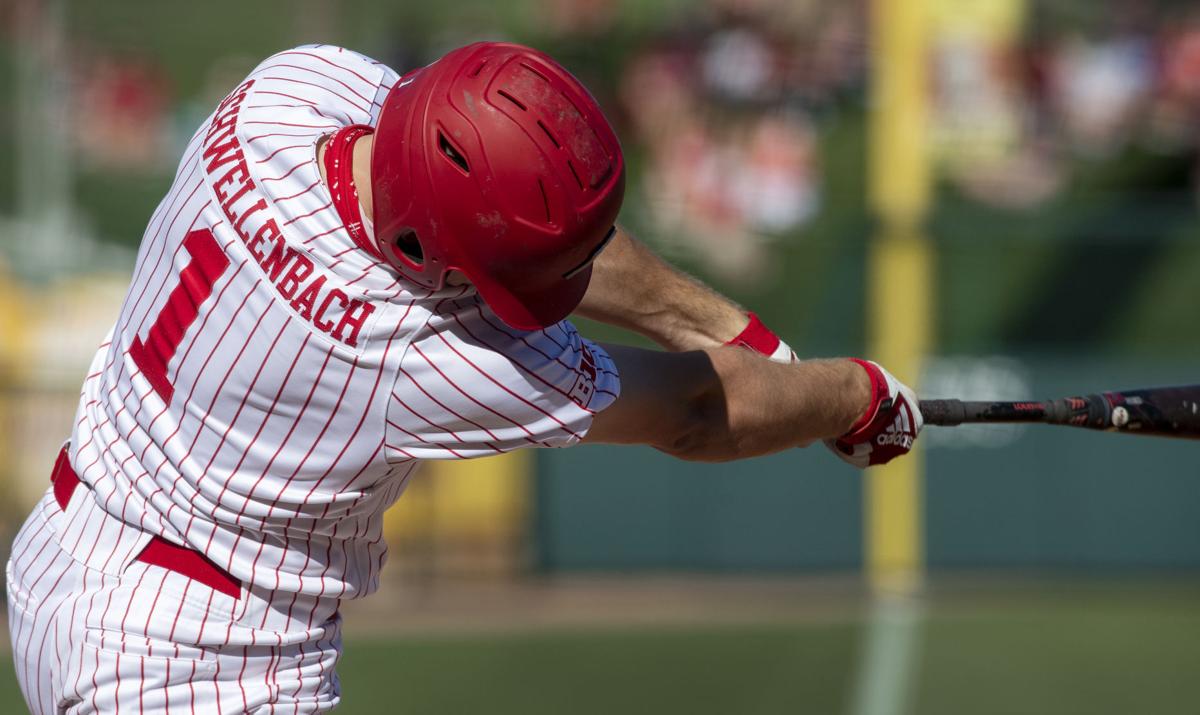 Nebraska’s Spencer Schwellenbach (1) connects for a two-run homer to give the Huskers a 5-0 lead against Rutgers in the fourth inning Saturday at Haymarket Park.

The Nebraska bullpen has some soul-searching to do.

The Huskers may have spent most of the season relying on solid relief pitching that took a 22-inning-plus scoreless streak into this weekend, but they haven’t been the same against Rutgers. The Scarlet Knights scored seven runs in the final two innings of Friday night’s 9-4 win over Nebraska, and they put together a late rally again on Saturday.

A trio of early home runs led No. 22 Nebraska to a 5-0 lead that held until the seventh inning, but the Husker bullpen surrendered a total of five runs over the game’s final three innings during a 6-5 Rutgers win at Haymarket Park.

Thousands of fans in attendance following the Red-White Spring Game streamed out of the park quickly after the loss, clearly disappointed in the result. The mood on the field wasn’t much different.

“Deflated; that’s the way you feel after you lose a game like that,” Nebraska coach Will Bolt said. “When you feel like you have total control of the game for the majority of it and let it slip away, it’s a pretty deflating feeling.”

The loss may have stung even more than on Friday, considering how well Nebraska (20-9) started the game. Leadoff hitter Joe Acker launched a solo home run to center field in the bottom of the first inning, senior Luke Roskam followed with another solo shot in the second and junior Spencer Schwellenbach teed off for a two-run blast in the fourth inning.

The home runs led Nebraska to an early 5-0 lead, but the Huskers couldn’t manage any further run support. Nebraska had nine base hits and reached base a total of 20 times as it kept the pressure on Rutgers (16-13), but most of those baserunners never came around to score. Nebraska stranded a total of 13 runners, compared to eight for Rutgers.

“There’s a lot of things we did well in that game just like we did yesterday, but we didn’t do it for nine innings,” Bolt said. “… We left too many guys on base, it felt like two each inning.”

The late collapse also wasted a solid starting effort from senior Chance Hroch. A three-pitch mix of sinkers, sliders and changeups allowed Hroch to strike out five batters in six innings of work as he allowed just one run in the fifth inning. Despite the wind blowing heavily out to left field, Hroch effectively kept the ball down in the zone and produced ground-ball outs.

“He did his job, he did everything he needed to do and more, but we just didn’t do the job and didn’t push right buttons out of the bullpen in the seventh inning,” Bolt said.

Relief pitcher Braxton Bragg was unable to locate his pitches as effectively as Hroch, and that allowed Rutgers to have its own taste of left-field home runs. A leadoff walk turned into a two-run homer for Josh Rodriguez, immediately followed by a solo shot from Mike Nyisztor. Even Schwellenbach, who entered Saturday’s game without having surrounded a run all season, couldn’t put a lid on the game. Kevin Welsh tied the game on an RBI single in the eighth inning, and Evan Sleight added another RBI single in the ninth to break a tie.

It’s been a disappointing series for a Nebraska team that finally entered the top 25 this week. The Huskers are now tied with Michigan for first place in the Big Ten, and Indiana is only one game back.

Still, neither Bolt nor Hroch is hitting the panic button just yet.

“The whole team is really upset, but I think they’re more fired up than down in the dumps,” Hroch said. “They’re ready to go; they know what we have to do tomorrow to salvage a win this weekend.”

“There’s no reason that the confidence should be anything but great; we’re still a great team,” said Bolt.

The series will conclude at noon Sunday.

Kansas City has long loved local lager. The vacant Imperial Brewery Co. building looming ominously over I-35, just south of downtown Kansas City, is proof. Built in 1902, at its zenith the six-story … END_OF_DOCUMENT_TOKEN_TO_BE_REPLACED