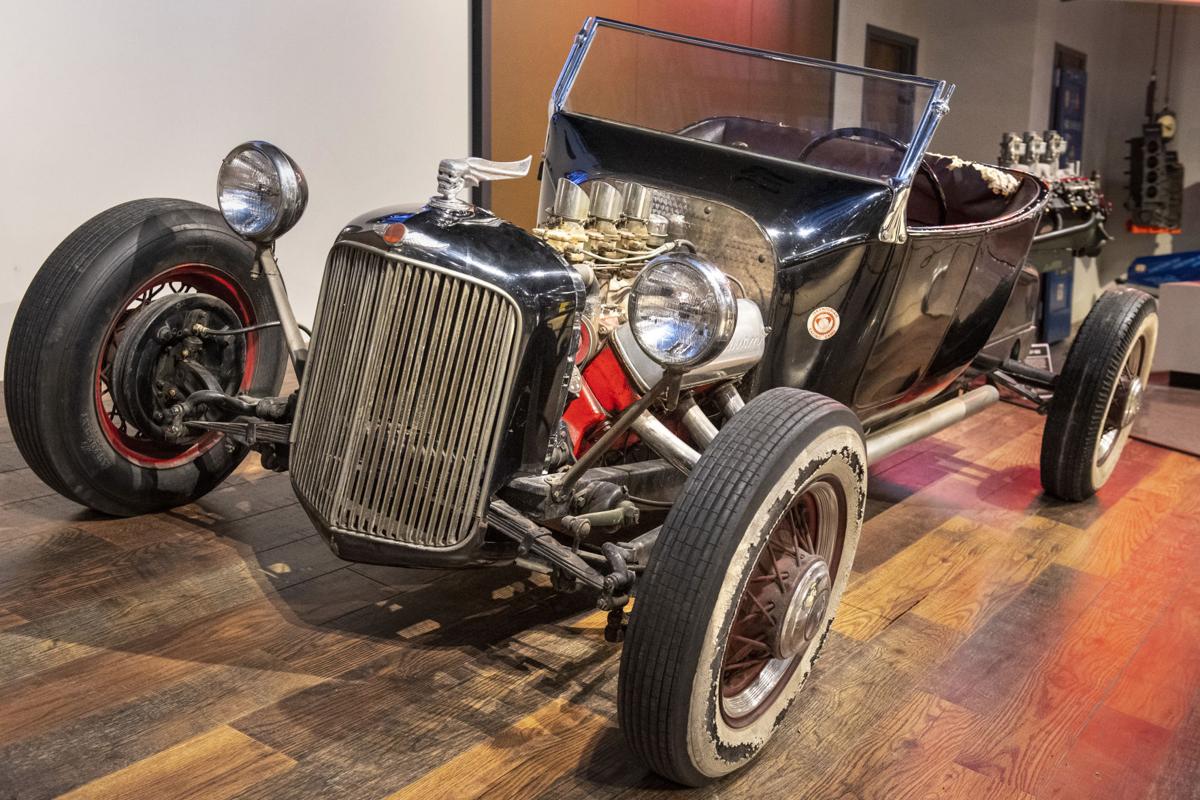 Visitors to the Museum of American Speed can view the Isky Roadster, one of the first hot rods ever made. Ed Iskenderian cast the flying skull radiator cap for his roadster in high school shop class. 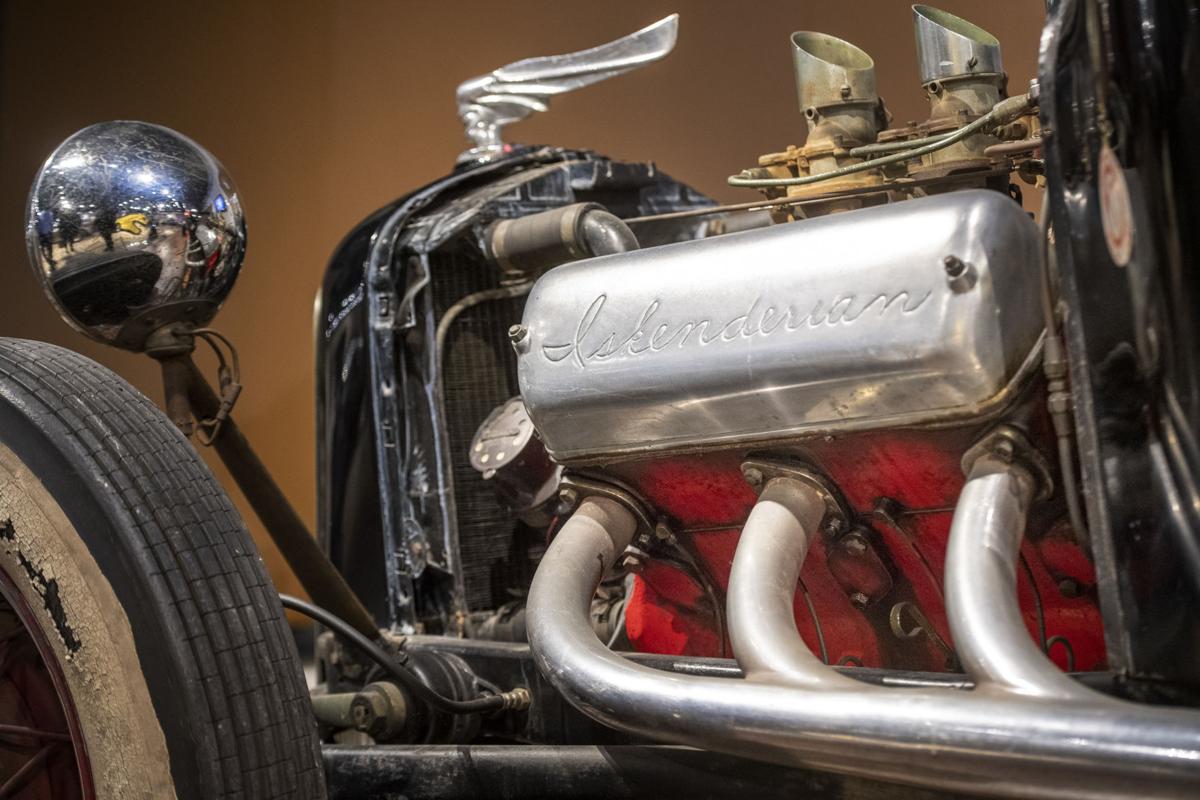 The valve covers of the Isky Roadster are inscribed with the name of its builder, Ed Iskenderian. 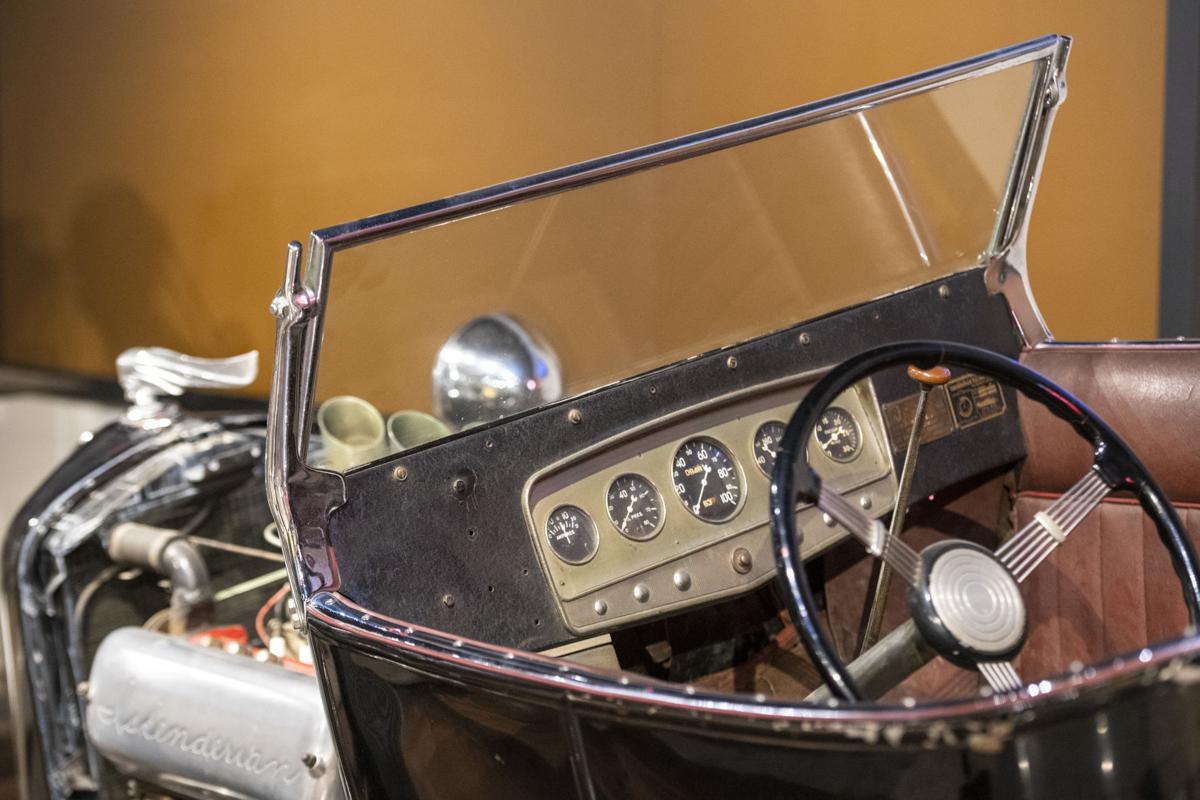 The Isky Roadster, made in the late 1930s, remains in original condition.

The black hot rod with gleaming valve covers and pipes sits on a platform in the Speedway Motors Museum of American Speed, prominently displayed even with its battered interior and torn-up tires.

That’s because the “Isky Roadster,” one of the first hot rods and likely the only 1930s hot rod to survive in its original condition, is the gem of the Lincoln museum’s extensive, world-leading collection of hot rods, race cars and engines.

“If this museum was a three-ring binder full of vintage baseball cards, I would consider this to be the Babe Ruth rookie card in that collection,” said curator Tim Matthews. “Not only is it an early hot rod that wasn’t changed, so you can see exactly how they were built, it was built by a guy named Ed Iskenderian.”

Iskenderian is the hot rodding/racing legend who, since the end of World War II, has created “Isky Cams,” camshafts for hot rods, NASCAR and Indy cars.

Born in 1921, the year his family moved to Los Angeles, Iskenderian became fascinated with what would, after the war, be called hot rods even before he entered high school.

“When we were 12 years old, we’d see in our neighborhood a little stripped-down Model T or a Buick, and I said, ‘Boy what could be more fun than that?’ Iskenderian says in a video. “I found out they called them ’gow jobs.’”

Those cars, he discovered, regularly raced on the 20-mile long Muroc Dry Lake bed, about 100 miles from L.A., many of them run by car clubs.

At 13 or 14, Iskenderian couldn’t afford to join the club for guys in the neighborhood. But he hung around with them, learning how to turn cheap parts into street racers.

“You could buy a Model T in those days for $10 and take it home and get it running,” Iskenderian said. “We learned as we’d go along. After building several little junky cars, I built a little better car.”

That building process began in 1936, when, Matthews said, the 15-year-old Iskendarian bought a Model T body for $8 out of a junkyard and affixed it to an Essex chassis that he bought from a friend.

The ’gow job’s motor is “an early 1932 Ford Flathead V-9 engine with a really rare set of Maxi overhead valve conversion cylinder heads mounted to it. Those are super rare,” Matthews said. “There’s only two sets in the whole world.

“We already had a set. When Ed decided he would loan the car to us, now we have both sets in one place, which is really neat.”

The second Maxi-valved engine sits next to the roadster in the museum along with another key element in telling the story of the development of the hot rod and Iskenderian’s career.

As he was building the roadster, Iskenderian said, he realized it needed a special camshaft. Ed Winfield, generally regarded as the “father of hot rodding” and the “founder of American racing technology” had a cam grinder that could fabricate the part, for which Iskendarian says he paid $20.

Winfield’s cam grinder sits now near the front of the roadster, while the only other engine with a set of Maxi valves sits behind the hot rod.

Iskenderian made the distinctive grill by welding together two top halves of ’33 Pontiac grills, cast the flying skull radiator cap in high school shop class, and got a friend to create the valve covers inscribed with his name in script.

The roadster hit the streets and the raceways shortly thereafter, easily topping 100 mph on its runs.

“This car was running 120 mph back in a day where you were probably remembering a horse and buggy,” Matthews said. “That was fast, really fast.”

That 120 mph designation isn’t a guess. The tag from the Western Timing Association meet at El Mirage, California, on May 8, 1942, remains affixed to its dashboard, 79 years later.

That 120 mph run came six years before the Isky Roadster permanently established its place in hot rod history, adorning the cover of the sixth issue of Hot Rod Magazine in June 1948.

The roadster has a California license plate from the 1950s. But Matthews said Iskenderian drove it for years after that, showing off his creation on the streets until the mid-1980s when he loaned the car to the NHRA Motorsports Museum in Pomona, California.

So how did Iskenderian’s roadster end up in the Museum of American Speed?

It started with a trip to Lincoln about 15 years ago, when Iskenderian checked out the museum’s collection, especially the engines, and began developing a relationship with the museum. Shortly thereafter, it continued via the Winfield cam grinder.

“When Ed had a chance, he bought this cam-grinding machine from the estate of Ed Winfield,” Matthews said. “He always felt like it deserved to be in a museum to tell Winfield’s story. So when he got home after visiting us, he said, ‘I want to donate it.’”

After getting the cam grinder appraised, Iskendarian shipped it to Lincoln, setting the stage for the loan of the roadster.

“Once we had the cam grinder, and we had the other set of Maxi cylinder heads, we said, ‘Ed, you know your car’s been in the NHRA museum for 35 years. We’d love to get it out of California and share it with a different group of people,’” Matthews said. “He loved that idea.”

The Isky Roadster, which arrived in Lincoln in late March, is on loan from Iskenderian, who will turn 100 this summer. But it might very well become a permanent part of Speedway’s acclaimed collection and be on view for years to come.

“We hope he likes it here enough and enough of his friends tell him about it that he won’t ever want to bring it home,” Matthews said. “So we just count every day as a blessing that we get to have it and tell its story.” 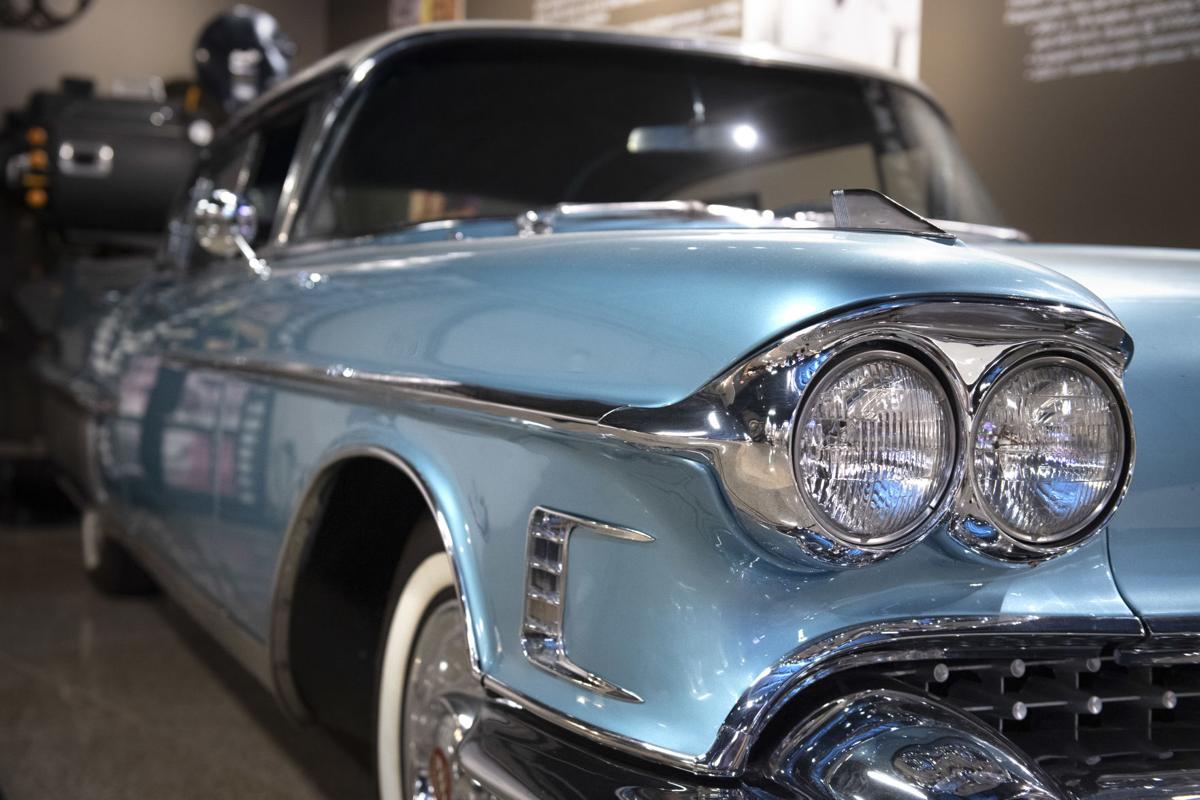 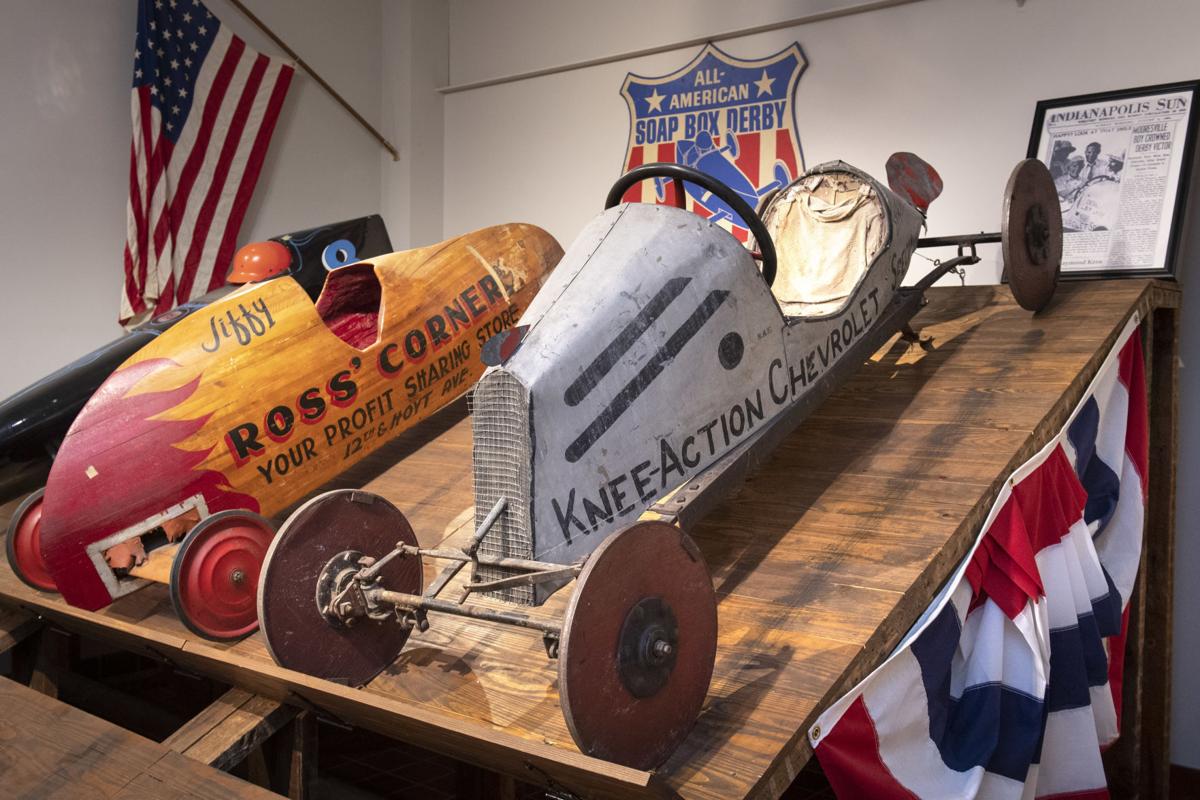 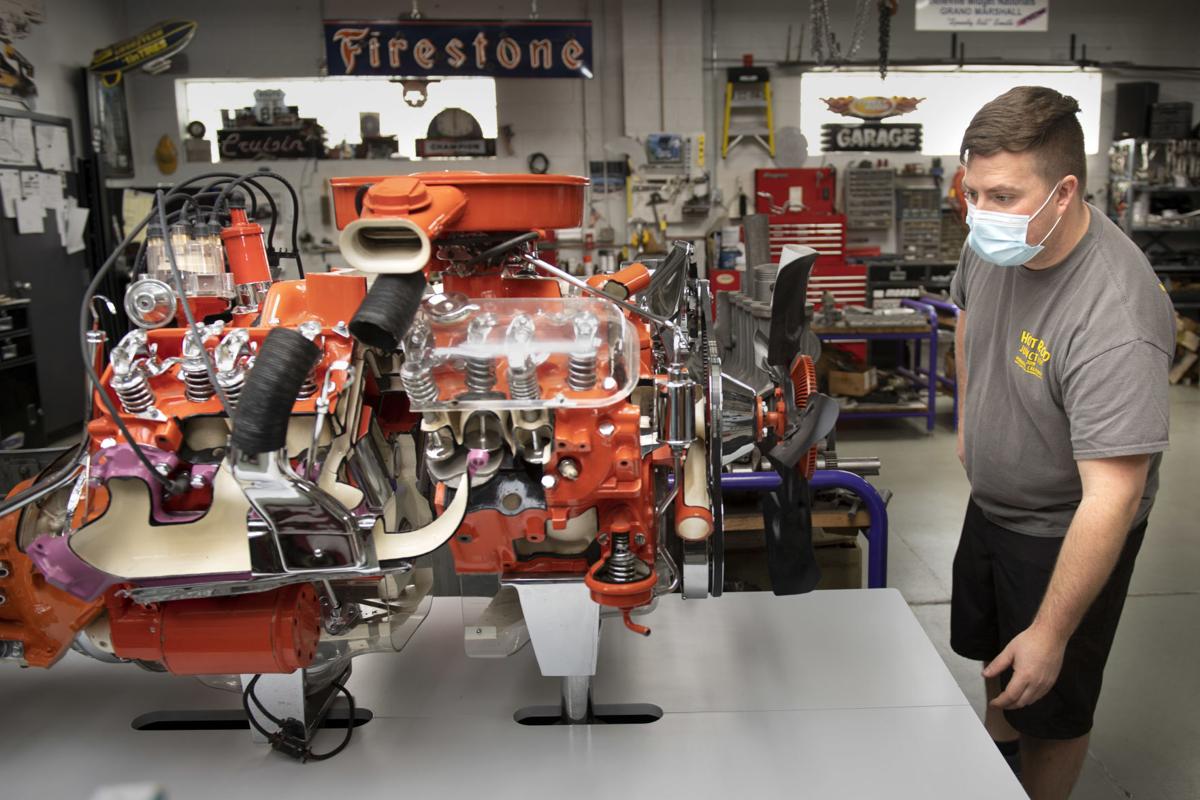 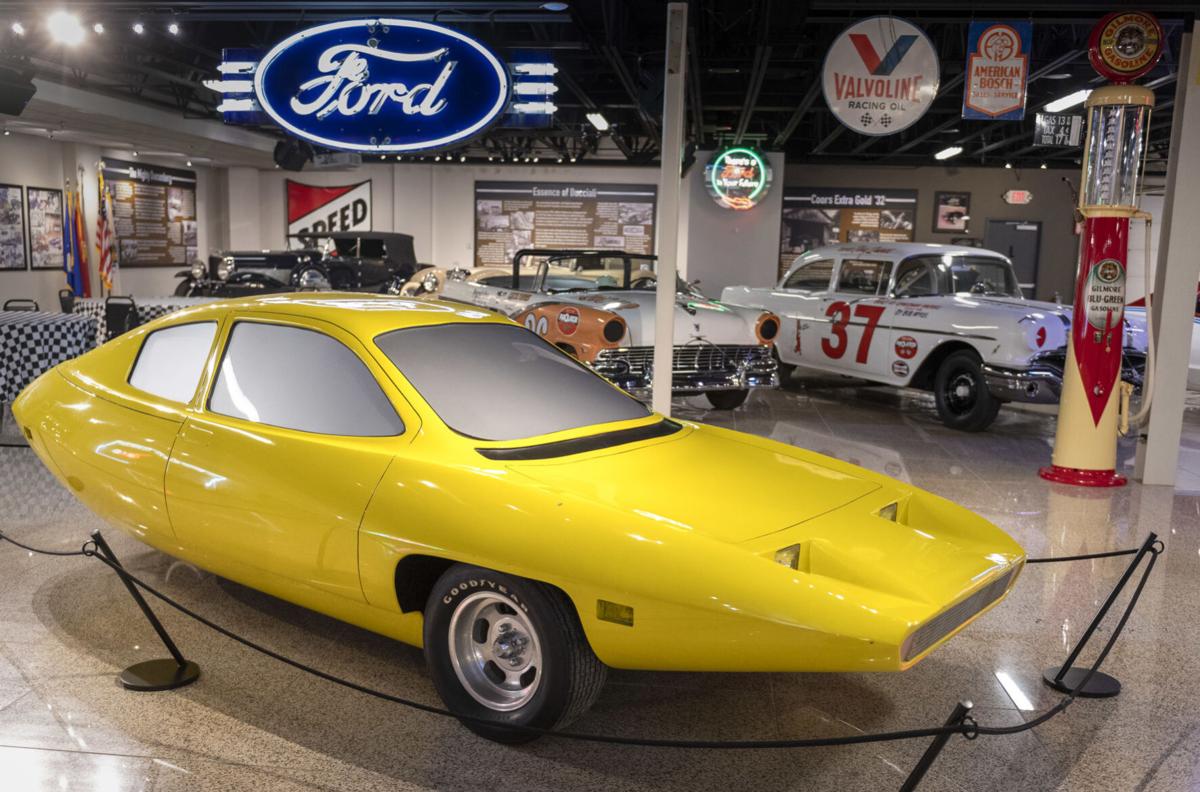 A Dale car is seen Friday at the Speedway Motors Museum of American Speed. 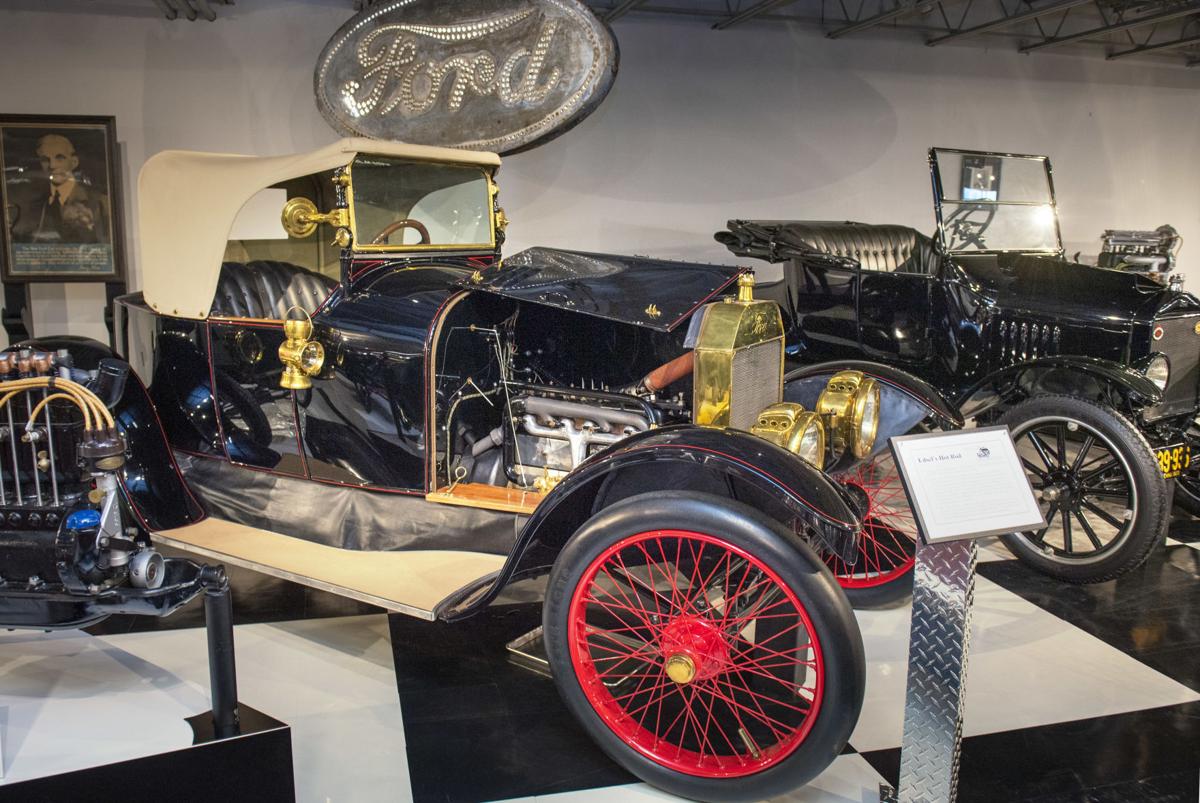 The museum has an extensive collection of Ford Model Ts, including this hot rod that once belonged to Edsel Ford, Henry Ford’s son. 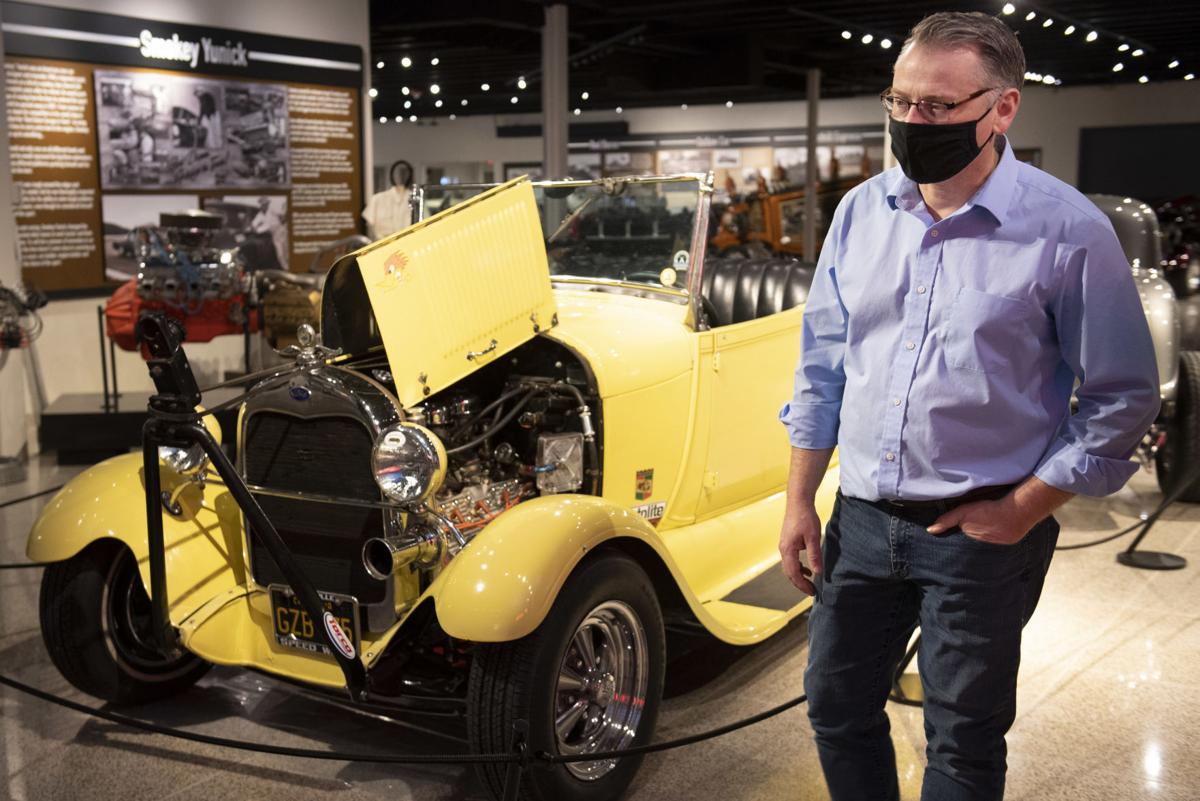 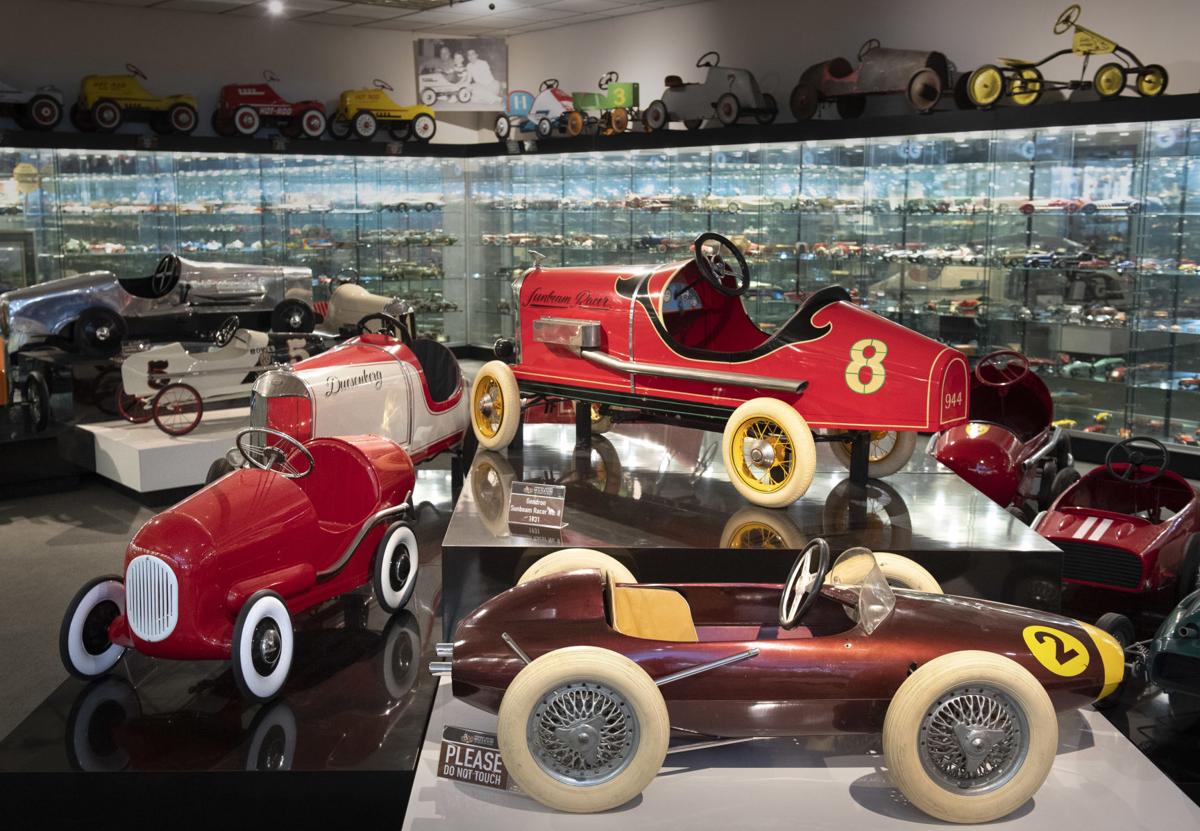 Racing pedal cars (front) are seen at the tin toy gallery Friday at the Speedway Motors Museum of American Speed. 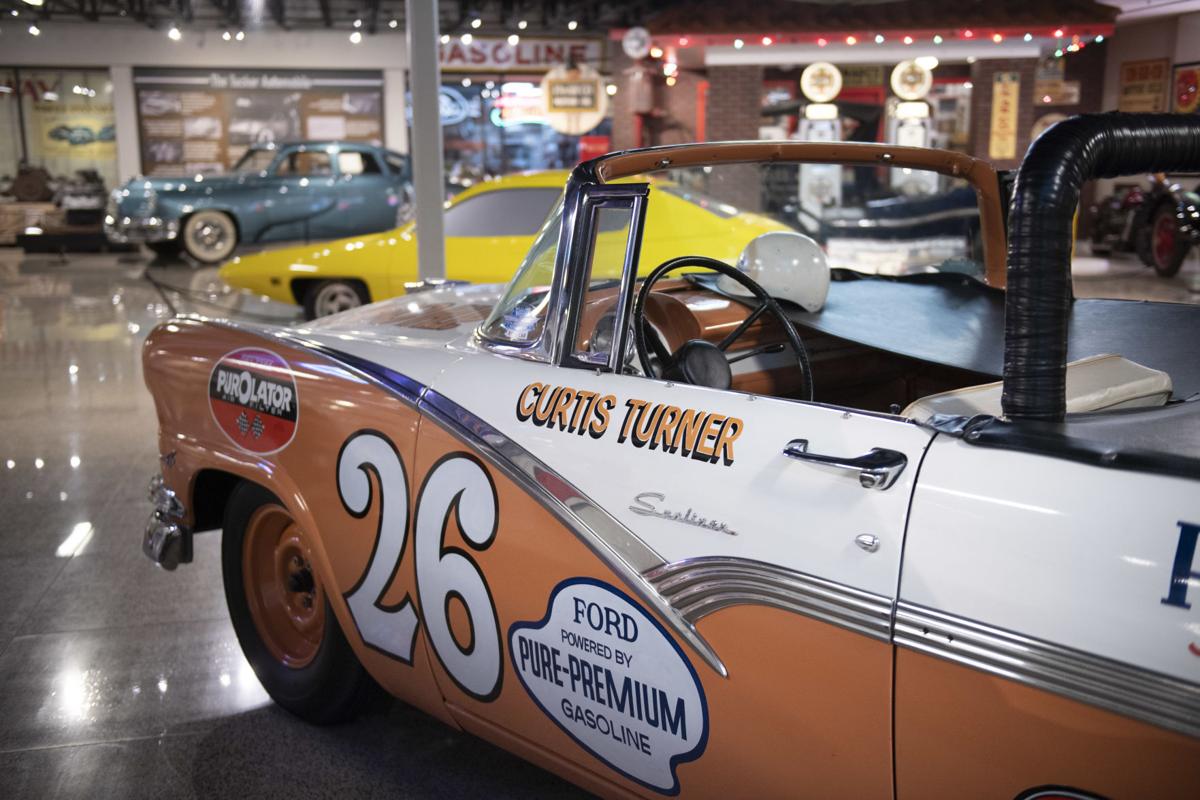 A NASCAR convertible at the Speedway Motors Museum of American Speed. 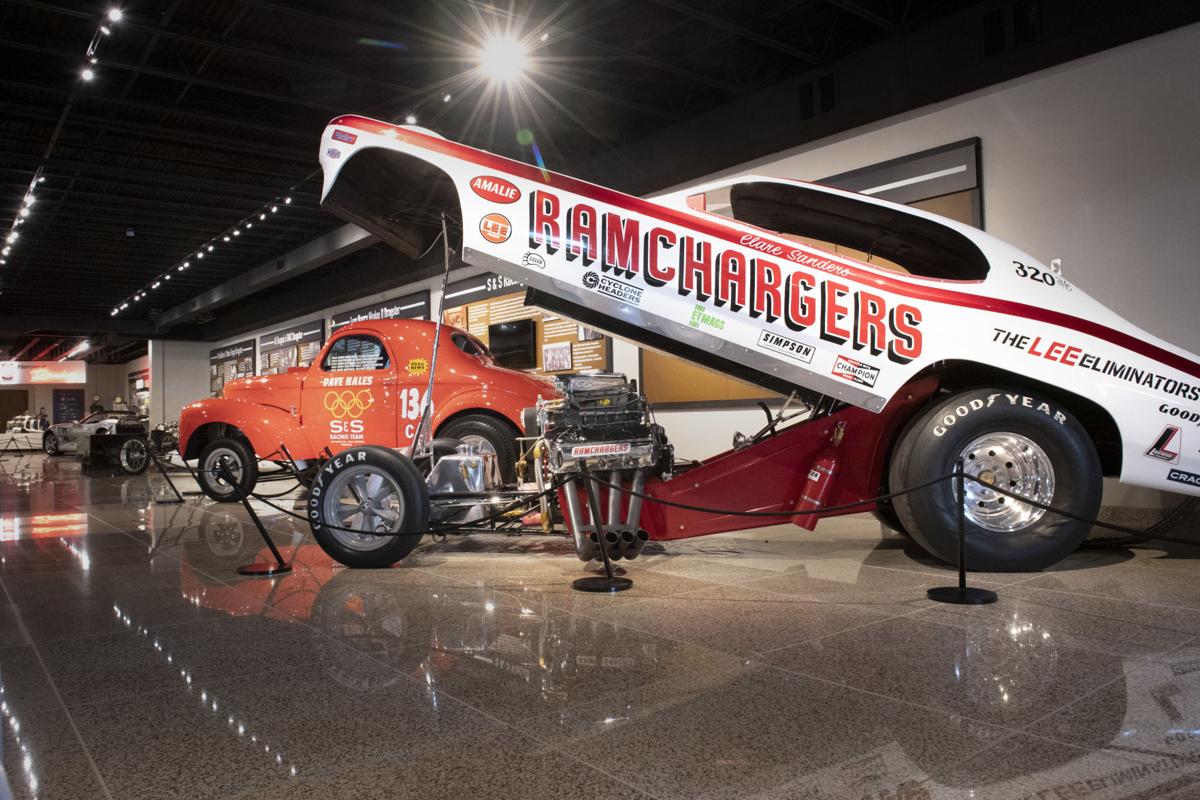 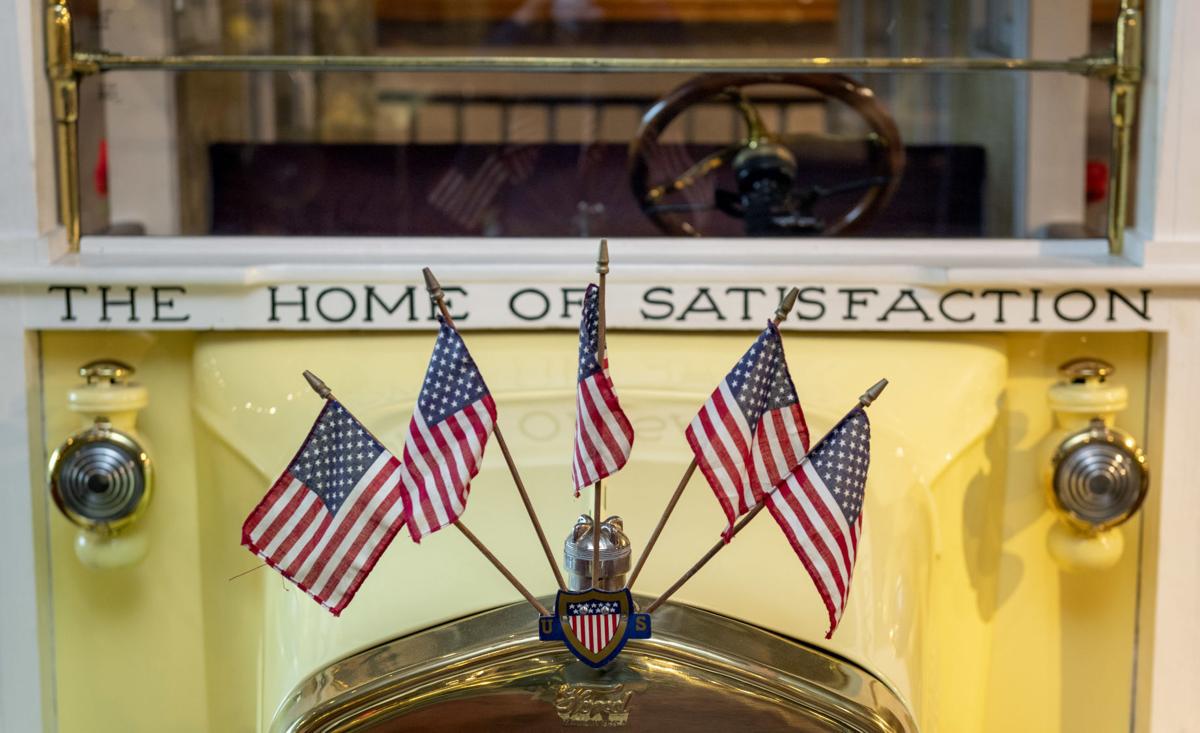 A Ford automobile at the Speedway Motors Museum of American Speed.

One of the top handful of museums dedicated to the automobile and racing in the country, the Speedway Motors Museum of American Speed draws visitors from around the world.

A Dale car is seen Friday at the Speedway Motors Museum of American Speed.

The museum has an extensive collection of Ford Model Ts, including this hot rod that once belonged to Edsel Ford, Henry Ford’s son.

Racing pedal cars (front) are seen at the tin toy gallery Friday at the Speedway Motors Museum of American Speed.

A NASCAR convertible at the Speedway Motors Museum of American Speed.

A Ford automobile at the Speedway Motors Museum of American Speed.

We’ve always seen Kansas City as having the perfect ratio of city-to-simplicity—and we’re glad others are finally seeing that too. A recent CNBC Make It article reported an Icelandair analysis naming … END_OF_DOCUMENT_TOKEN_TO_BE_REPLACED

After lockdown, when bars and restaurants around the city began to reopen, Lexi St. John wanted to get out and do things. “I wanted to find all the new places that were opening. I had friends that … END_OF_DOCUMENT_TOKEN_TO_BE_REPLACED

For a small-town barbecue pit, there are three possible paths. First, you can aim to become a destination, drawing comers from all over. Second, you can convince loyal customers to eat brisket or … END_OF_DOCUMENT_TOKEN_TO_BE_REPLACED