This was the final practice in the second of three groups of voluntary workouts, totaling in 10 practice sessions ahead of the team’s mandatory minicamp. The Chiefs have completed a total of six OTA practices so far and the good news is that they’ve had no injuries during each of those six practices.

“We don’t have any injuries,” Chiefs HC Andy Reid told reporters on Thursday. “The guys have all been healthy, so that’s a good thing.”

These practices are all voluntary, which means that players will come and go throughout the course of OTAs. The Athletic’s Nate Taylor estimated that 79 players from the 90-man offseason roster were present for practice.

Based on my count, the Chiefs had 79 of their 90 players participate in today’s voluntary OTA practice.

The most impressive part is that the Chiefs had all quarterbacks, receivers, tight ends, linebackers & specialists on the field.

Clyde Edwards-Helaire, Darrel Williams, Jarran Reed, Chris Jones, Frank Clark, Taco Charlton, Charvarius Ward, Martinas Rankin and Laurent Duvernay-Tardif were among the players that reporters noted as absent from practice on Thursday. Some players who weren’t around last Thursday, such as Patrick Mahomes and Travis Kelce, were back and present for practice.

The same four players who were spotted on the sidelines at the first week of OTAs — Juan Thornhill, DeAndre Baker, Rodney Clemons and Malik Herring — were still sidelined with their respective injuries.

Overall, the attendance appears to be good for the Chiefs for these voluntary workouts and it’s good news that there haven’t been any injuries. It’ll be interesting to see if the team gets any closer to full attendance in the final week of OTAs beginning next week. 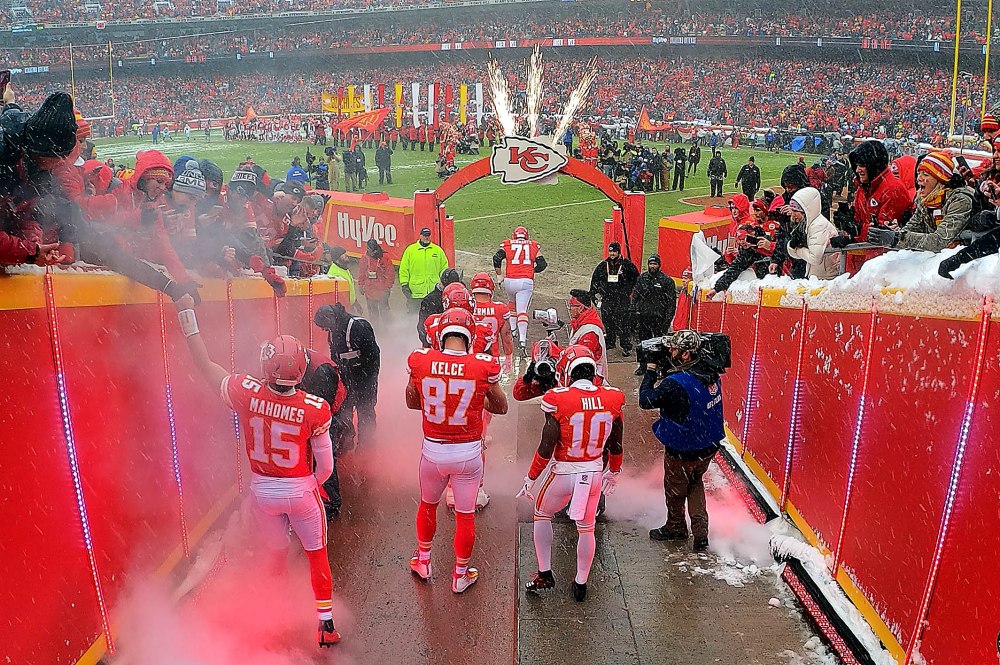 The pandemic threw a wrench in many people’s holiday shopping. What used to be trips to stores and markets with the family to find the perfect gift turned into Amazon wish lists and online gift cards. … END_OF_DOCUMENT_TOKEN_TO_BE_REPLACED

Rhonda LeValdo travels from Lawrence to Kansas City for every Chiefs home game, but she’s never actually been inside Arrowhead Stadium. Instead, she stands by a bus stop at the corner of Red Coat Lane … END_OF_DOCUMENT_TOKEN_TO_BE_REPLACED

For eighty years, a story has remained buried under the tales of the great men of Kansas City jazz, from Count Basie to Charlie Parker. Living and playing alongside them was another legend, pianist … END_OF_DOCUMENT_TOKEN_TO_BE_REPLACED