Slowly rising temperatures and jumps in humidity are the weather story this week.  A cold front is projected to pass through the region at the end of the work week leading to a more comfortable start to the weekend.

Dew point temperatures – the measure of moisture in the air – has returned to the upper 60°s to around 70° Monday.  This combined with temperatures in the upper 80°s to low 90°s is creating a heat index that is a couple degrees above the air temperature. 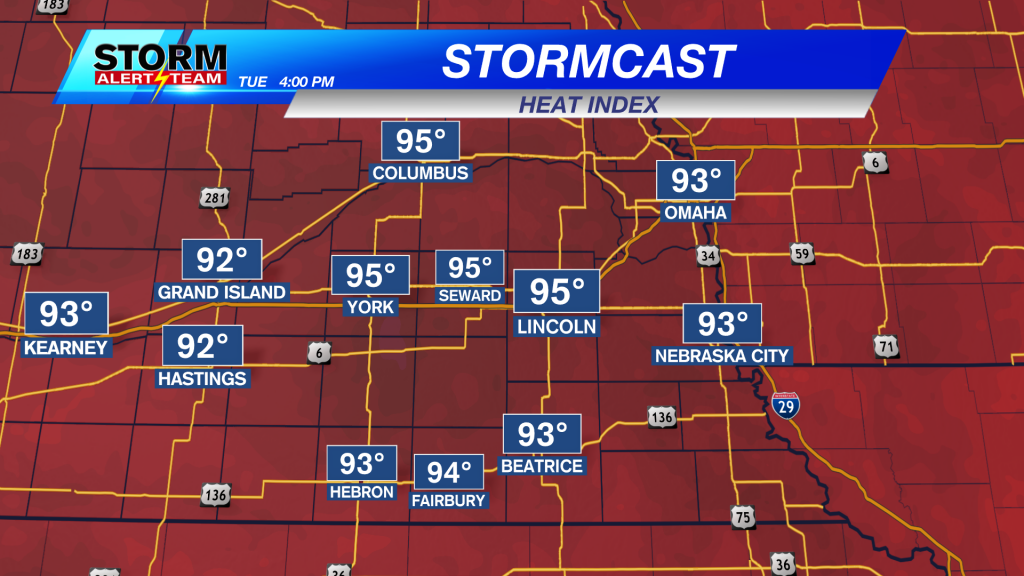 Peak heat indices will return to the middle 90°s Tuesday and Wednesday as dew points remain in the middle/upper 60°s and air temperatures peak in the low 90°s.

You will likely notice a bigger jump in the humidity later this week when dew points climb to the lower and middle 70°s Thursday and Friday.  Peak heat indices could reach the upper 90°s both days. 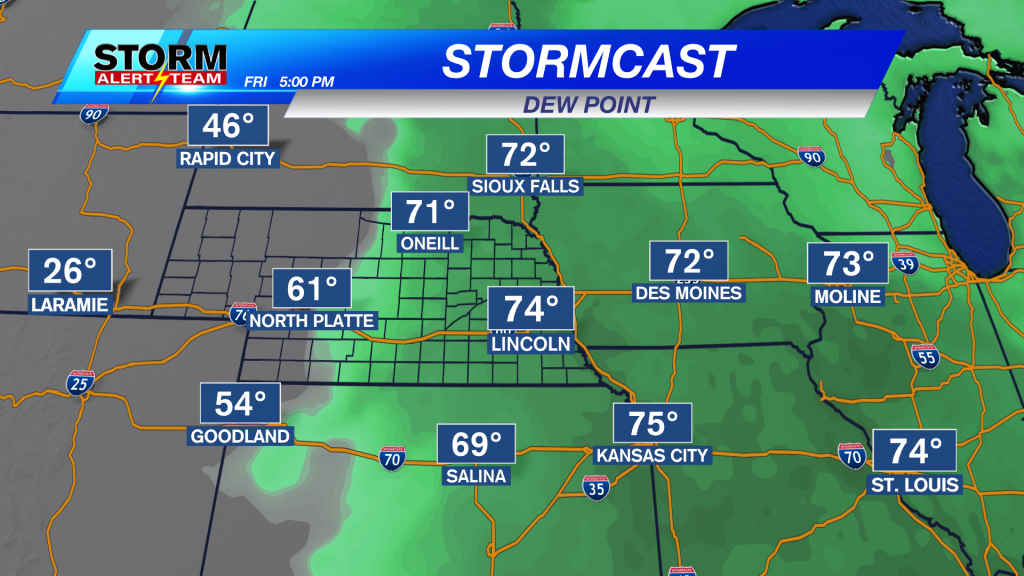 The earlier mentioned cold front is projected to pass through southeast Nebraska Friday.  This will bring the best chance for rain over the next eight days.  The front will help scour the atmosphere of higher humidity, allowing the dew point to drop back to the lower 60°s for Saturday.

February is short but sweet. This month, we share our picks for the city’s best bonbons and a lot of other unique sweets that are baked, dipped and drizzled to perfection. By Dawnya Bartsch, Martin … END_OF_DOCUMENT_TOKEN_TO_BE_REPLACED

Photo by Caleb Condit and Rebecca Norden It’s Valentine’s Day month, but fancy chocolate deserves to be enjoyed year-round. We visited chocolatiers around the … END_OF_DOCUMENT_TOKEN_TO_BE_REPLACED

Posted on December 1, 2022 Overland Park now has more access to information about its Police Department than ever, thanks to a library of online transparency-focused … END_OF_DOCUMENT_TOKEN_TO_BE_REPLACED