Excessive Heat Warnings remain in effect across the Mississippi and Ohio River Valleys on Wednesday as heat indices climb into the 105 to 115-degree range.

Excessive Heat Watches will be upgraded to Warnings across the Southwest for the second half of the week as intense heat builds there.

Scattered severe storms will move across the Midwest with primarily damaging winds and heavy downpours.

The tropics are beginning to get active again with a few things to keep an eye on. 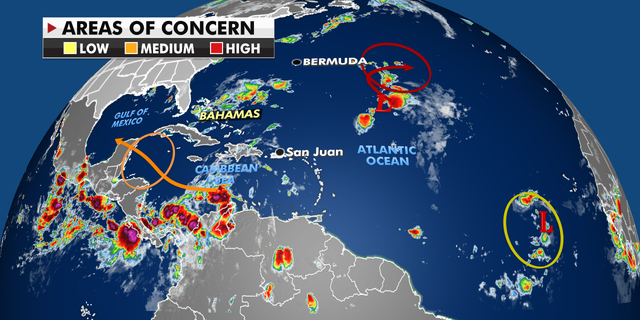 A disturbance in the Caribbean will have the chance to form into a tropical depression or storm as it moves near the Yucatán Peninsula this weekend, then into the southwestern Gulf on Sunday and Monday.

The pandemic threw a wrench in many people’s holiday shopping. What used to be trips to stores and markets with the family to find the perfect gift turned into Amazon wish lists and online gift cards. … END_OF_DOCUMENT_TOKEN_TO_BE_REPLACED

Rhonda LeValdo travels from Lawrence to Kansas City for every Chiefs home game, but she’s never actually been inside Arrowhead Stadium. Instead, she stands by a bus stop at the corner of Red Coat Lane … END_OF_DOCUMENT_TOKEN_TO_BE_REPLACED

For eighty years, a story has remained buried under the tales of the great men of Kansas City jazz, from Count Basie to Charlie Parker. Living and playing alongside them was another legend, pianist … END_OF_DOCUMENT_TOKEN_TO_BE_REPLACED