Finally started to feel like late July in southeast Nebraska.  Temperatures climbed in to the lower and middle 90°s Friday afternoon.  Lincoln reached 95° – the warmest for the capital city in two weeks.

The big weather story over the next week will not only afternoon temperatures, but more so the overnight low temperatures.  We are not going to cool much overnight as temperatures will be in the lower to middle 70°s much of the next 10 days.

Afternoon temperatures will also be high for the same time period.  Highs will range from the lower 90°s to lower 100°s, with the highest temperatures coming Tuesday through Thursday next week. 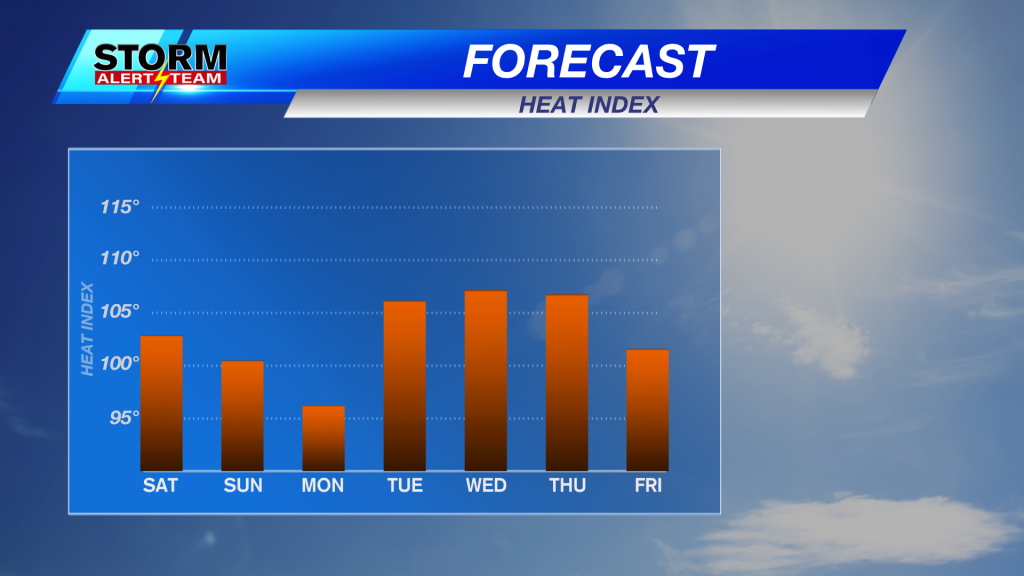 Along with the high temperatures, humidity will be high as dew point temperatures – the measure of the moisture in the air – are projected to be in the lower to middle 70°s on various days.  This will send the heat index to 100° or higher many days.  The peak heat index is listed as “HX” on my 10 Day Outlook.

Expect for mostly clear skies Friday night.  Lows will be in the upper 60°s to lower 70°s. 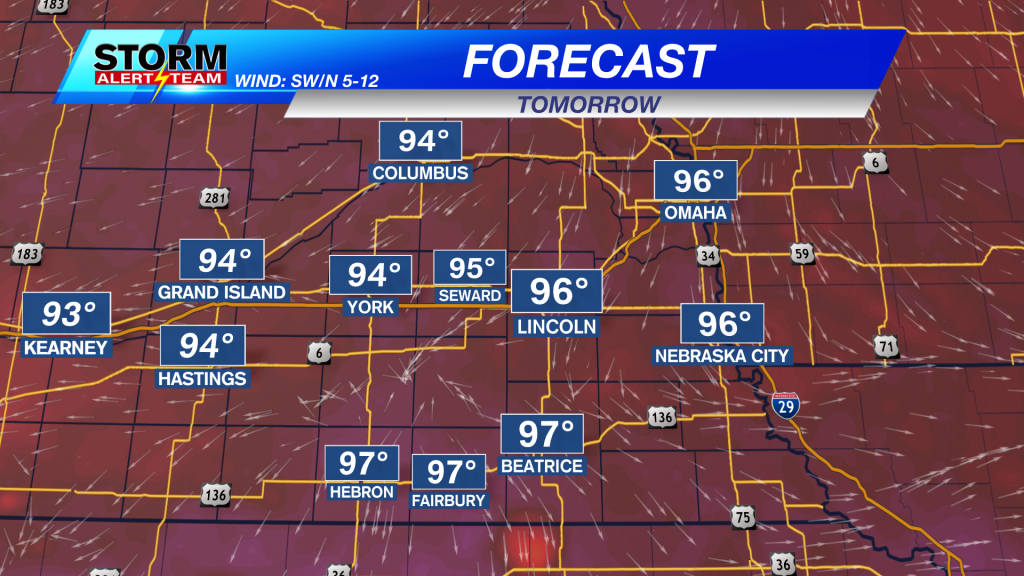 We’ll have partly cloudy skies for Saturday.  It should be as warm, if not a degree higher, compared to Friday.  Highs will be in the middle to upper 90°s. 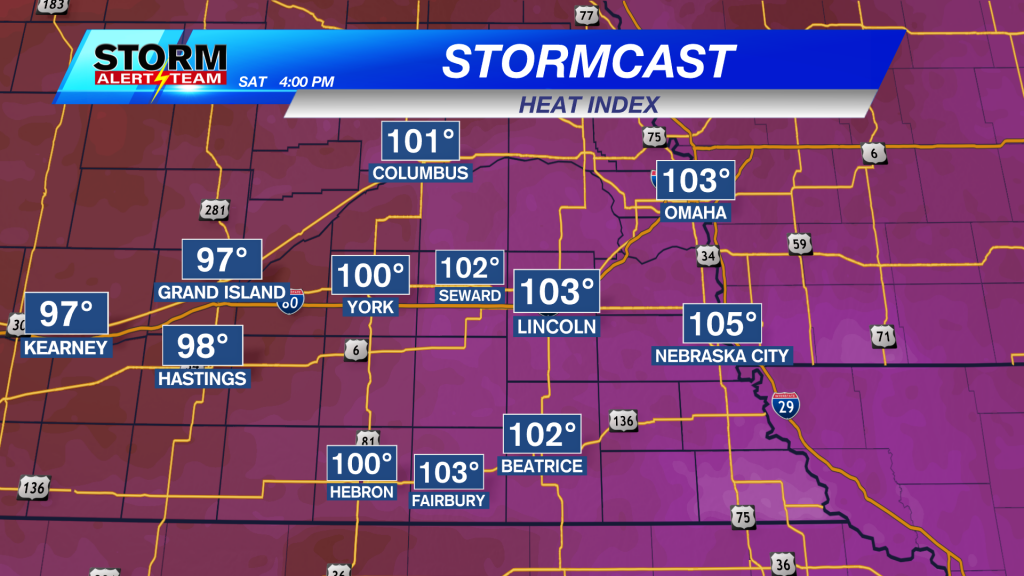 The heat index will peak in to the lower 100°s for several locations in southeast Nebraska.  Because of this, the National Weather Service has issued a Heat Advisory for Gage and Lancaster counties.

I am going to keep a chance for an isolated shower or thunderstorm in the forecast Saturday afternoon.  That will slightly increase in areal coverage Sunday to afternoon/evening scattered showers and thunderstorms.

Have a cool, fun, and safe, weekend!

Outpost Social Club in the Westside neighborhood has been serving dinner and late-night eats since it opened in July of 2021.  As of October, the sister business of hip nightspot Panther’s Place has … END_OF_DOCUMENT_TOKEN_TO_BE_REPLACED

Kansas City has always been a cowtown, starting with our history as being one of the world’s largest stockyards and continuing through today, as the city has a number of landmark cows. Here are six … END_OF_DOCUMENT_TOKEN_TO_BE_REPLACED

Pile in the family truckster, flip off the headlights and crank the Mannheim Steamroller Christmas album for a spectacular holiday light display experienced from the warmth of your car. Christmas in … END_OF_DOCUMENT_TOKEN_TO_BE_REPLACED

Posted on December 1, 2022 Overland Park now has more access to information about its Police Department than ever, thanks to a library of online transparency-focused … END_OF_DOCUMENT_TOKEN_TO_BE_REPLACED

Here are twenty-five great things to do in Kansas City this weekend, December 1-4, including a festive drink pop-up at Julep, an ugly Christmas sweater party, and several holiday markets and large … END_OF_DOCUMENT_TOKEN_TO_BE_REPLACED