The weather pattern will remain relatively stagnant for the next couple of days before a cold front sweeps through eastern Nebraska Friday. 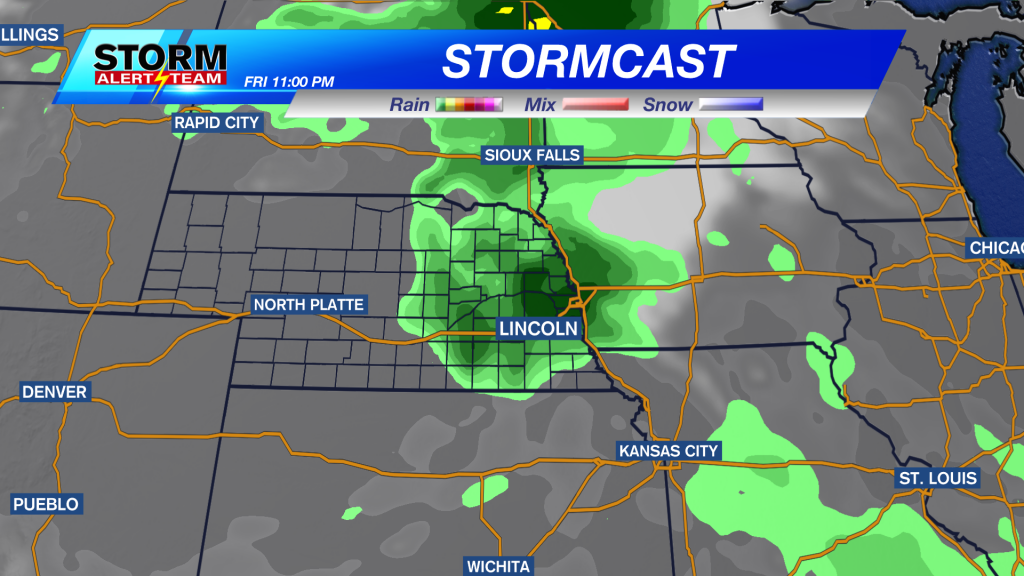 The cold front projected to pass through the region Friday brings cooler and less humid air for the start of the weekend, but perhaps more importantly, it brings a chance for showers and thunderstorms.

A widespread soaker would be welcomed by many as it has now been eleven days since measurable rainfall has fallen in Lincoln and surrounding communities. 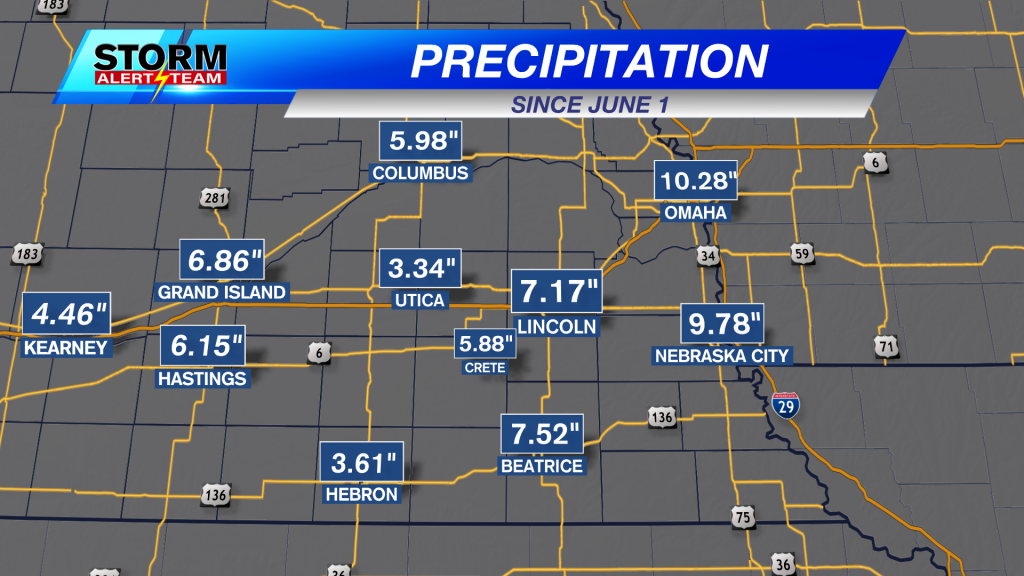 With only two weeks remaining in Meteorological Summer – defined June 1 through August 31 – most of the area is well below the 30 year normal. 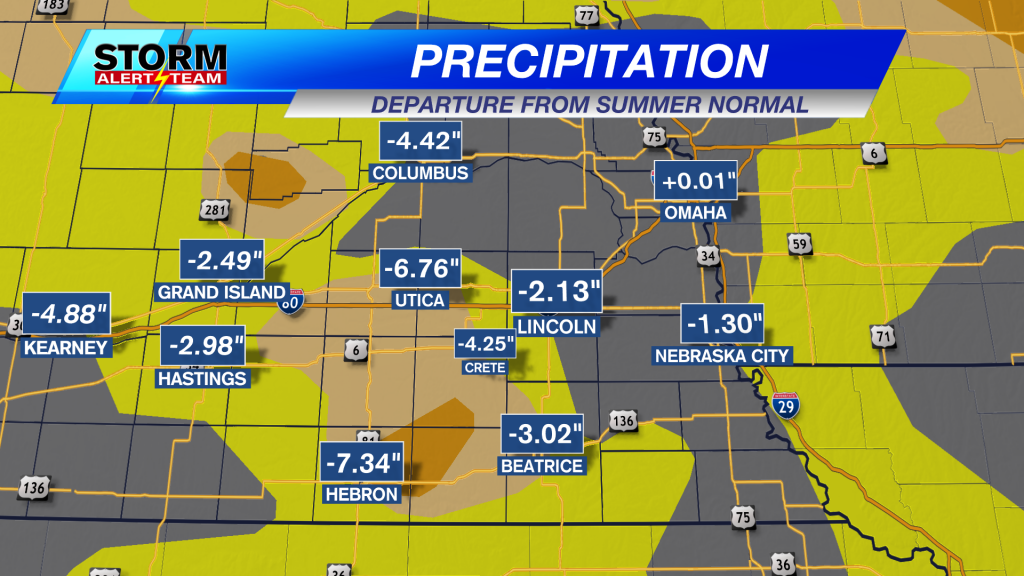 Some places like Hebron and Utica are 6″+ below normal for the summer.  This is one of the reasons portions of the area are categorized in “Abnormally Dry” (yellow), “Moderate” (tan), and “Severe” (brown) drought conditions per last week’s Drought Monitor.

February is short but sweet. This month, we share our picks for the city’s best bonbons and a lot of other unique sweets that are baked, dipped and drizzled to perfection. By Dawnya Bartsch, Martin … END_OF_DOCUMENT_TOKEN_TO_BE_REPLACED

Photo by Caleb Condit and Rebecca Norden It’s Valentine’s Day month, but fancy chocolate deserves to be enjoyed year-round. We visited chocolatiers around the … END_OF_DOCUMENT_TOKEN_TO_BE_REPLACED

Posted on December 1, 2022 Overland Park now has more access to information about its Police Department than ever, thanks to a library of online transparency-focused … END_OF_DOCUMENT_TOKEN_TO_BE_REPLACED

The annual Beard Awards semifinalists nominations were just released and Kansas City’s food and drink scene has something to celebrate. The KC area has seven semifinalists by our count, including two … END_OF_DOCUMENT_TOKEN_TO_BE_REPLACED