There has been a lack of sunshine around southeast Nebraska this month.  Only 52% of possible sunshine has been able to reach the ground in Lincoln.  Looking back at each month this year, this month has had the lowest percentage followed by January.

Gray skies will continue to be the rule for much of the next 7-10 days.  We will get a few breaks in the clouds Wednesday, allowing the the bright round object in the sky to appear.  However, even with the sun breaking through the clouds, temperatures are going to remain 5° to 8° below normal with highs in the lower to middle 60°s.

Tonight, partly to mostly cloudy skies will allow temperatures to drop to the middle 30°s to lower 40°s early Wednesday morning.  Because of that, a Frost Advisory has been issued for several counties in central and northeastern Nebraska.  The advisory will be in effect from 3 a.m. to 9 a.m. Wednesday morning. 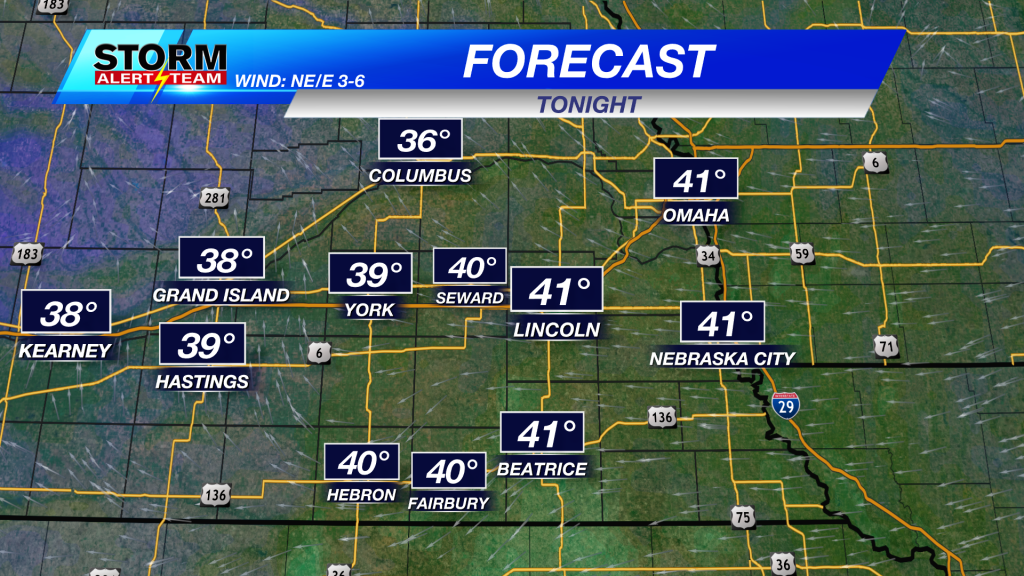 We are moving in to a pattern where there is a daily chance for rain for at least 8 of the next 10 days.  It starts Wednesday with an isolated chance for a showers, especially west of Lincoln. 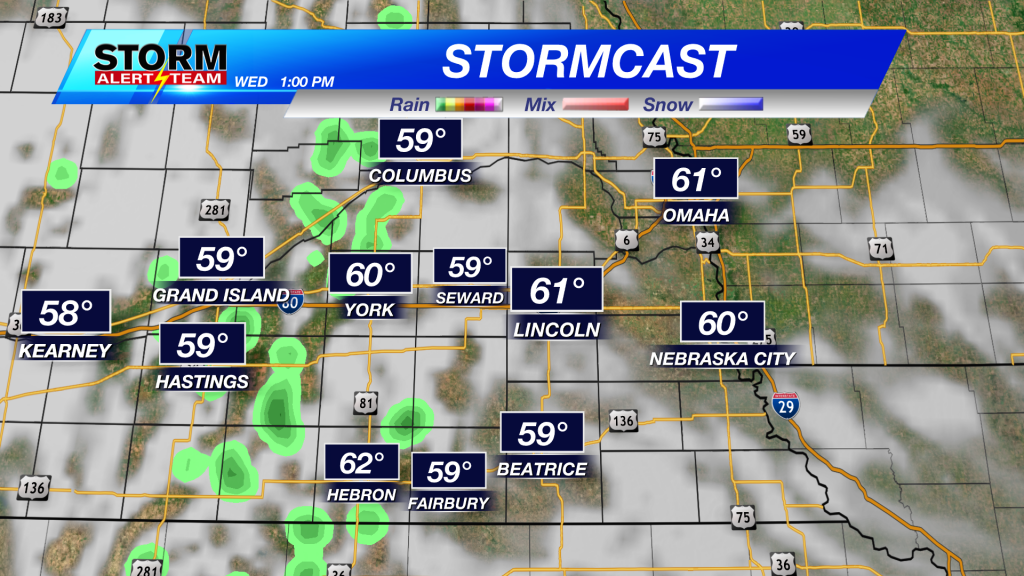 Thursday brings a chance for scattered showers, mainly over northern counties of the Channel 8 viewing area.  Morning rain will be possible Friday and again Saturday.  Then scattered showers each day Sunday, Monday, and Tuesday. A chance for a thunderstorm is possible next Wednesday. 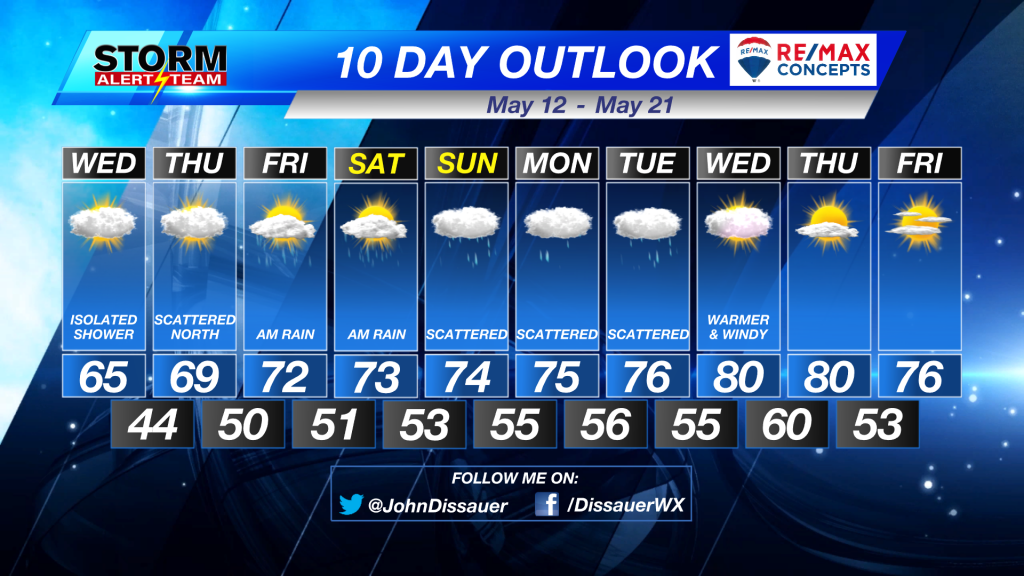 If you’re a novice or on a budget, it’s easy to walk away from a wine tasting feeling lost. Local wine shop Underdog is working to make grape education more accessible with Wine by the Class, a … END_OF_DOCUMENT_TOKEN_TO_BE_REPLACED

November 28, 2022 Sports Jeremey Theron Kirby, Photographer In 2018, the Kansas City Chiefs and the Los Angeles Rams played what many consider to be the greatest … END_OF_DOCUMENT_TOKEN_TO_BE_REPLACED

Limitless Brewing beers/Courtesy photo Limitless Brewing was Lenexa’s first brewery and has enjoyed being tucked away in an industrial park just west of I-35. With little signage … END_OF_DOCUMENT_TOKEN_TO_BE_REPLACED

When the Covid lockdown closed the dining room of Lawrence mainstay Ramen Bowls, owner Shantel Grace found herself reconsidering the restaurant industry as a whole. Though she was still open for … END_OF_DOCUMENT_TOKEN_TO_BE_REPLACED

The Annie boots by Tecovas/Photo by Samantha Levi Don’t mosey into the new Tecovas store in Leawood looking for jeans with rhinestones on the pockets. The Texas-based brand, founded … END_OF_DOCUMENT_TOKEN_TO_BE_REPLACED