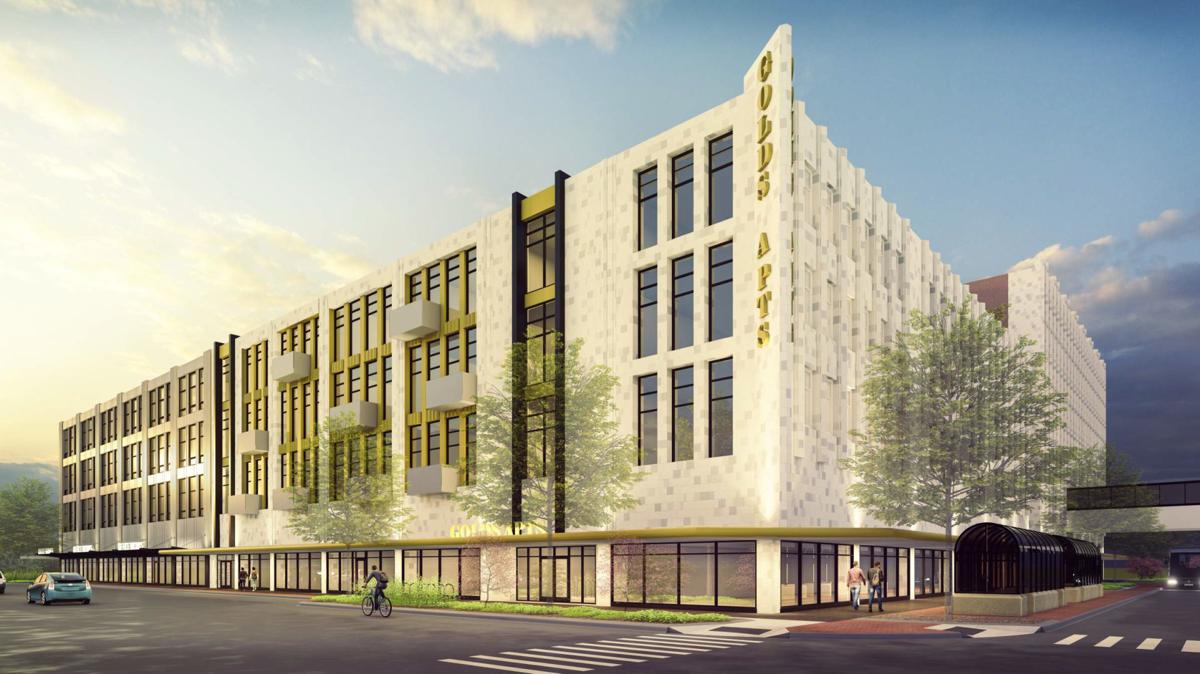 Updated plans for redevelopment of the Golds Building, shown looking northwest from 11th and N, call for 183 apartments on the renovated upper floors. 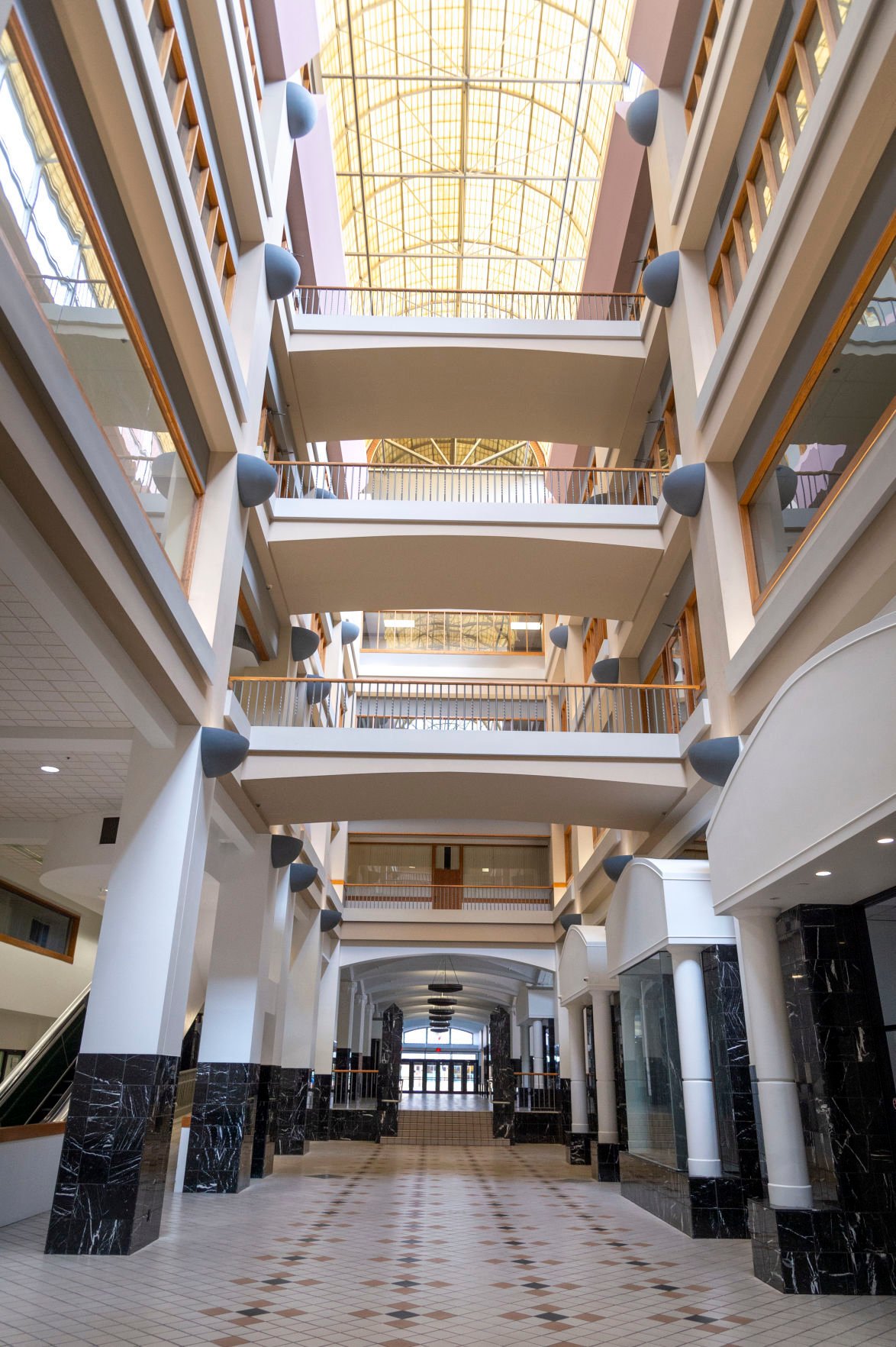 Redevelopment of the Gold’s Building, the interior of which is seen here, no longer includes plans for a hotel.

A revamped redevelopment plan for the Gold’s Building aims to turn it into one of the largest apartment projects in downtown history.

The plan now calls for renovating the upper floors of the Lincoln landmark into apartments, with approximately 183 units planned. That would make it one of the biggest residential projects in downtown history.

Keating Resources, owned by Nebraska native Gerard Keating, bought the building in December 2019 for $2.3 million, and at the time announced plans for a redevelopment that would have turned the six-story north tower into a 110-room hotel and remodeled the four-story south portion of the building, which was to remain home to existing tenants, including State of Nebraska offices.

The coronavirus pandemic and its effect on the hotel industry led the company to rethink its plans, however.

In November, a Keating Resources representative told the Journal Star that it had put the building up for sale and believed it made more sense to do a residential project.

Keating said he now has a deal in place to sell the building to an investment group led by Jeff McMahon, who is a former managing partner of RED Development, which owns SouthPointe Pavilions. McMahon, who now has his own real estate development company based in the Kansas City area, is a University of Nebraska-Lincoln graduate.

“I’m grateful to the Keating family for all they’ve done over the past few years to improve the Gold’s building and to allow me to purchase it,” McMahon said. “I’m also very excited to take what they’ve done and to create a new vision for the building in a way that honors its past while introducing new and creative ideas. … I can’t see Lincoln without a healthy Gold’s building. I’m looking forward to giving it a new life and being a major part of downtown Lincoln’s future.”

Gold’s plan has changed; hotel no longer in the works

That sale, the terms of which were not disclosed, is scheduled to close in May, Keating said, but work on the project likely will not commence until the end of October. That’s when the existing lease for state government offices in the building, including the Department of Vital Statistics, runs out. Those offices will be relocated to other state government buildings.

The project, which originally was pegged at $15-$20 million, has doubled in cost. The redevelopment plan submitted to the Planning Department estimates the cost of the revised plan at about $35 million. Keating said it’s likely to be closer to $40 million.

McMahon’s group also is hoping to buy an abandoned building next door to the Gold’s Building at 1023 O St., demolish it and create a small park or open space for residents.

It’s estimated the project would generate nearly $5.2 million in tax-increment funding that could be used to pay for things like streetscape improvements, facade enhancements and energy-efficiency upgrades.

The project will join a number of other downtown residential projects currently under construction or set to start soon, including the Lied Place Residences at 11th and Q streets and the Canopy Park apartments near Seventh and N.

“Our 2018 Master Plan called for a diverse mix of housing in large numbers, and we are starting to see just that,” Ogden said in an email. “As this trend continues, we will experience a much more affordable and accessible urban neighborhood.”

Because the 96-year-old Gold’s Building is on the National Register of Historic Places, the plan must go before the city’s Historic Preservation Commission, where a public hearing is scheduled for Thursday.

The plan is tentatively scheduled to go before the Planning Commission on March 3.

The Iowa Capitol dome. (Photo by Iowa Capital Dispatch) Even as lawmakers were rushing bills through committee ahead of this week’s legislative deadline, legislative leaders were offering partisan … END_OF_DOCUMENT_TOKEN_TO_BE_REPLACED