KANSAS CITY, Mo.– It’s summer, and that means heat, humidity, and occasional storms for the Midwest. But for the western half of the United States, it usually means extreme drought and wildfires. And this year’s no different.

Fires have been raging across the western and northwestern states for the last few months, and even western and central Canada is getting in on the wildfire activity.

Smoky skies during the summertime isn’t all that unusual for the middle of the country, but the amount of smoke in our skies of late has been very impressive!

Yesterday, it was difficult to tell the difference between the sky and the afternoon clouds because of the milky, white backdrop. And the smoke in the upper atmosphere was easy to spot on satellite Sunday morning:

Once again for the umteenth day in a row…lots of wildfire smoke in the atmosphere. Somewhat usual for use to see it so clearly in the middle of the day on the satellite picture locally. That milky look is all smoke #fox4kc #mowx #kswx pic.twitter.com/ZfQAb7cQw6

Haze and a smoky, white sky can still be seen in the middle of the day Monday from our towercam. 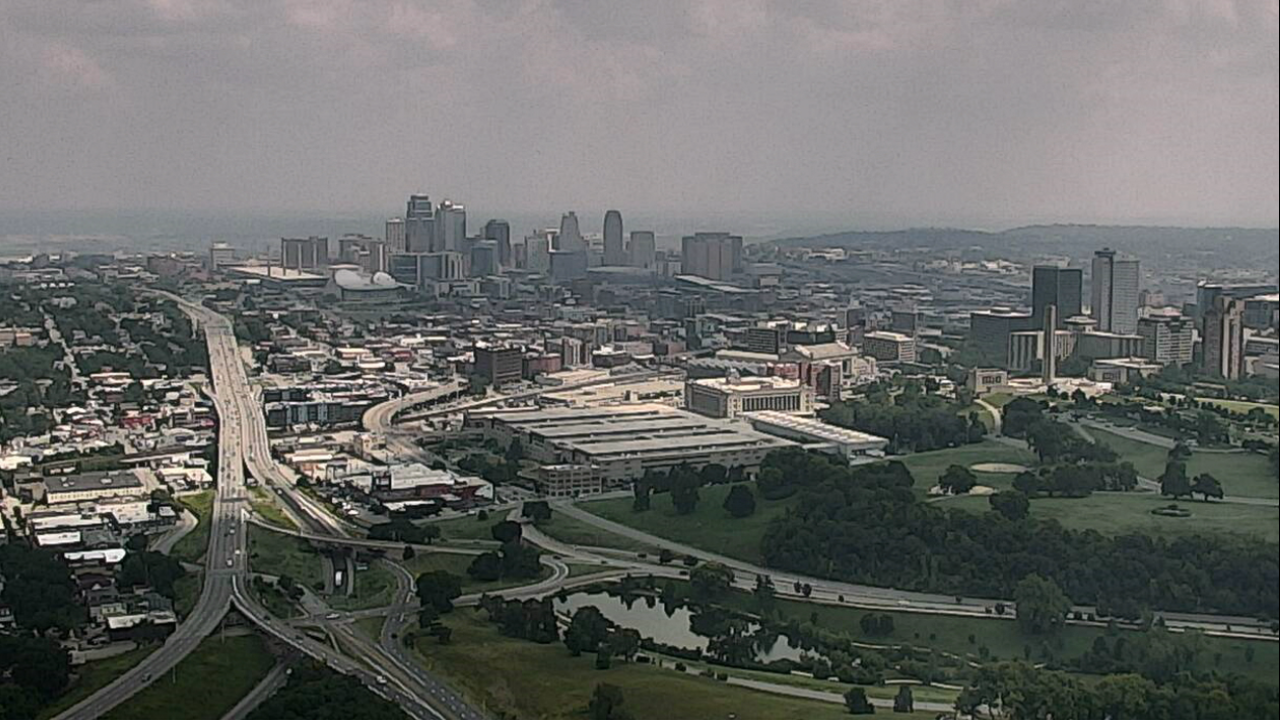 So, why are we seeing the effect of fires 1,000-plus miles away? It all has to do with the wind direction above our heads. About 18,000 feet up, the winds are circling around an area of high pressure out west. Air is travelling from the Pacific Ocean into California, then turning north into Canada. From there, it taps into the wildfire smoke across the northwestern U.S. and western Canada before heading southeast into the Central Plains, right over us. 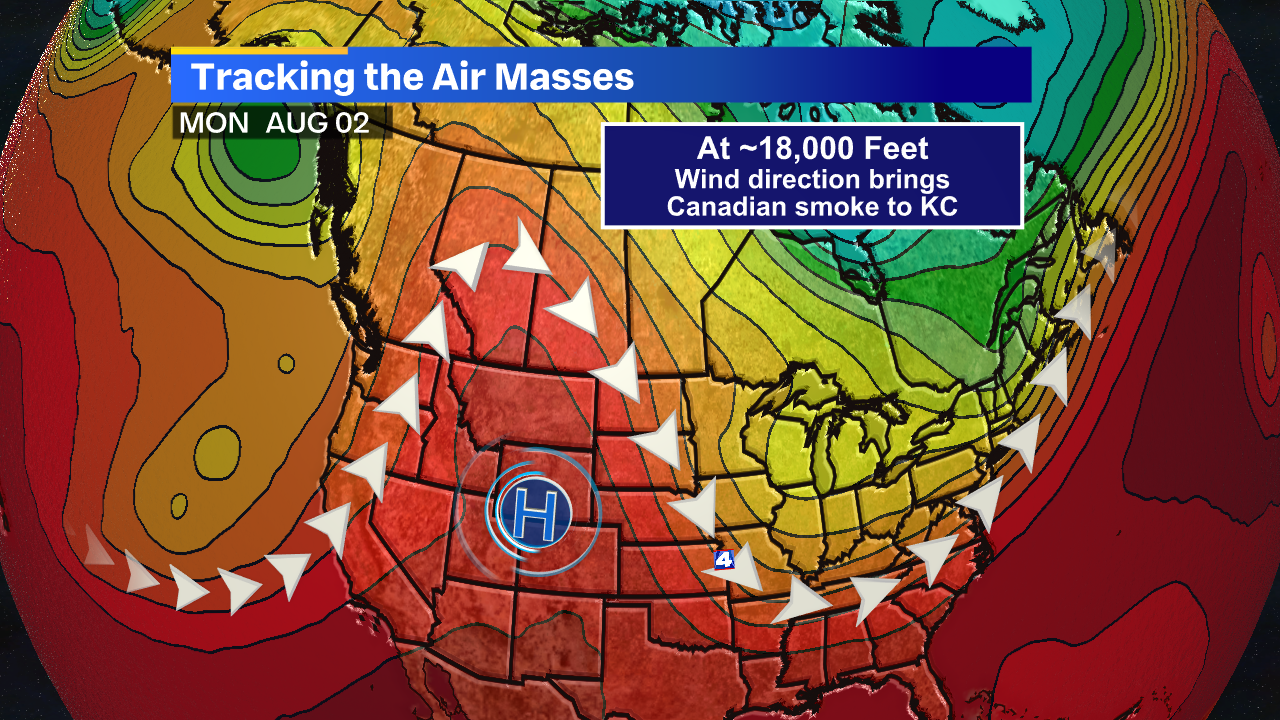 This pattern really won’t be breaking down tomorrow or Wednesday. So in the meantime, an Air Quality Alert has been issued for the Kansas City metro area:

Due to wildfire smoke spread across the region; @airqkc as issued an Air Quality Alert for today and Tomorrow. Please limit or avoid strenuous outdoor activity. People with heart-related or respiratory illness should remain indoors. pic.twitter.com/XupVdlulFX

If you have trouble breathing or have heart/lung problems, try to limit your time outside through Wednesday. Air quality should improve for Thursday as the upper-level winds flip around out of the southwest with a weak disturbance coming through the Kansas City area, bringing more clouds and possibly some scattered showers.

Posted on May 25, 2022 Overview is the City’s quarterly newsletter for residents. It includes news, things to see and do in Overland Park, valuable information for neighborhoods … END_OF_DOCUMENT_TOKEN_TO_BE_REPLACED

Photography by Kayla Masisak It’s an odd piece of art in an odd spot. But this kitschy, eye-catching stagecoach placed just perfectly in an oblong oval median in Independence has a … END_OF_DOCUMENT_TOKEN_TO_BE_REPLACED