It is a fairly quiet evening around Nebraska Monday evening as far as the weather is concerned.  That may change as we get past midnight and in to Tuesday morning.

High-resolution computer models suggest a complex of thunderstorms could develop along the South Dakota/Nebraska state line between 10 p.m. and 11 p.m. Monday night.  Models project the thunderstorms will dive south through the eastern 1/5th of Nebraska.

There remains some question whether or not storms will fire up.  If they do, many in eastern Nebraska will get an early morning wake-up call.

As you can see from the image above, this specific computer model projection suggests storms will be moving through O’Neill and heading towards Norfolk between midnight and 2 a.m. Tuesday morning. 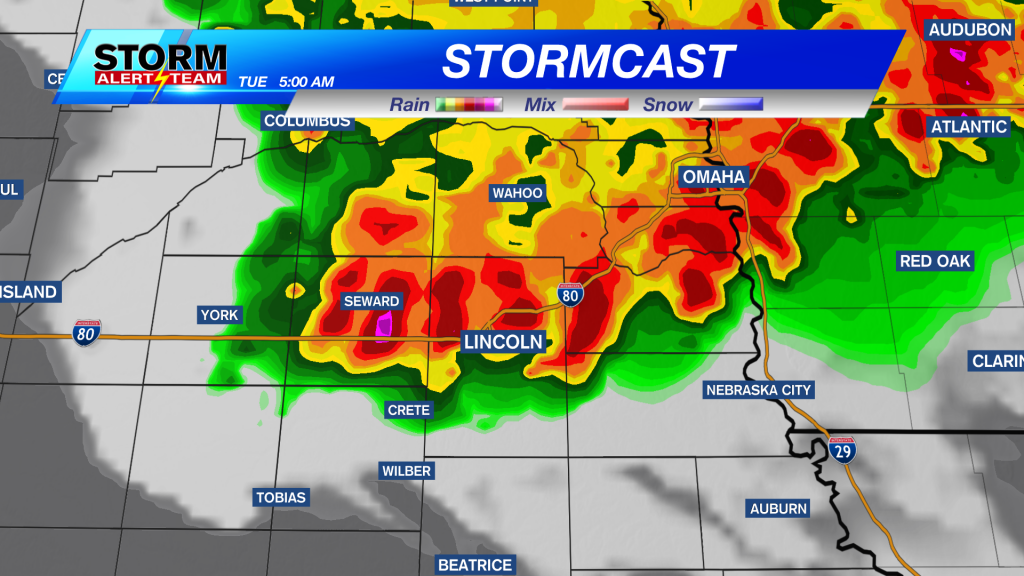 Storms will reach further south, specifically the I-80 corridor between Seward, Lincoln, and Omaha between 4 a.m. and 6 a.m. Tuesday morning.

While I think the main threat from thunderstorms will be heavy downpours, a strong wind gust, and small hail will be possible. 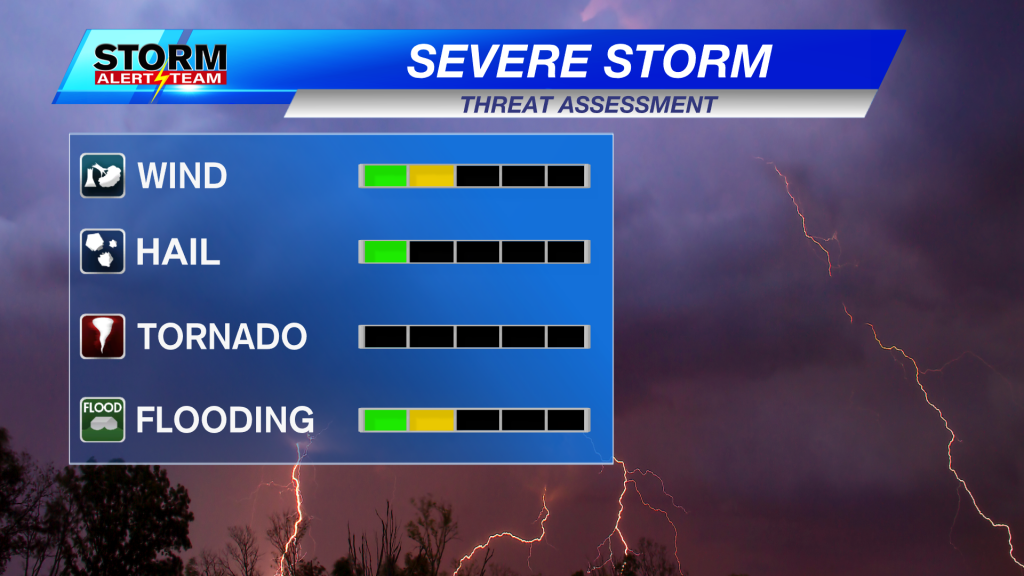 If the line does get going, it isn’t out of the question a severe weather watch could be issued, or a couple severe thunderstorm warnings.

Meteorologist Malcolm Byron and myself will be keeping an eye on any storms that do flare up late tonight through Tuesday morning.  Be sure to get updates via our social media channels.

Posted on December 6, 2021 Deck the halls? More like deck the whole city. One of the most fun pastimes during the holiday season is driving around to see the festive lights on … END_OF_DOCUMENT_TOKEN_TO_BE_REPLACED

If her life hadn’t been in danger in Afghanistan, Sina Baha wouldn’t be in Kansas City. “Under normal circumstances, no one wants to leave their homes, their jobs, their family and move to an unknown … END_OF_DOCUMENT_TOKEN_TO_BE_REPLACED

The pandemic threw a wrench in many people’s holiday shopping. What used to be trips to stores and markets with the family to find the perfect gift turned into Amazon wish lists and online gift cards. … END_OF_DOCUMENT_TOKEN_TO_BE_REPLACED

Rhonda LeValdo travels from Lawrence to Kansas City for every Chiefs home game, but she’s never actually been inside Arrowhead Stadium. Instead, she stands by a bus stop at the corner of Red Coat Lane … END_OF_DOCUMENT_TOKEN_TO_BE_REPLACED