Sunday morning started off on a soggy note for some across the state. Most rain fell west of the Tri-Cities – west of Highway 281 to be more specific. Even if you saw rain in the morning, Sunday afternoon was an overall nice day.

Since no showers have developed through early Sunday evening, I’m hard-pressed to think that we’ll see any rain for the rest of the evening. Lincoln will be mostly clear overnight Sunday and into Monday morning with lows near 61°. There may be some patchy fog in some spots for your morning commute.

We won’t rule out a small chance for an isolated storm west of the Tri-Cities – similar to what we saw last night. However, high-resolution computer model guidance has trended drier and drier over the last several runs. The moral of the story is that most will stay dry overnight, but if anyone has the slightest chance to see rain, it will be mainly west of the Tri-Cities.

Monday looks mostly clear and slightly warmer with a high temperature of 86°. 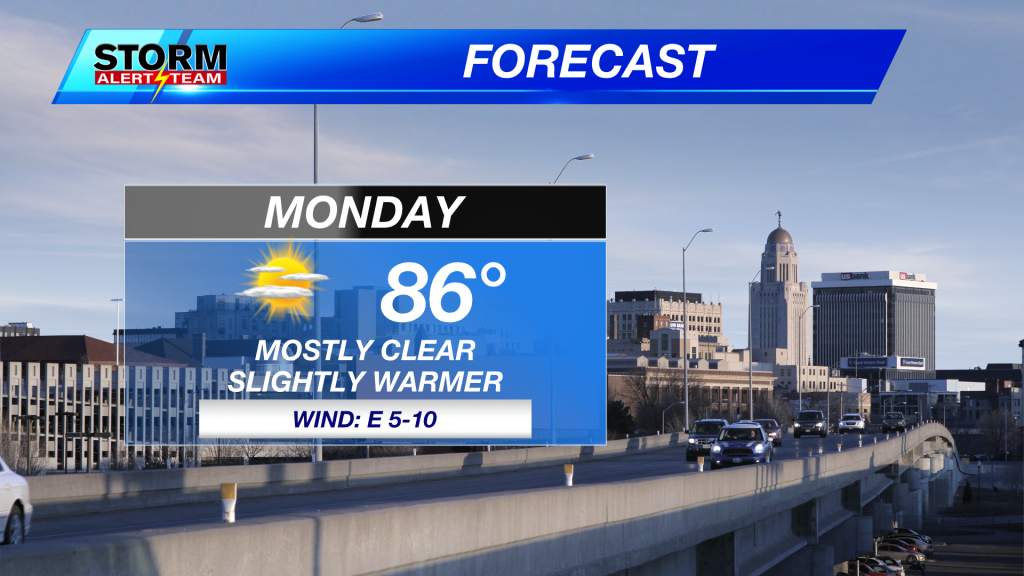 We’ll continue the warming trend into next week, perhaps reaching the upper 90s for highs by the end of the workweek. As we warm up, we will also dry out. Summer is coming back in full force!

Posted on December 1, 2022 Overland Park now has more access to information about its Police Department than ever, thanks to a library of online transparency-focused … END_OF_DOCUMENT_TOKEN_TO_BE_REPLACED

Here are twenty-five great things to do in Kansas City this weekend, December 1-4, including a festive drink pop-up at Julep, an ugly Christmas sweater party, and several holiday markets and large … END_OF_DOCUMENT_TOKEN_TO_BE_REPLACED

A familiar dispute continues to rage in Johnson County. The conflict? The building of apartments and other multi-family housing options. This year, the battle’s intensity grew following a new push to … END_OF_DOCUMENT_TOKEN_TO_BE_REPLACED

The Holiday season is in full-swing in KC with a big slate of Christmas concerts, shows and events. Here’s where we’ll be in December 2022. Soul of Santa The Soul of Santa “Do Good” Foundation is … END_OF_DOCUMENT_TOKEN_TO_BE_REPLACED

In January 2017, Marcus Lewis Big Band took the stage at The Blue Room. For this set, bandleader Marcus Lewis invited special guest Ryan Davis, also known as Kadesh Flow, to the stage for a surprise: … END_OF_DOCUMENT_TOKEN_TO_BE_REPLACED