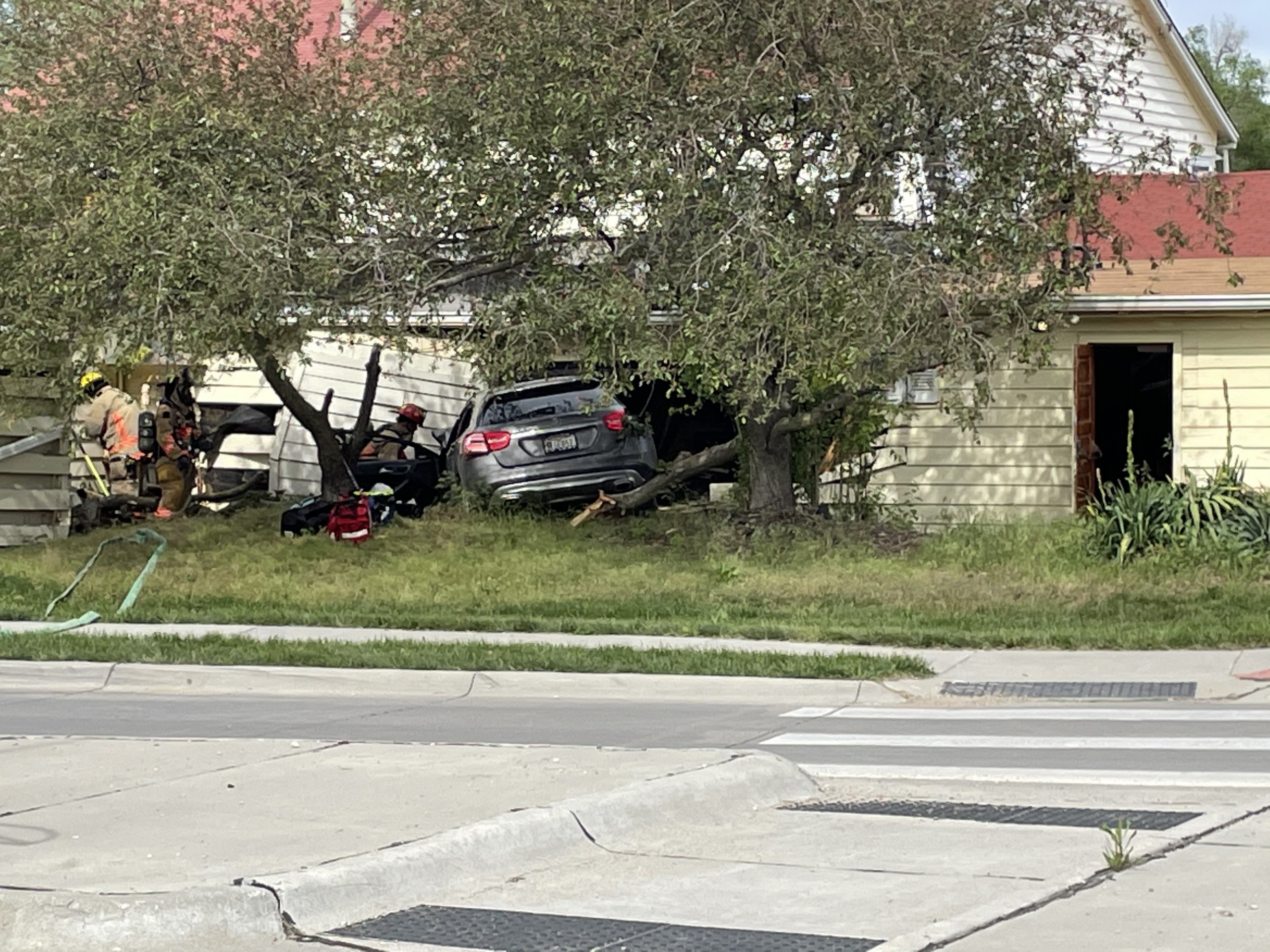 A car appears to have crashed into the restaurant just off Coddington Ave right around 4:20 pm. A large hole has been torn into the side of the building due to the crash.

Channel 8 spoke with several employees who were inside. They said it sounded like a tornado came down on the building.

There are booths located on the side of the building that was hit, but thankfully no one was eating there at the time.

It is unclear what caused the crash at this time.

Although no customers or employees were injured, our reporter spotted the driver being taken away on a stretcher.

Some lanes of traffic are blocked off in this area. Please avoid it if possible.

This is a developing story and we’ll keep you updated as new details are released.

Photo courtesy of Charlotte Street Foundation Not Quite Fatal A group show of seven artists whose practices include printmaking, sculpture, and drawing, Not Quite Fatal was … END_OF_DOCUMENT_TOKEN_TO_BE_REPLACED

In the depths of the pandemic lockdown, when people around the world were feeling isolated and depressed, a group of Kansas City beer geeks started a group called Quarantined Beer Chugs. It was a … END_OF_DOCUMENT_TOKEN_TO_BE_REPLACED

Perhaps I’ve had cachete tacos in Kansas City before and not realized it. They go by a couple other names—cabeza, barbacoa. In Spanish, cachete means “beef cheeks” (one part of the cabeza) and it is … END_OF_DOCUMENT_TOKEN_TO_BE_REPLACED

Posted on January 25, 2022 City Council has approved a new pilot program allowing many Overland Park residents to raise chickens. Under the program, residents will be able to … END_OF_DOCUMENT_TOKEN_TO_BE_REPLACED