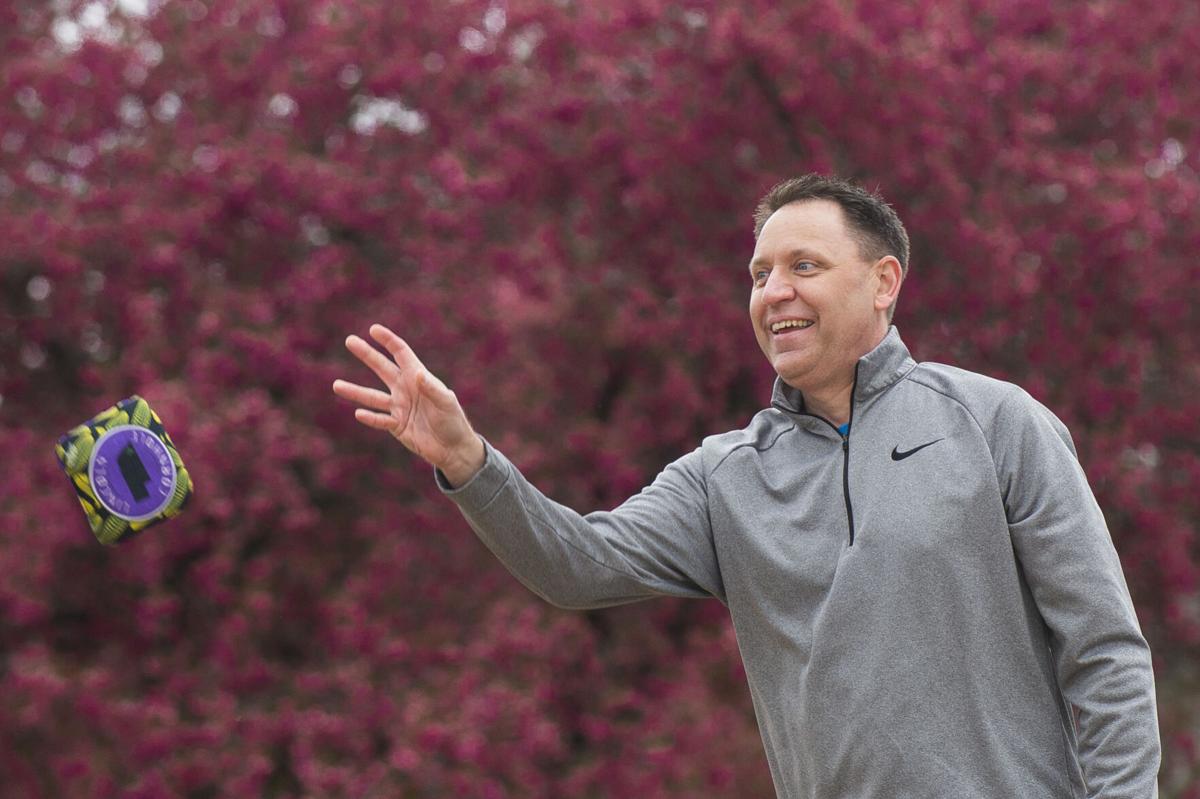 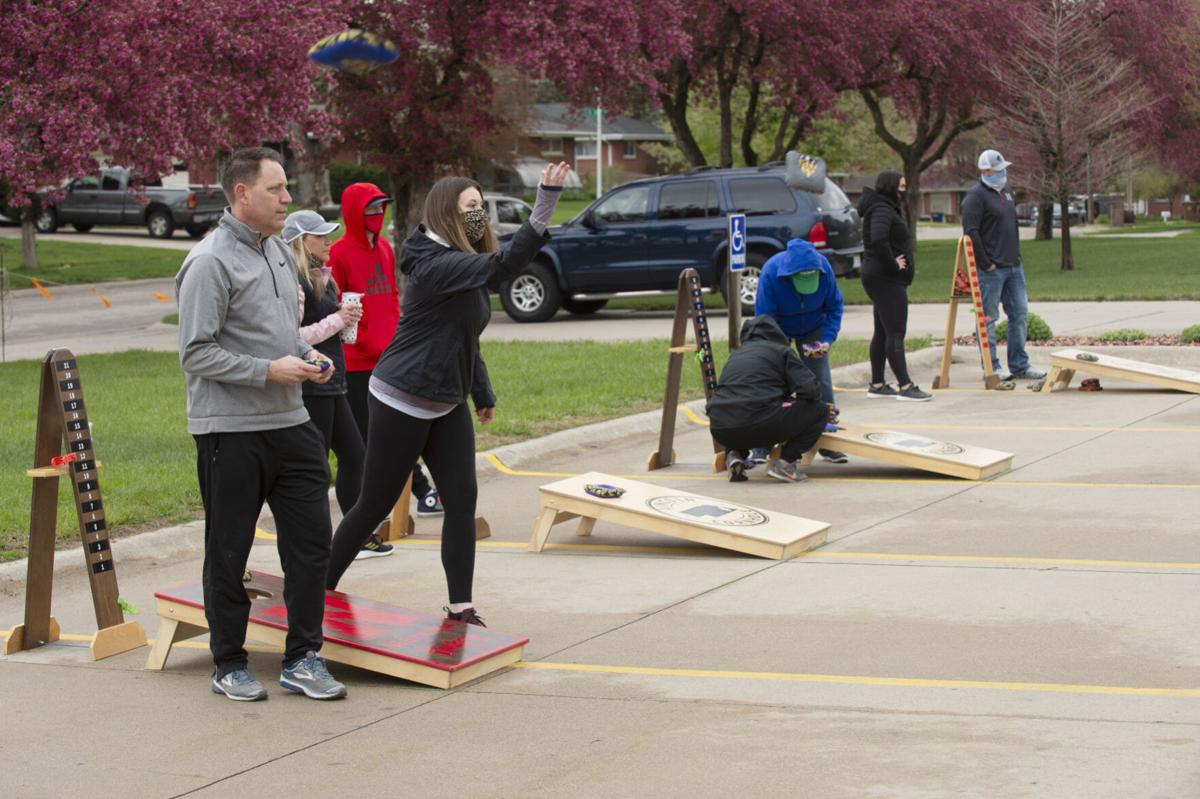 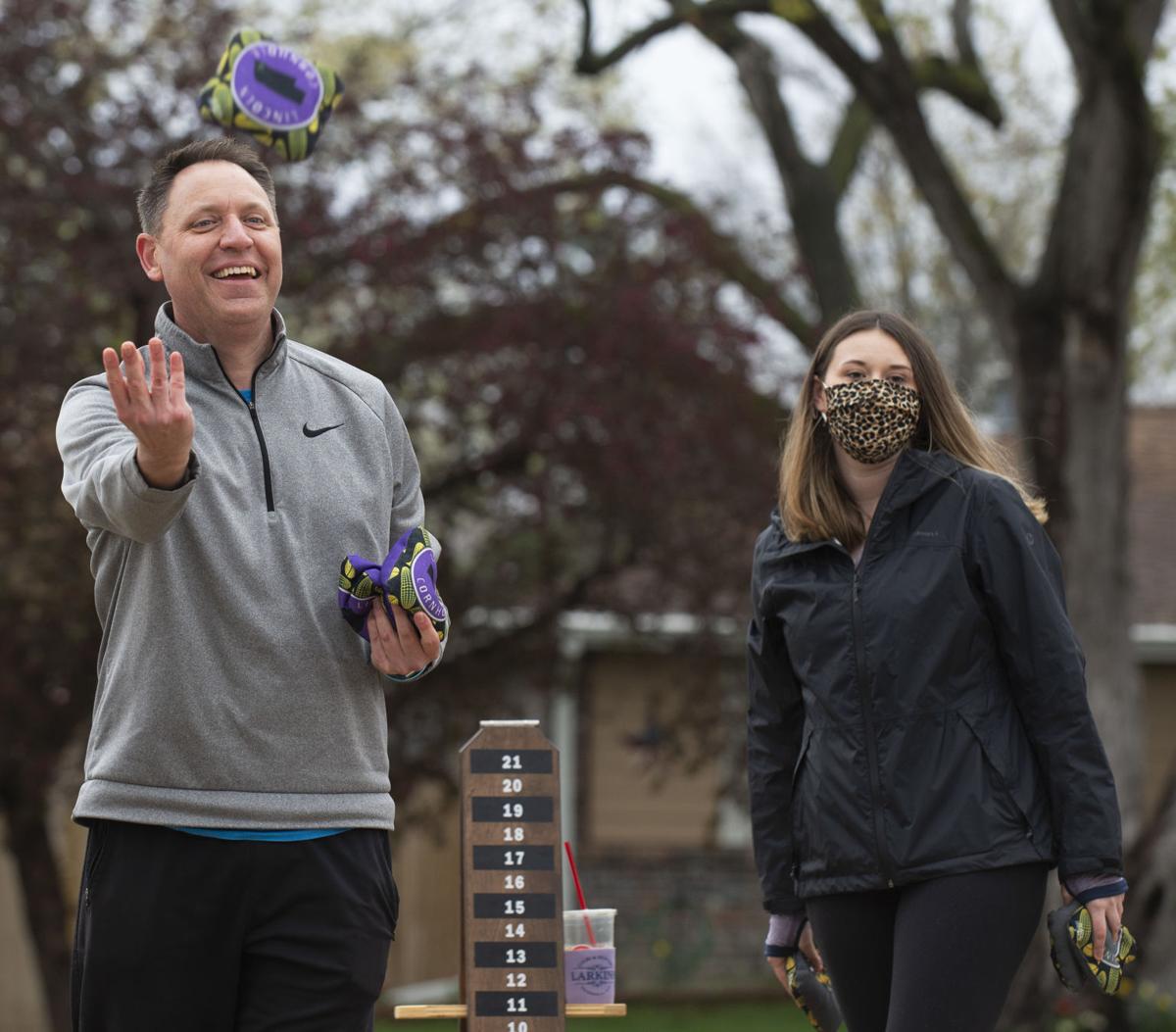 During April, which is Parkinson’s Awareness Month, the Lincoln community combined raising awareness and funds with having fun.

On April 17, 12 teams gathered at South Gate Methodist Church for a cornhole tournament to raise awareness of the disease. A virtual brewery tour with Zipline Brewing Co. on April 30 also served as a fundraiser.

Lincoln resident and Heartland Chapter board member Brian Reetz has organized an annual cornhole competition to raise money for Alzheimer’s in years past, but planned a tournament for the first time for Parkinson’s this year.

Reetz said his mother has Parkinson’s, which initially sparked his motivation to begin learning more about the disease and ways to help.

Reetz said the cornhole tournament ended up being a fun event and also raised around $800 for the Heartland Parkinson’s Foundation.

“I just love it because you can create awareness about stuff, and you can also raise funds and have fun,” he said. “It’s my way of engaging with the community.”

Reetz also organized the virtual brewery tour. Participants received a six-pack of Zipline’s Cloudline Hazy IPA and were given a tour of the brewery via Zoom.

A new community group on Facebook, the Lincoln Parkinson’s Community, formed recently to provide support and resources for those with Parkinson’s, Reetz said.

Parkinson’s is estimated to affect about 1 million Americans, and about 60,000 Americans are diagnosed with the disease each year, according to the Parkinson’s Foundation. Parkinson’s is also the second-most common neurological disease after Alzheimer’s, and is the 14th-leading cause of death in the country.

The disease is associated with progressive loss of motor control, including shaking or tremors at rest and lack of facial expressions. Depression and anxiety can also occur as symptoms.

While there is no cure for Parkinson’s, a variety of treatments are available.

Shirley Ritter, an 86-year-old Lincoln resident who has Parkinson’s, said she’s found exercise to be a vital part of her routine to feel her best. She also said she’s learned she has to take it slow sometimes, as her energy level can get low in the afternoon.

“You just have to keep going,” she said.

“Just different people and at a different point in their illness, and yet we just support each other, cheer for each other,” she said.

She said the support group has been able to continue meeting over Zoom and she hopes they’ll be able to return to exercise classes soon.

Ritter said she thinks many people aren’t aware of Parkinson’s until it affects someone close to them.

“I think so many people have in their head a grandparent, or someone who they saw get worse day by day, and ended up sitting in a chair and the tremors kind of took over,” she said.

JT Cattle, development director for the Heartland Parkinson’s Foundation, also traveled to Lincoln for the cornhole tournament. He said the foundation’s Parkinson’s Champions program focuses on how awareness and fundraising can be accomplished through a variety of avenues.

“You can do cornhole tournaments, you can throw birthday parties, you can have car washes, bake sales, you can run and have people support you, whatever people’s passions are, we want them to be a champion for the Parkinson’s Foundation,” he said.

Cattle said even small events and campaigns can end up having a large impact on Parkinson’s awareness.

“This sort of event can really just domino and trickle into other surrounding communities,” he said. “It just helps really expand that outreach.”

As Parkinson’s Awareness Month came to a close at the end of April, Reetz said he was proud of all of the work the local community was able to accomplish and the awareness they were able to build.

“That’s what I like about having awareness months, too, it really gives everybody the ability to focus more on that month and maybe one thing that’s going on that month,” Reetz said. “This gives us a chance to focus on it during a period of time to let people know about the things that they’re going through, too, and raise some funds for it.”

Perhaps I’ve had cachete tacos in Kansas City before and not realized it. They go by a couple other names—cabeza, barbacoa. In Spanish, cachete means “beef cheeks” (one part of the cabeza) and it is … END_OF_DOCUMENT_TOKEN_TO_BE_REPLACED

Posted on January 25, 2022 City Council has approved a new pilot program allowing many Overland Park residents to raise chickens. Under the program, residents will be able to … END_OF_DOCUMENT_TOKEN_TO_BE_REPLACED

El Torreon Ballroom was born as a Jazz Age ballroom. In the seventies, the building became a counterculture hub as The Cowtown Ballroom. New owners have big plans to give it a new life. Twice in its … END_OF_DOCUMENT_TOKEN_TO_BE_REPLACED

In Kansas City Actors Theatre’s The Pests, all Eraste wants to do is meet up with his beloved. And all anybody else wants to do is detain him.  The play, which runs through January 30 at the City … END_OF_DOCUMENT_TOKEN_TO_BE_REPLACED