Temperatures have climbed in to the middle and upper 90°s Wednesday afternoon.  Dew points have been very oppressive, sending the heat index to levels not felt in nearly two years.  The heat index peaked at 109° in Columbus and 108° in Lincoln.

The air temperature reached 98° in Lincoln.  This is the warmest the city has been on this date in 22 years.  The peak heat index (108°) is also the highest level the city has encountered since August 2019.

I do see some relief from the high temperatures coming our way – starting as early as Thursday – thanks in part to a weak cold front passing through the region.  However, it isn’t going to feel much cooler. With high humidity tomorrow, the heat index will range from 100° to as high as 110° in parts of southeast Nebraska.  The air temperature will top out in the 90°s. 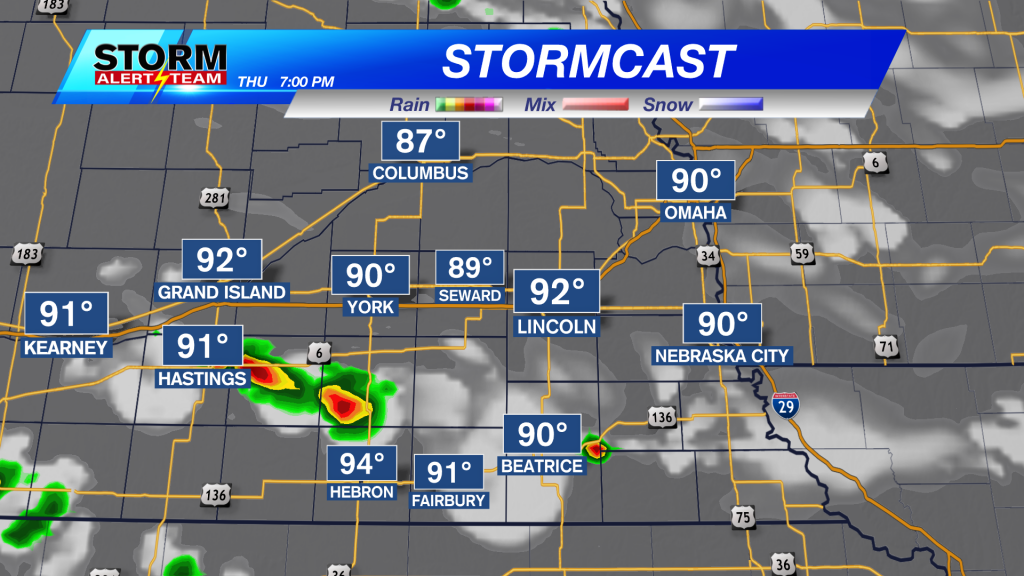 As the upper-level hot dome begins to move to the south/southwest, a cold front will begin moving through southeast Nebraska, increasing the chance for a few showers and thunderstorms late afternoon and evening.

The chance for daily showers and thunderstorms will continue Friday and again Saturday.  This will help keep temperatures lower, falling below 90° starting Friday and continuing through all of next week.

Posted on December 1, 2022 Overland Park now has more access to information about its Police Department than ever, thanks to a library of online transparency-focused … END_OF_DOCUMENT_TOKEN_TO_BE_REPLACED

Here are twenty-five great things to do in Kansas City this weekend, December 1-4, including a festive drink pop-up at Julep, an ugly Christmas sweater party, and several holiday markets and large … END_OF_DOCUMENT_TOKEN_TO_BE_REPLACED

A familiar dispute continues to rage in Johnson County. The conflict? The building of apartments and other multi-family housing options. This year, the battle’s intensity grew following a new push to … END_OF_DOCUMENT_TOKEN_TO_BE_REPLACED

The Holiday season is in full-swing in KC with a big slate of Christmas concerts, shows and events. Here’s where we’ll be in December 2022. Soul of Santa The Soul of Santa “Do Good” Foundation is … END_OF_DOCUMENT_TOKEN_TO_BE_REPLACED

In January 2017, Marcus Lewis Big Band took the stage at The Blue Room. For this set, bandleader Marcus Lewis invited special guest Ryan Davis, also known as Kadesh Flow, to the stage for a surprise: … END_OF_DOCUMENT_TOKEN_TO_BE_REPLACED