A Colorado woman is facing an attempted murder charge after authorities said she shot an alleged home intruder last weekend.

Police said Emily Strunk, 25, of Aurora, called 911 on Saturday after shooting a male intruder who allegedly broke into her apartment, FOX 31 Denver reported.

The initial investigation suggested the intruder, who had a previous relationship with Strunk, forced his way into the apartment and assaulted another man inside, identified as 27-year-old Kevin Wertin, police said.

Emily Strunk, 25, called 911 on July 31 after she shot a male intruder who allegedly broke into her apartment, authorities say. (Aurora Police)

Strunk was detained and released pending further investigation, according to Aurora police.

But the department said Tuesday that Strunk and Wertin were both arrested after new information, which has not yet been disclosed, developed in the investigation.

Both suspects face one charge of attempted murder in the first degree, FOX 31 reported. 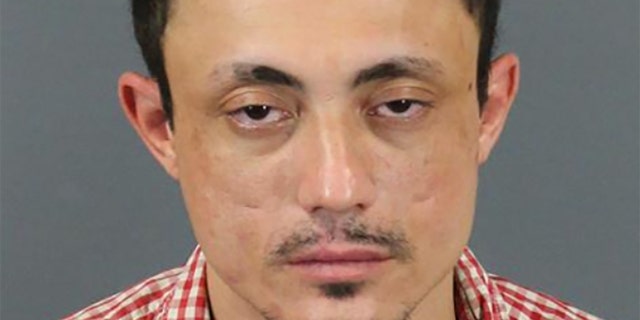 The man who was shot remained in critical condition Tuesday, police said. His identity was not immediately released.

The case remained under investigation. Anyone with more information was urged to contact Metro Denver Crime Stoppers at 720-913-7867.

Aurora is about 10 miles east of downtown Denver.

Posted on December 6, 2021 Deck the halls? More like deck the whole city. One of the most fun pastimes during the holiday season is driving around to see the festive lights on … END_OF_DOCUMENT_TOKEN_TO_BE_REPLACED

If her life hadn’t been in danger in Afghanistan, Sina Baha wouldn’t be in Kansas City. “Under normal circumstances, no one wants to leave their homes, their jobs, their family and move to an unknown … END_OF_DOCUMENT_TOKEN_TO_BE_REPLACED

The pandemic threw a wrench in many people’s holiday shopping. What used to be trips to stores and markets with the family to find the perfect gift turned into Amazon wish lists and online gift cards. … END_OF_DOCUMENT_TOKEN_TO_BE_REPLACED

Rhonda LeValdo travels from Lawrence to Kansas City for every Chiefs home game, but she’s never actually been inside Arrowhead Stadium. Instead, she stands by a bus stop at the corner of Red Coat Lane … END_OF_DOCUMENT_TOKEN_TO_BE_REPLACED