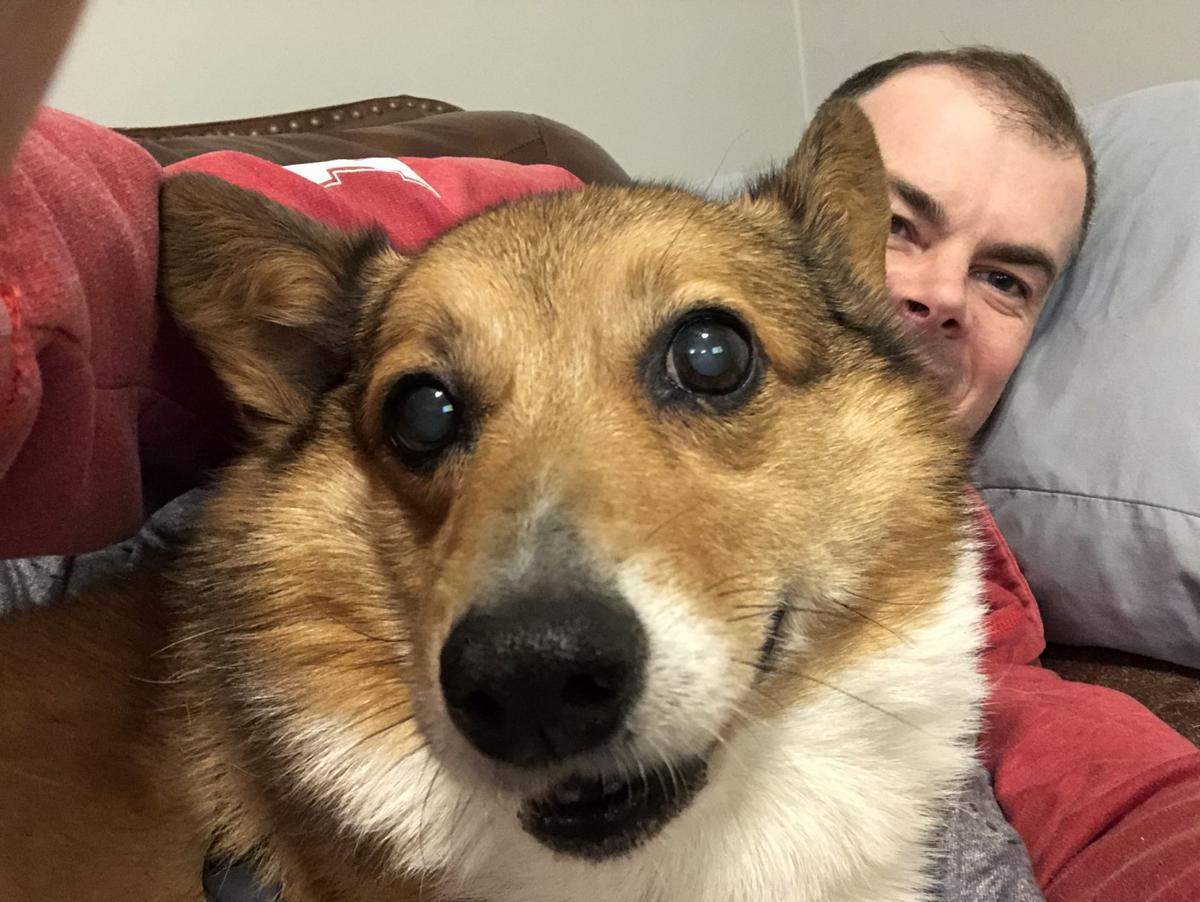 Andrew Weeks with his corgi, Atticus “Attie” Finch. The Lincoln attorney wrote an ode to his dog, purchased for him by his then wife, Christine Weeks, in 2006 as a way to temper his “obsession” with all things Welsh. 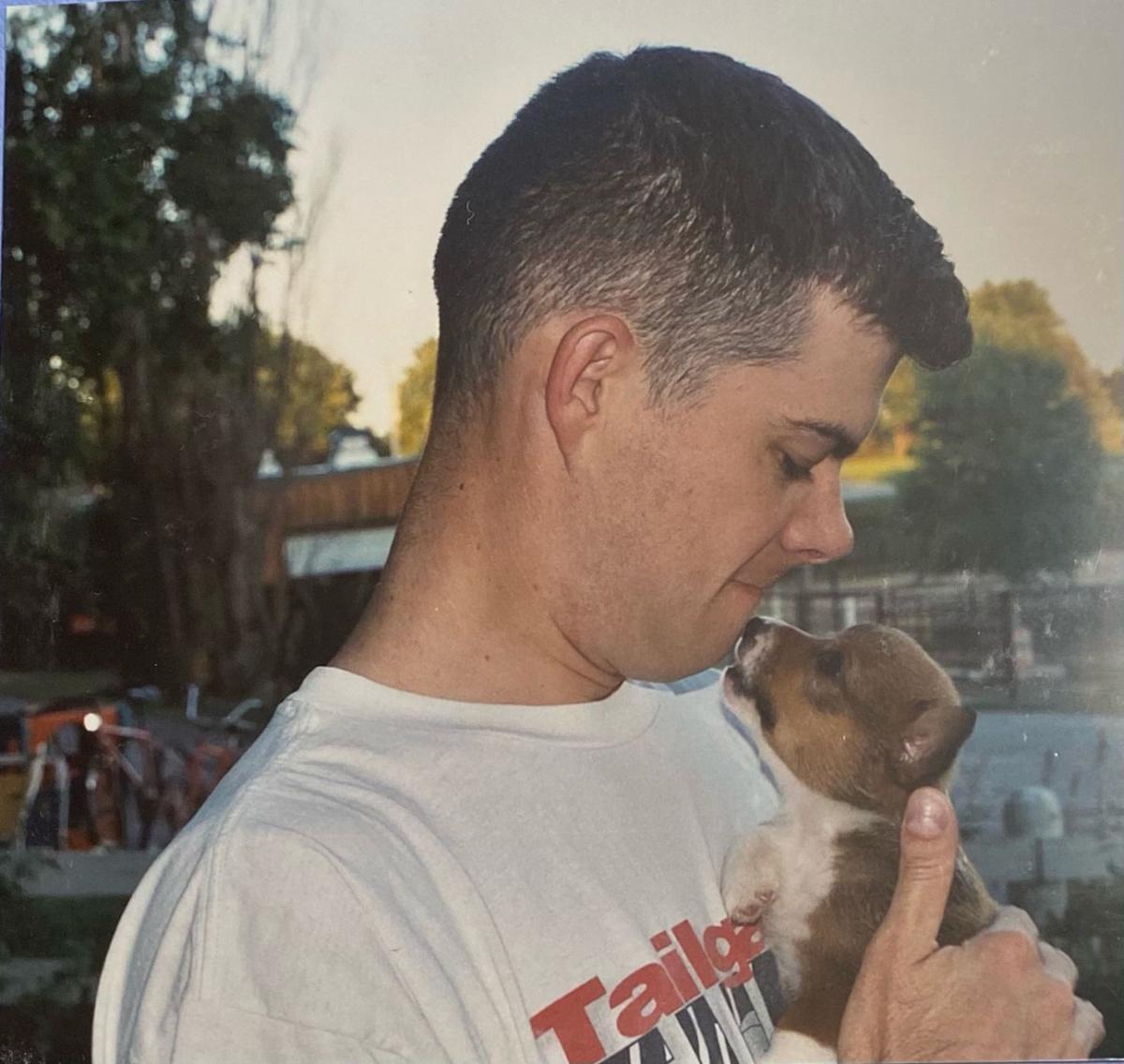 Andrew Weeks with his corgi, Atticus “Attie” Finch. Weeks wrote an ode to his dog who he received as a Father’s Day present in 2006. 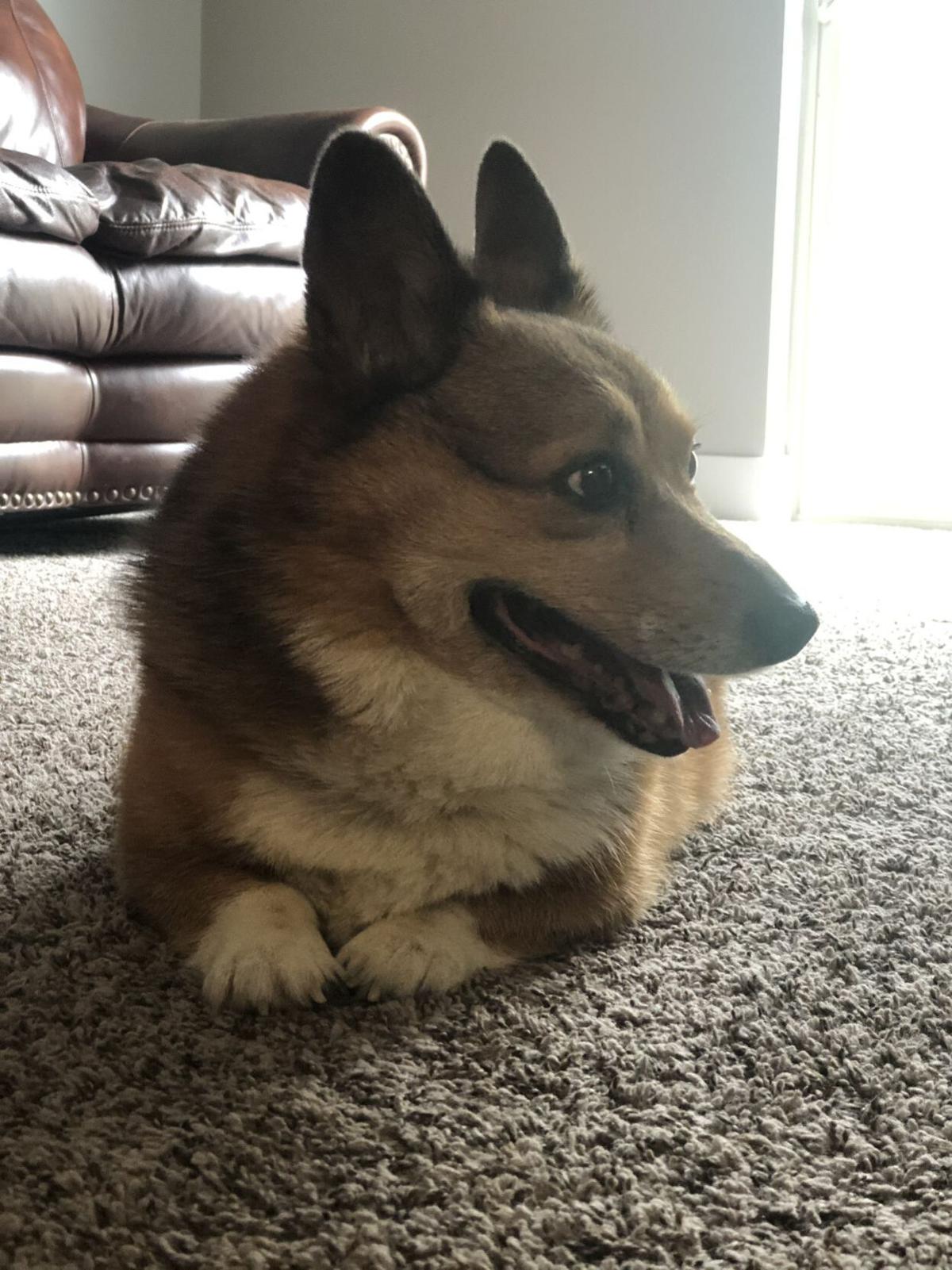 Maybe a corgi would get him to stop the obsession with being Welsh.

That’s the short version of how Attie came into the life — and heart — of Andrew Weeks nearly 15 years ago.

The short-legged puppy was a Father’s Day present, says Andrew’s ex-wife, Christine Weeks. The couple was living in Norfolk with two small children and they figured a dog would complete the family.

And besides, there was Andrew’s Welsh issue.

“He is 100% fake Welsh,” Christine said last week. “He’s seriously obsessed and everyone knows it.”

‘Tis true, said Andrew, who may or may not have Welsh blood, but who grew up with the myth and a fondness for the small country with its own Celtic language and dragon-adorned flag and funny wee dogs.

Andrew and Attie bonded from the start.

The attorney gave her an appropriate (although not Welsh) name: Atticus Finch Weeks, in honor of the justice-minded attorney in Harper Lee’s “To Kill a Mockingbird.”

Eventually, the family would move to Lincoln, expand the family — twin daughters now 12 — and become amicably divorced in 2017.

Attie grew old, and on Feb. 24, Andrew made that last trip to the veterinarian’s office.

He posted the news on Facebook, in the fashion of thousands of pet lovers mourning a loss.

Attie was a gift to Andrew for Father’s Day under the mistaken belief she would tone down his false claim to be Welsh. Boy, did that backfire.

Attie obtained her juris dogtor from the University of Nebraska College of Law. She is best known in the legal community for her authoritative treatise “International Sheep Herding Law” and her proposed amendment to Art. II, Sec. 1 of the United States Constitution to require dog ownership as a prerequisite to holding the office of President of The United States.

Her herding instincts served her well in a four-kid household. She was adorable, loyal, loving, floofy, short, protective, stubborn, surprisingly fast given her ears were longer than her legs, and very bossy. She loved cold weather, rolling around in the grass, and sleeping in front of whatever door you needed to open.

She exercised very good judgment, except that one time she walked out on to the edge of our friends’ above-ground pool and fell off. We are still not sure why she did that.

She leaves behind a corgi-sized hole in the heart of her humans: Andrew, Christine (Dan Foy), Dawson, Ellie, Miley, and Zoe Weeks of Lincoln, Nebraska.

Her loss is particularly ruff for Andrew. She was his faithful companion through thick and thin. There were days when her presence felt like the only constant in an ever-changing world. He misses stepping over her, telling her what a good and cute dog she is, and watching her nap in goofy positions.

He is very sorry for that time he tried to shave her before Ellie showed him information from the internet that you aren’t supposed to shave corgis.

Thank you for being our best friend and making our lives better, Attie. We love you and miss you!

He felt a lot of love from a lot of people, the 43-year-old said. “It’s such a common experience, everyone can kind of relate to it, but that dog is personal, too.”

Andrew started to write the ode to Attie months ago, as the little dog began her decline. He’d write and stop; come back to it and add something and revise.

“Attie was a gift to Andrew for Father’s Day under the mistaken belief she would tone down his false claim to be Welsh,” he wrote. “Boy, did that backfire.”

He praised her herding skills and her personality.

“Adorable, loyal, loving, floofy, short, protective, stubborn, surprisingly fast — given her ears were longer than her legs — and very bossy.”

He noted her faux professional credentials: A juris dogtor from the University of Nebraska College of Law. Her proposed amendment to Art. II, Sec. 1 of the Constitution “to require dog ownership as a prerequisite to holding the office of President of the United States.”

He listed her human family and the “corgi-sized” hole in their hearts: Andrew, Christine (Dan Foy), Dawson, Ellie, Miley and Zoe Weeks of Lincoln, Nebraska.”

The loss, he wrote, “is particularly ruff on Andrew.”

You could hear it in his voice when we talked five days later, the attorney just home from picking up a memento from the vet — Attie’s paw print pressed in clay.

“There were days when her presence felt like the only constant in an ever-changing world,” he wrote.

Attie wasn’t a super affectionate dog. She wasn’t a cuddler. But she’d glue herself to his side. When he’d roll back his office chair, he did it carefully so he didn’t run her over.

Her herding instincts came out when the kids were small. If Andrew scolded them for something, Attie would bark in support. She’d nudge them with her nose, like she was corralling sheep.

The last time the mobile groomer came by she finished sprucing up Attie’s coat and trimming her nails, then posed a question: How do you think Attie’s doing?

“I think she was politely telling me you need to start thinking about this,” Andrew says. “At some point here, I gotta face up to it.”

The vet had already warned him that something was wrong with Attie’s liver. Watch for signs of weakness, she said.

And Attie did get weak. Her back legs would give out. She’d go outside and fall over. Sometimes she’d sleep so hard it scared Andrew. She’d bark at nothing, seemingly confused. Her eyesight began to fail.

He made an appointment to put her down. He canceled it.

And then it was time.

“He misses stepping over her,” he wrote, “telling her what a good and cute dog she is and watching her nap in goofy positions.”

In the end, Andrew wrote 321 words in honor of his family’s best friend.

His “faithful companion through thick and thin.” The dog that took a family through babies and teenagers and moves and divorce.

The glue through it all, Andrew says.

His 30-pound claim to the Welsh in him.

{{featured_button_text}} Jake Immink of Fairbury was on a ventilator for more than 120 days, first at Bryan West Campus in Lincoln and then at the Nebraska Medical Center. While he recovered from … END_OF_DOCUMENT_TOKEN_TO_BE_REPLACED