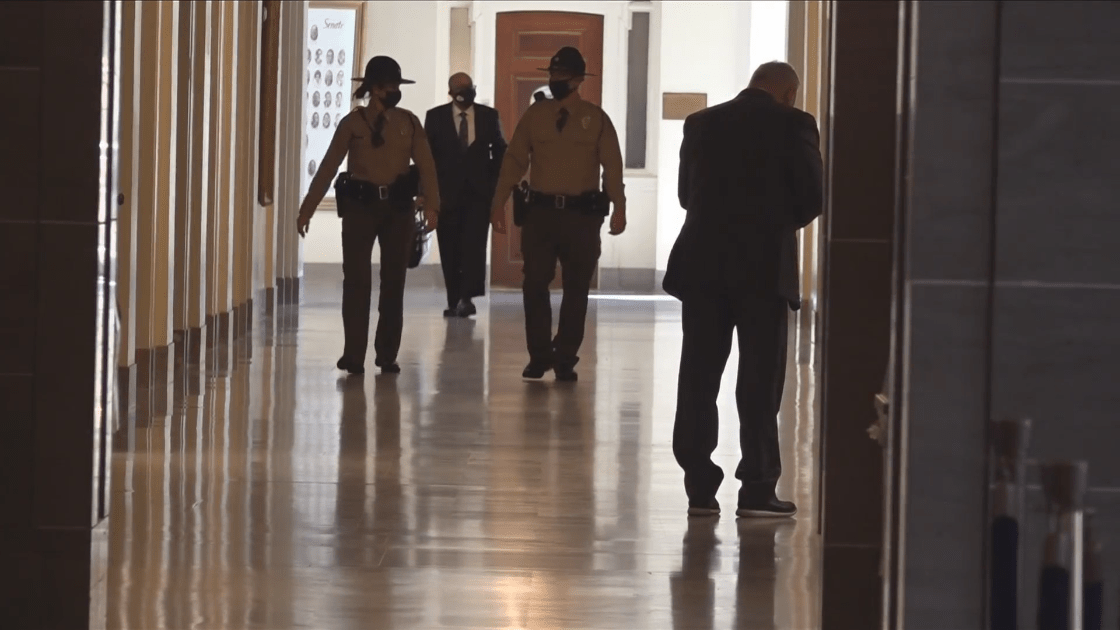 JEFFERSON CITY, Mo.– From answering 911 calls in the Ozarks to protecting the Capitol building in Jefferson City, Missouri Capitol Police Chief Zim Schwartze has had a busy career.

Last November, Schwartze said her team was told about a possible protest or gathering happening in January. She prepared for every scenario and spoke with other agencies.

“We have hundreds and hundreds of events every year at the Capitol,” Schwartze said. “There’s many different issues that are topics and hot-button topics. We do some long-term planning, training, exercises, etc. to prepare based on what is happening and the feel of the event.”

Schwartze said she often tries reaching out to protesters.

“There’s a lot of different rules that we try to pass along and answer for them and work with them so that they know that we are there to protect them and their First Amendment as well as everyone else who comes into the building.”

Schwartze said a lot of people might not realize how events that happen outside of Missouri can impact the state.

After January 6, she repeatedly met with agencies like the Missouri State Highway Patrol, the Jefferson City Police Department, and even the National Guard to plan day-to-day on what could happen.

“We were all sharing and talking about what we had been experiencing in the last year, how we were planning, what we were expecting. So, it was very good informational sharing.”

“They remained peaceful and did not have the intent you saw maybe at some of the other Capitol ground areas across the country leading up to the inauguration on the 20th,” Schwartze said.

Schwartze said serving Missouri’s state capitol means a lot to her – she also gets to spend a lot of time with her family in Jefferson City.

She also says she misses Greene County and her former co-workers a lot.

A member of an anti-government militia holds a copy of the U.S. Constitution at the Malheur National Wildlife Refuge Headquarters on Jan. 6, 2016 near Burns, Oregon. (Photo by Justin Sullivan/Getty … END_OF_DOCUMENT_TOKEN_TO_BE_REPLACED

Syringes are prepped with the Moderna COVID-19 vaccine before being administered at Richmond Raceway in Richmond, Va., Feb. 2, 2021. (Parker Michels-Boyce/ For the Virginia Mercury) WASHINGTON … END_OF_DOCUMENT_TOKEN_TO_BE_REPLACED