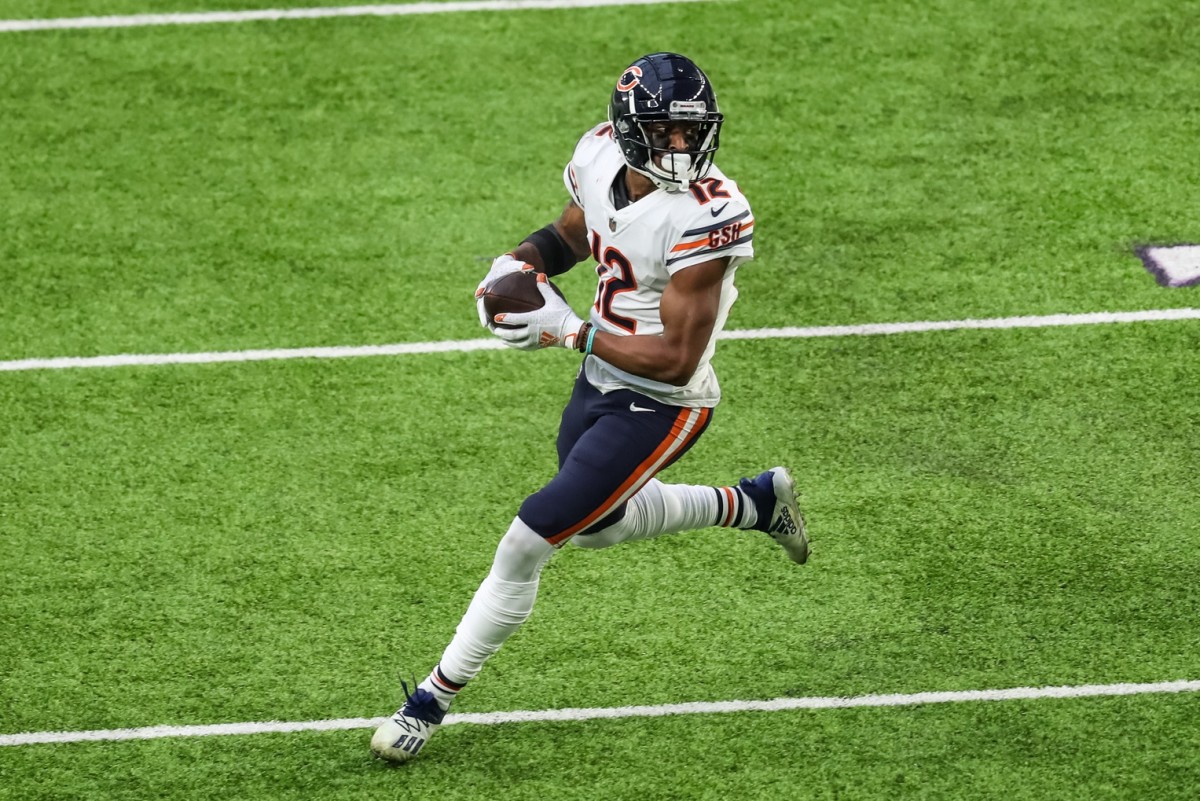 It’s about that time of year when every NFL team looks to add to their roster, filling in depth spots and making moves to push their team forward before the NFL Draft. Yes, free agency is drawing closer every day. This year, the frenzy is set to officially begin on St. Patrick’s Day, March 17.

The Chiefs have greater needs at some positions than others, as the team obviously isn’t in the market for a starting quarterback or a replacement for Travis Kelce, but they could use more depth even at their most talented positions. Even acknowledging that there will be cap limitations in 2021, that’s part of the fun! Today, I’m going to lean into my favorite player at each position group for the Chiefs, understanding that they likely won’t be able to sign more than one or two big-name free agents. Let’s get crazy!

This would be a move all Chiefs fans can get behind. Yes, he will likely command more than the Chiefs can afford. Yes, he would probably like to compete for a starting job elsewhere. But how great would it be to have a Kansas City cult hero like Fitzmagic sitting behind Patrick Mahomes for a year?

A future first-ballot Hall of Famer, Peterson could be the next veteran running back to come in and try to win a ring with the Kansas City Chiefs. He would just be used sparingly as a short-yardage back but could be a fun addition to an already-deep running back group with Damien Williams projected to come back for one more year.

This is the dream scenario for Robinson, Kansas City and Chiefs fans everywhere. Chiefs general manager Brett Veach has shown his aggressiveness to add to the assortment of weapons at Patrick Mahomes’ disposal. Many were shocked at the Sammy Watkins signing and how much money he commanded during his time in Kansas City. This move is one that would be surprising but not totally out of left field. Robinson would also be the “X” receiver that could raise the Chiefs’ offense back to the elite levels they reached in 2018.

If there’s one position I’d pay up for on the offensive line, it would be the top left tackle available in free agency. Yes, it would cost a pretty penny, but do whatever it takes to protect Patrick Mahomes. He is the future and the team’s success relies on Mahomes staying healthy. Getting a left tackle like Williams would give flexibility in the draft as well. Unfortunately, in this scenario, Eric Fisher would be sent packing and it would probably be the only splash free agent move they could afford.

This actually seems like a realistic option for a backup tight end in Kansas City. Travis Kelce is still going to be the man in KC for another five years, the Chiefs just need someone who can come in for a handful of snaps every game. Given Reed’s injury history, this would be the ideal scenario for him as well. Honestly, you wouldn’t even need to break the bank to add Reed to the rotation.

Yes, he just took some cheap shots on Patrick Mahomes in the Super Bowl. Suh is a guy you love to hate unless he is on your team, and then you embrace his “mean streak.” Plus, it would be fun to see Chris Jones and Suh lined up next to each other. Who would stop them?

Bring back Justin Houston! He’s been a solid contributor to the Indianapolis Colts since leaving Kansas City. Having another experienced pass rusher opposite Frank Clark rather than drafting someone and hoping they can take over the starting job right away could be beneficial to the Chiefs’ defense and their effort to get back to the Super Bowl. Plus, seeing Houston back in KC would be a lot of fun, and if he could win a ring here before he retired, it would be that much sweeter.

The Chiefs saw Lavonte David could do up close in the Super Bowl. One of the best all-around linebackers and one of the more underrated players in the league over the past decade, David is a guy who would beef up a Chiefs linebacker room that has been lacking the past several seasons. With Anthony Hitchens as the lead man and unproven second-year linebacker Willie Gay expected to be in the starting lineup next season, adding David would be an incredible piece to plug into this defense.

While he isn’t a lockdown corner like he once was with the Legion of Boom in Seattle, Richard Sherman has certainly shown he still has plenty left in the tank while playing for the San Francisco 49ers the past few seasons. Sherman wouldn’t need to be the No. 1 corner, as he could be another veteran leader in the same vein of Tyrann Mathieu. The secondary got better in 2020 and would look even stronger with Sherman playing a part in it.

The Chiefs wouldn’t have to really break the bank to bring in Malik Hooker, as the safety market doesn’t look great this year. Hooker has been injury-plagued his entire NFL career. Originally a first-round pick of the Indianapolis Colts, Hooker has flashed brilliance but hasn’t been able to stay on the field for an entire season. The Chiefs could utilize him as the third safety with Mathieu and Juan Thornhill being the featured players. Hooker could be a bounce-back candidate and is one of the younger safeties available in free agency. He could bring a new, fresh element to the Chiefs’ secondary.

With free agency on the horizon, the Chiefs have some interesting decisions to make. They won’t be able to break the bank on every position, and not even on every position of need, but if we’ve learned anything over the last few offseasons, we know Veach and the Chiefs will be looking to make at least one big splash.

Next year Worlds of Fun will reach fifty years of business, and to celebrate it is bringing back one of its most legendary roller coasters: the Zambezi Zinger. At the time of Worlds of Fun’s opening … END_OF_DOCUMENT_TOKEN_TO_BE_REPLACED

Standing in the same location since 1857, the City Market is nearly as old as Kansas City itself. In the 1850s, over three hundred steamboats traveled on the Missouri River—including the Arabia before … END_OF_DOCUMENT_TOKEN_TO_BE_REPLACED

At 6 p.m. this Friday at the Kauffman Center, TEDxKC will have a lineup of ten speakers whose expertise range from a sky full of stars to the key to happiness to a MacArthur Genius. The theme is … END_OF_DOCUMENT_TOKEN_TO_BE_REPLACED

Mesoamericans called it food of the gods. From central Mexico down to Honduras, where the cacao tree grows native, ancient Olmecs, Mayans and Aztecs would gather the oblong fruit and break open its … END_OF_DOCUMENT_TOKEN_TO_BE_REPLACED

The definition of “comfort food” tends to vary depending on who you ask. At two new Brookside restaurants, Brady & Fox and Earl’s Premier, the term applies both to time-honored Irish recipes and East … END_OF_DOCUMENT_TOKEN_TO_BE_REPLACED