When it comes to glamping, you won’t find skunks in the tents and worry about being eaten by bears. It’s all about being outdoors without leaving behind the conveniences you expect at a hotel.

CHICAGO – When it comes to glamping, you won’t find skunks in the tents and worry about being eaten by bears. It’s all about being outdoors without leaving behind the conveniences you expect at a hotel.

Mike Doyle and Sam Shandley are the founders of Off Map, a glamp-ground two-hours away from Chicago in South Haven, Michigan.

“When you are looking for a vacation, you’d love to have an adventurous, unique, outdoor experience. That is frankly hard to do out here in the Midwest,” Doyle said.

“Sam a few years back did a national park road trip, living out of his car for a few months,” Doyle added.

“At the end of it I was quite good at camping, but somedays I just didn’t want to sleep on the ground,” Shandley said. “You want a bed, and you want to just show up and have everything taken care of for you.”

Off Map features dozens of safari tents that are fully furnished with either a king-sized bed or three singles. All tents also have reading chairs, a nightstand, and a wood burning heater for chillier nights. The grounds feature an indoor lodge where breakfast is served, and a community fire pit with live music on the weekends. 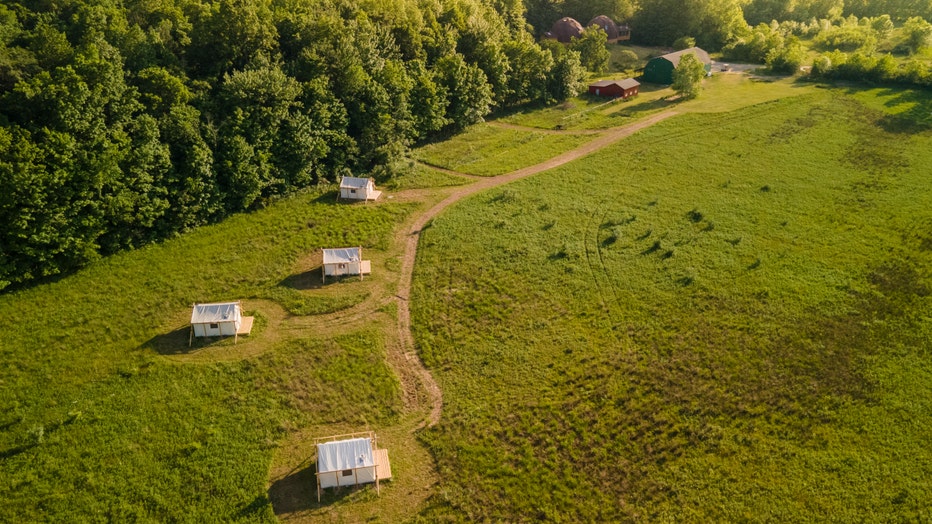 “There’s tons to do in the area. We’re ten minutes from South Haven and 20 miles from Saugatuck. There are wineries and breweries here. Beaches and parks too,” Doyle said.

Jeannie Weber and Chris Kratschmer, a couple from Chicago, got a chance to test Off Map’s cabins before its launch this July.

“Sometimes it’s nice to get out of the city and do something a little bit different,” Kratschmer said. 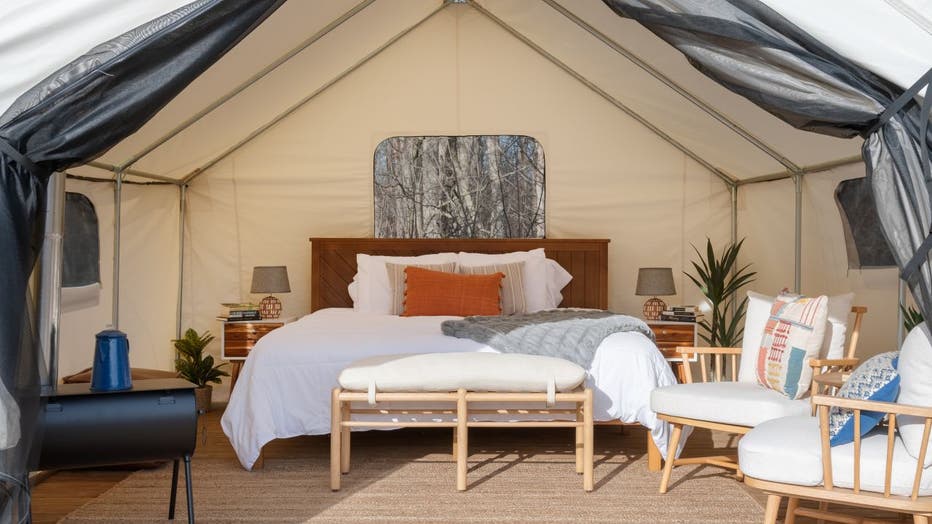 The couple also says you get the outdoors feeling of camping, without the fear that comes from a night in the wilderness.

“The land that the glam-ground is on is absolutely beautiful,” Weber added. “You feel secluded but not in a creepy, horror movie vibe by any means.”

“There are other tents around too. You’re in a field where you can see the other tents, but you’re not right on top of them. It feels like you’re clearly outdoors, but not hidden in the woods,” Kratschmer said. 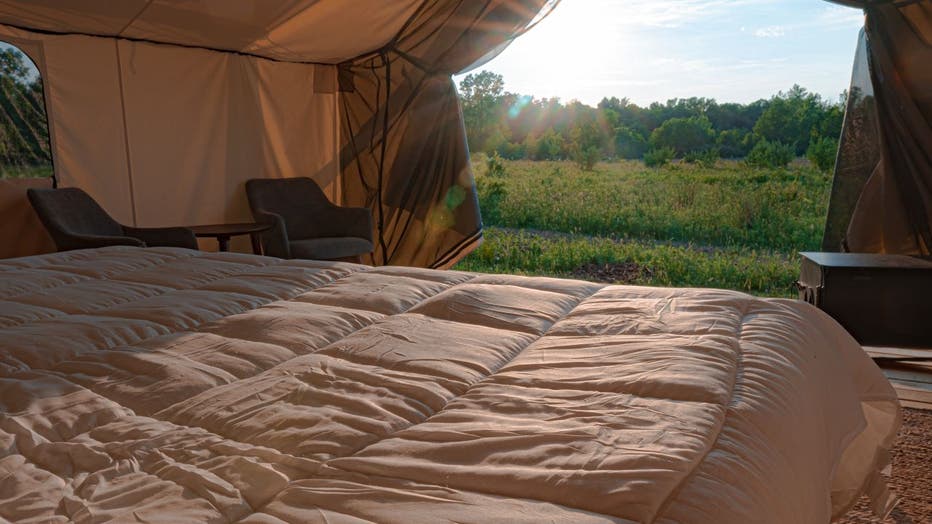 The Off Map team says it’s all about opening outdoor living for more people to enjoy.

“Camping is great. If you can make it easier, it’s more available and accessible to people. It’s a great way to have an escape and an adventure. A unique weekend that’s hard to do in the Midwest.”

Shanita McAfee-Bryant knows the recipe for success. From creating new recipes within her family’s kitchen to winning Cutthroat Kitchen, a popular Food Network game show, McAfee-Bryant looks to use her … END_OF_DOCUMENT_TOKEN_TO_BE_REPLACED

For forty years, the low-slung but striking Vine Street stone buildings on the periphery of Kansas City’s historic Jazz District have sat vacant, boarded up, surrounded by a chain-link fence and … END_OF_DOCUMENT_TOKEN_TO_BE_REPLACED

Illustration by Makalah Hardy. As the name implies, hot pots are hot. How hot? My server can’t tell the exact temperature of the rich broth tossing dried chiles around at a rolling boil on the … END_OF_DOCUMENT_TOKEN_TO_BE_REPLACED

André’s has been making quiche since 1955, and not originally by choice. “The concept that my grandparents came over here from Switzerland with was exclusively pastries and chocolates—1955 Kansas City … END_OF_DOCUMENT_TOKEN_TO_BE_REPLACED

Rain or shine, something Kansas Citians have been able to count on for the last thirty years is turning to KSHB 41 News and watching chief meteorologist Gary Lezak tell them what to expect. But with … END_OF_DOCUMENT_TOKEN_TO_BE_REPLACED