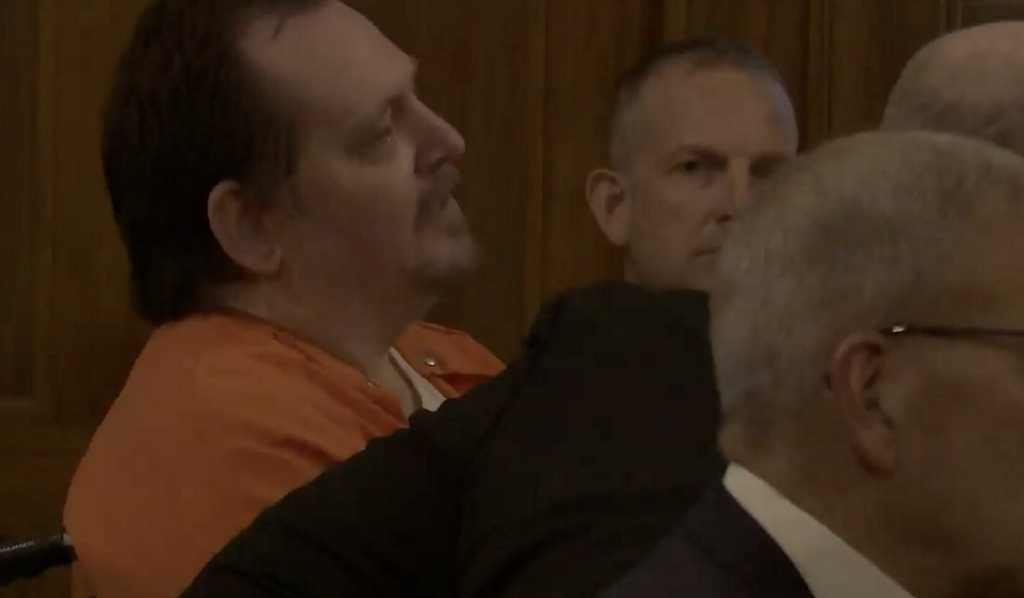 The man found guilty of the murder of Sydney Loofe reveals he lied about the cause of his victim’s death, admitting to murdering her, before being sentenced to death.

“Imposed by the panel, on count one, murder in the first degree, a class one felony, the defendant is sentenced to death,” Johnson said

More than three years after the murder of Sydney Loofe of Lincoln, Trail was sentenced to death in Wilber on Wednesday.

Before hearing his sentence, Trail delivered a message to the Loofe family – confessing to killing Sydney Loofe.

Trail said he had never planned to kill Loofe – he wanted to recruit her to join his crime group.

He says he decided to kill Loofe because he viewed her as a threat to his deviant lifestyle.

“Once I sat Sydney down and started explaining how we made money, some of our criminal activities and about the group sex and other things, I knew I had made a bad mistake. Sydney somewhat freaked out,” Trail explained. “The truth is, I killed Sydney because of her reaction to what I told her and showed her.”

Trail was admitted to strangling Loofe with an extension cord and dismembering her body. He says he did so because it was the only way to remove her from his Wilber apartment – he disposed of the remains in Clay County, where they laid for 19 days before being discovered.

“I’ve done some terrible things in my life,” he said. “This is the only thing I have ever done that I feel real regret about.”

The prosecution was able to connect Trail to Loofe’s murder using extensive cellphone tracking, receipts of items used in the murder, including hacksaws, Drain-O, and garbage bags, and security footage of Trail at various stores purchasing these items.

The three-judge panel found the murder met exceptional depravity standards because they were able to prove that it met four of the five standards:

-Engaged in a senseless crime

-Victim was helpless to defend themself

Considered in this decision was the troubled upbringing Trail had as a youth – including being abandoned by his parents at the age of two, being sent to live with his grandparents, being abused by his stepfather after moving back in with his mother, and living in foster care.

“Trail’s bad childhood and disadvantaged upbringing is given some weight, but the weight of this mitigating circumstance does not approach or exceed the overwhelming evidence of exceptional depravity found in this case,” Johnson said.

Trail’s attorneys say they were not surprised by the death sentence, but they were caught off guard by his statements to the Loofe family.

Trail’s defense team says an appeal to the death sentence will be filed automatically, as is the case in every case involving the death penalty.

Oktoberfest You won’t go thirsty at Kansas City Bier Company’s annual Oktoberfest, which returns to Crown Center on October 7 and 8. Among the offerings are traditional lagers in the style of Munich … END_OF_DOCUMENT_TOKEN_TO_BE_REPLACED

When you think about wine, do you picture Missouri? If not, a new documentary by TasteMAKERS hopes to change your mind. “I fell in love with Missouri wine early on,” says Cat Neville, the … END_OF_DOCUMENT_TOKEN_TO_BE_REPLACED

Photo by staff. Ashton Bethel started making home decor during the pandemic as a hobby. Now, she has her own business: High Noon Pottery (@highnoonpottery). Typically, Bethel … END_OF_DOCUMENT_TOKEN_TO_BE_REPLACED

You can never tell the secrets a tortilla holds. I am not referring to what this deceptively plain wrapper carries between its folds: the al pastor licked with heat and pineapple or some impossibly … END_OF_DOCUMENT_TOKEN_TO_BE_REPLACED

Here are nine great things to do in Kansas City the weekend of September 29 to October 2, including the biggest barbecue in the world, a mashup of Oktoberfest and Dia de los Muertos and the Violent … END_OF_DOCUMENT_TOKEN_TO_BE_REPLACED