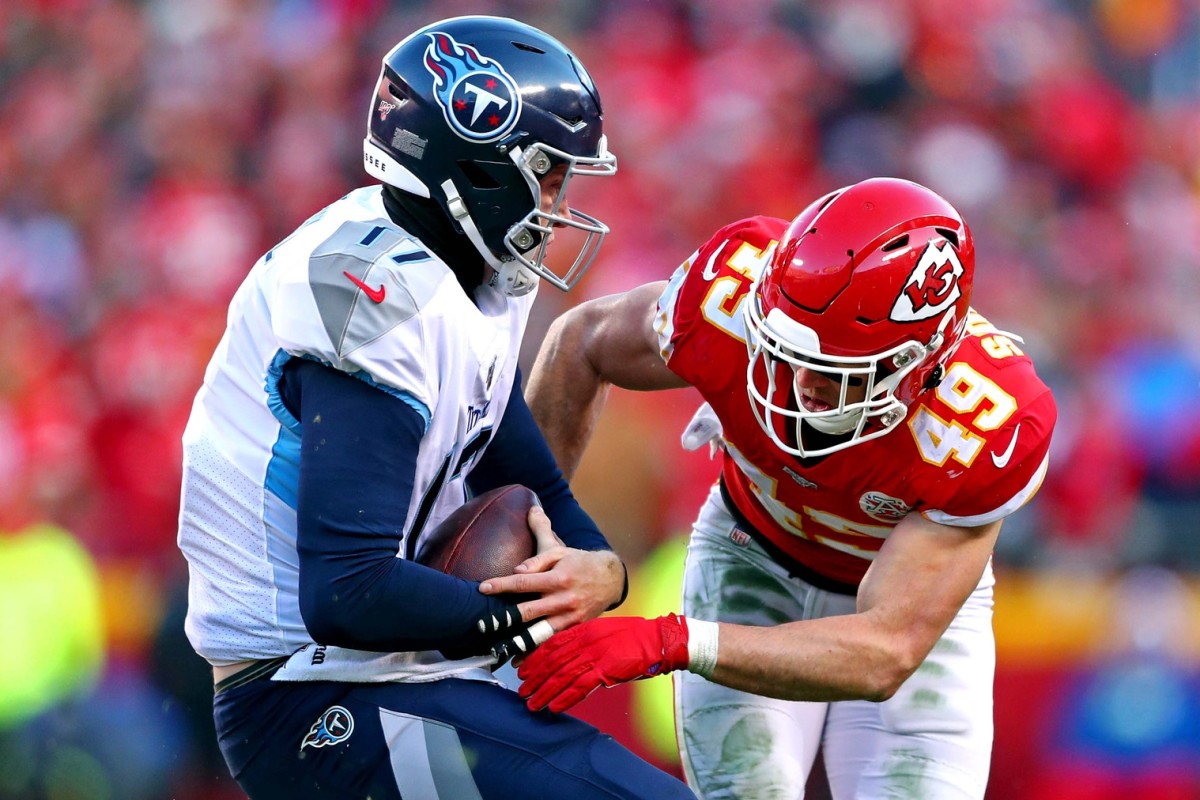 While a lot of the offseason attention has rightfully been placed on the main needs of the Kansas City Chiefs, there are areas outside of the primary concerns that require awareness as well.

On Tuesday’s Roughing the Kicker podcast, Arrowhead Report’s Conner Christopherson joined me to discuss these needs and how the Chiefs can address them, whether in the draft or free agency.

The episode was inspired by Conner’s Seven Days of Free Agency series. He’s taking a look at seven different areas Kansas City could possibly address in free agency by giving names to watch, potential price ranges and his thoughts on each position’s class.

Here are some are the under-the-radar needs for the Chiefs this offseason.

With both Charvarius Ward (restricted) and Bashaud Breeland (unrestricted) up for free agency this offseason, Kansas City will more than likely have to pick between the two of them. With Breeland wanting a longer deal and Ward’s free-agent status, it will likely be Ward who sticks around. Much like in years past, the Chiefs won’t spend a lot on this position.

In terms of free agency, Patrick Peterson, A. J. Bouye and Xavier Rhodes are all there for the Chiefs’ taking but the only question is the price point. When it comes to the draft, Kansas City could look to add a mid to late-round corner if they don’t sign a free agent to play on the outside. Washington’s Elijah Molden, Syracuse’s Ifeatu Melifonwu and Michigan State’s Shakur Brown are all guys to keep tabs on prior to the draft.

The tier of this need hinges on Daniel Sorensen’s decision in free agency. Safety will move up Kansas City’s priority list if the Chiefs’ third safety elects to go elsewhere. Sorensen’s market isn’t a large one, so it’s fair to expect him to return to Kansas City. His value on the Chiefs is much higher than it is on any other team. With that being said, Sorensen’s deal won’t be a long-term one. Finding a third safety type replacement for Sorensen in the draft or free agency this year would be a move for the long haul.

There are plenty of draft prospects like TCU’s Trevon Moehrig, Pittsburgh’s Paris Ford and UCF’s Richie Grant that could come into the system and benefit from learning from Sorenson for a year. Jaquiski Tartt and Malik Hooker are just two free agents Kansas City could bring in if they were looking for a talent upgrade at the position for this season and beyond.

If the Chiefs were to address this position in the draft, they should use a first-round pick to do so. Arrowhead Pride’s Craig Stout pointed out in a tweet that Kansas City ran its base defense less than 30% of the time in 2020, meaning more often than not, the Chiefs defense ran with three safeties. For reference, Sorensen, the Chiefs’ third safety, got more than double the snaps that third linebacker Ben Neimann did this season. It doesn’t make any sense to draft a first-round linebacker when the majority of the snaps will already be allocated to Willie Gay Jr. and Anthony Hitchens.

The cupboard could be bare when it comes to depth but spending top draft capital on Tulsa’s Zaven Collins or Missouri’s Nick Bolton wouldn’t be worth the learning curve and lack of playing time that comes with defensive coordinator Steve Spagnuolo’s system. With that said, adding depth with mid-round linebackers such as Ohio State’s Pete Werner, LSU’s Jabril Cox and North Carolina’s Chazz Surratt would be a good use of capital in this year’s draft.

For the first time in recent memory, general manager Brett Veach has indicated the second tight end position is an area of concern after many years of Chiefs Kingdom speculating the need. Much like many of their other needs, this is a pretty solid year for Kansas City to need a tight end. The Chiefs can find upgrades at the spot whether in the draft or free agency.

Notre Dame’s Tommy Tremble and Miami’s Brevin Jordan are two prospects that could come and make an immediate impact as mid-round prospects. In free agency, Jared Cook and Jacob Hollister are two options to make the second tight end a threat again. The free-agent class of tight ends might not have a ton of star power but it certainly is deep.

For more daily Kansas City Chiefs coverage, subscribe to the Roughing the Kicker Chiefs Podcast wherever you get your podcasts.

Want a shortcut? Start listening to the show on Apple Podcasts, Google Podcasts, Spotify or iHeartRadio.

Have something you want to tell the show? Tweet using #RTKpod to submit questions and comments to be shared on air.

Elisa and Marjain Breitenbach “hate politics.” The owners of Doughboys Donuts in Raytown wake up at 1 am to start their day so they can be stocked with Bismarks and red velvet cake doughnuts when they … END_OF_DOCUMENT_TOKEN_TO_BE_REPLACED

Legends of Hip Hop | Friday, October 15 Finally rescheduled from its early pandemic cancelation, this tour will take you straight back to that drank-fueled, micro-golden era of Gulf Coast … END_OF_DOCUMENT_TOKEN_TO_BE_REPLACED

After temporarily closing like many restaurants during the pandemic, Lazia is set to relight its candelabras and little pink neon sign on Friday, November 12. The restaurant’s location in a hotel … END_OF_DOCUMENT_TOKEN_TO_BE_REPLACED

When Casey Lueck opened his business on the main drag in Grandview, he intentionally left the word “barbecue” off the sign. “I was kind of afraid to put barbecue on the sign just because it’s such a … END_OF_DOCUMENT_TOKEN_TO_BE_REPLACED