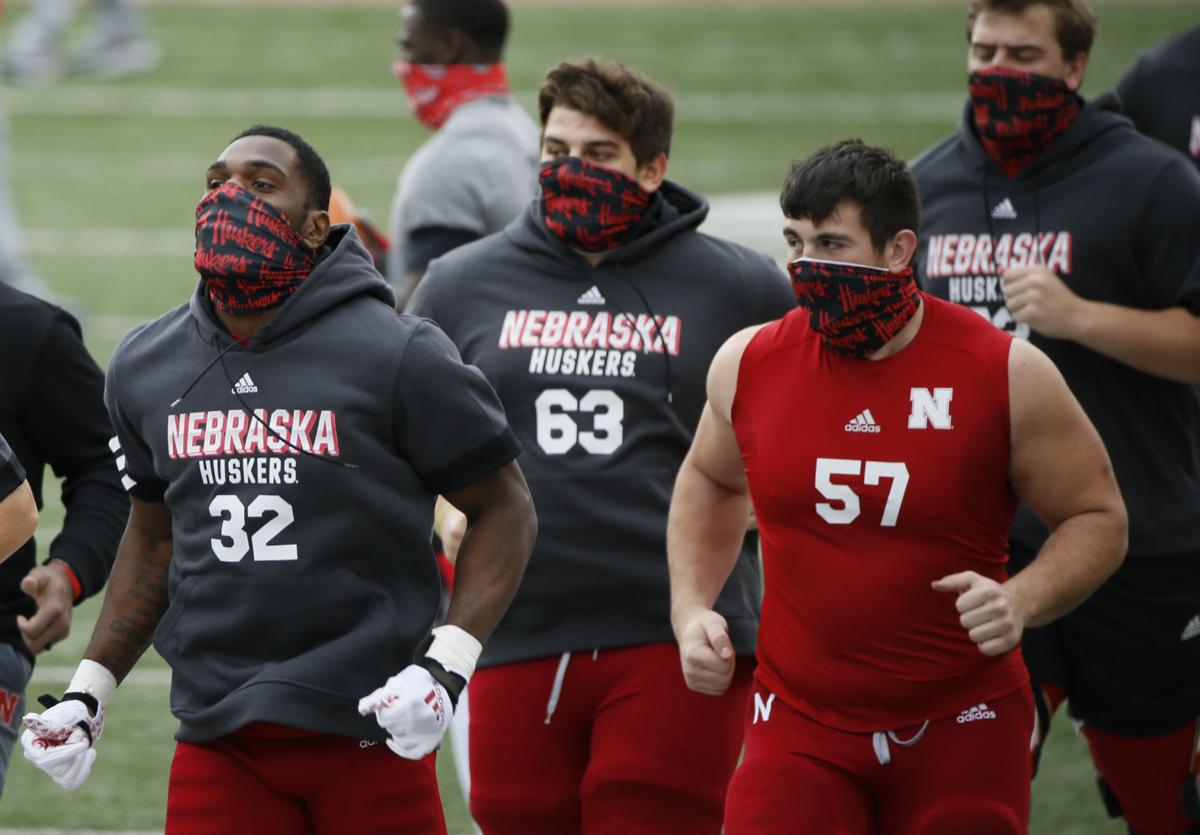 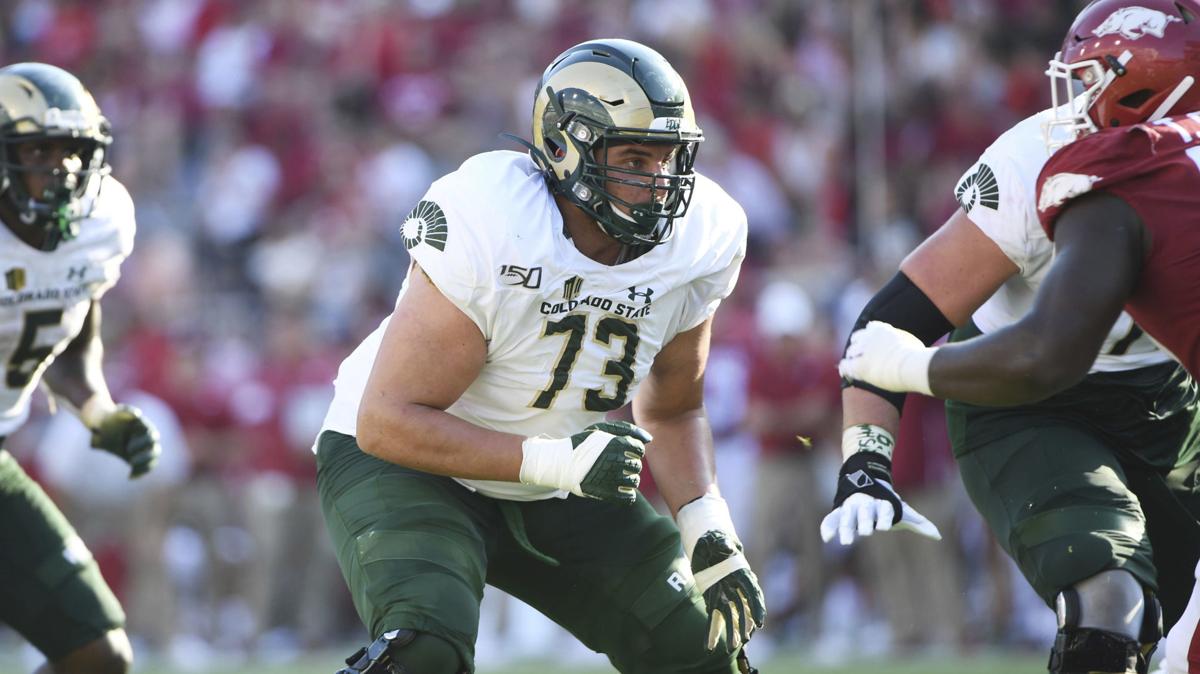 Nouili, a sophomore walk-on offensive lineman, helped running back Jaquez Yant stay upright in a pile and shed a tackle attempt on the way to a nice gain in the third quarter.

That caught former NU wide receiver Kenny Bell’s attention. “(Yant) needs to go over there and give, who was that, big Nouredin, a big hug for dragging him for an extra 7 yards there and keeping him up,” Bell said. “Great play by No. 63.”

Two plays later, Yant rumbled in for a 21-yard touchdown.

Just a couple of young walk-ons with unique stories who have improved their stock markedly in the past five weeks.

Nouili, who transferred to NU from Colorado State in January 2020 after starting seven games as a freshman in the Mountain West in 2019, has moved his way squarely into the two-deep in offensive line coach Greg Austin’s room and looks currently like the No. 2 left tackle behind Turner Corcoran. He’s also capable of playing guard, like he did at CSU, making him a valuable, versatile young player up front.

It is always good when a coach brings up your name without being asked, and Austin did just that with Nouili recently.

“I don’t know if someone is going to ask about him, but Nouri is a solid player,” Austin told reporters late last month. “An up-and-coming guy. He’s one of the accountable guys and I think he’s going to be one heck of a player.

“He’s going to contribute this fall for us.”

Nouili’s taken a unique route to Lincoln. A German citizen, he came to Norris as an exchange student for his senior year of high school and played so well while living with now-NU walk-on Ashton Hausmann that he started to earn scholarship looks. Nebraska had him on an unofficial visit late in the process and he told the Journal Star back then that NU’s strength and nutrition staffs thought he could get up to 320 pounds, which at the time seemed impossible.

“They kind of sized me up and they told me that my body frame could easily hold about 315 pounds and that they would want me at 315-320 and I would still have a lower body fat percentage than the average lineman who goes into the NFL Draft,” Nouili said in July 2019 before accepting a scholarship offer to CSU.

Now? He’s listed at 6-foot-4 and 320 pounds. And he actually lost weight this winter, which Austin thinks helped lead to his rapid rise after not appearing in a game in 2020.

“He came in and he was fat. I’ll say that and he knows that, too. We’ve had conversations about it,” Austin said. “He was too big, but he’s trimmed up. He got more of a feel for the offense. It was a much different way of doing things here than at Colorado State where he previously was. I just think from a maturity standpoint, he had to get here and he’s facing better competition every day, so he couldn’t just go here and think, ‘I’m a true freshman; I can play at Colorado State so I can play at Nebraska.’ No, it’s not going to work like that.

“I think he’s done a good job of understanding the job and then kind of getting his body and his mind wrapped around what the responsibility is.”

The learning curve, Austin said, has been more cultural than on the football field.

“In some cases — like, the other day, I have to tell you this story. He got stopped by the cops and he was like, ‘Yeah, the light was orange.’ I’m like, ‘We don’t have orange lights in America, bro.’ He’s from Germany originally. I was like, ‘We don’t have orange lights.’ ‘It looked orange.’ It was a yellow light. You ran a yellow light. Actually he ran a red light, but he wanted to make the light orange. So with him, he’s just so kind of aloof to a lot of things Americanized.”

Not on the field. Nouili has found a place where he’s comfortable and he turned into one of the pleasant surprises of spring ball, with nothing but green lights ahead.

Photos: All of the sights from the return of the Red-White Spring Game at Memorial Stadium

Oktoberfest You won’t go thirsty at Kansas City Bier Company’s annual Oktoberfest, which returns to Crown Center on October 7 and 8. Among the offerings are traditional lagers in the style of Munich … END_OF_DOCUMENT_TOKEN_TO_BE_REPLACED

When you think about wine, do you picture Missouri? If not, a new documentary by TasteMAKERS hopes to change your mind. “I fell in love with Missouri wine early on,” says Cat Neville, the … END_OF_DOCUMENT_TOKEN_TO_BE_REPLACED

Photo by staff. Ashton Bethel started making home decor during the pandemic as a hobby. Now, she has her own business: High Noon Pottery (@highnoonpottery). Typically, Bethel … END_OF_DOCUMENT_TOKEN_TO_BE_REPLACED

You can never tell the secrets a tortilla holds. I am not referring to what this deceptively plain wrapper carries between its folds: the al pastor licked with heat and pineapple or some impossibly … END_OF_DOCUMENT_TOKEN_TO_BE_REPLACED

Here are nine great things to do in Kansas City the weekend of September 29 to October 2, including the biggest barbecue in the world, a mashup of Oktoberfest and Dia de los Muertos and the Violent … END_OF_DOCUMENT_TOKEN_TO_BE_REPLACED