Temperatures continue to slowly increase each day this week.  Today we have made it in to the middle 80°s to around 90°.  Today is the warmest day in Lincoln in the past 5 days.

An upper-level disturbance is moving across the state Wednesday afternoon is starting to spark showers and thunderstorms in the western Nebraska.  These will continue to move east through Wednesday evening, bringing thunderstorms to Grand Island, Hastings, and Kearney by evening.

Rain will keep moving to the east, but will begin to fall apart as it reaches southeast Nebraska.  I am going to carry a chance for widely scattered showers for the Lincoln area, but the chance quickly diminishes after 2 a.m.

Scattered showers may re-develop for the Thursday morning commute as the upper-level disturbance moves out of the state.  This could allow for showers to linger in the far southeast corner of the state through late morning. 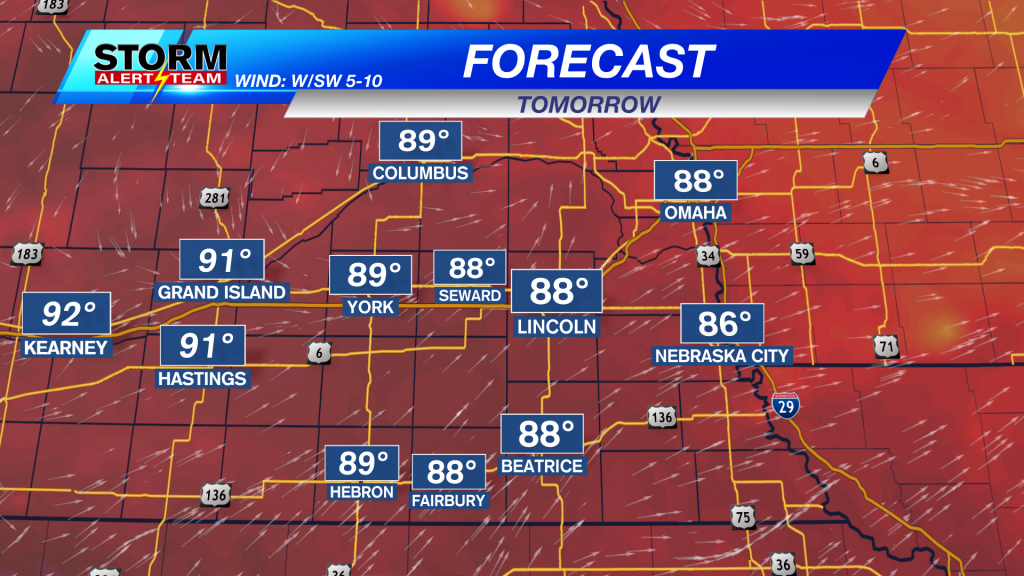 We should see the sun pop-out from behind the clouds by late afternoon.  Temperatures will top out in the upper 80°s to lower 90°s.

February is short but sweet. This month, we share our picks for the city’s best bonbons and a lot of other unique sweets that are baked, dipped and drizzled to perfection. By Dawnya Bartsch, Martin … END_OF_DOCUMENT_TOKEN_TO_BE_REPLACED

Photo by Caleb Condit and Rebecca Norden It’s Valentine’s Day month, but fancy chocolate deserves to be enjoyed year-round. We visited chocolatiers around the … END_OF_DOCUMENT_TOKEN_TO_BE_REPLACED

Posted on December 1, 2022 Overland Park now has more access to information about its Police Department than ever, thanks to a library of online transparency-focused … END_OF_DOCUMENT_TOKEN_TO_BE_REPLACED