Strong to severe thunderstorms moved across much of southern Nebraska on Friday evening as a cold front pushed through. Several Severe Thunderstorm Warnings were issued throughout the evening. There was even a Tornado Warning for Jefferson county at one point. The severe weather threat is now over.

Most of the rain and storm activity ended up occurring south of Lincoln – through south Lincoln was able to pickup a little bit of rainfall. We mentioned the possibility on Thursday that these storms may develop AFTER the front passed through Lincoln. That turned out to be true for Lincoln, leaving the capital city mostly dry. However, storms were able to develop in time for areas farther south to get plenty of rainfall.

Things are quieting down as of late Friday evening. The cold front has cleared the area, and temperatures are dropping. Skies will clear overnight Friday and into Saturday morning, allowing low temperatures to bottom out near 60°.

If you have any outdoor plans on Saturday, cherish the air – it’ll be cooler and less humid! This combination will allow for a refreshing feel outside. We’re forecasting sunny skies with a high temperature of 82°.

However, the comfortable air mass won’t last long. Winds will return out of the south by late Saturday which will allow for warmer temperatures and higher humidity by Sunday and Monday. Unsurprisingly, scattered storms reenter the forecast starting on Sunday as a result. 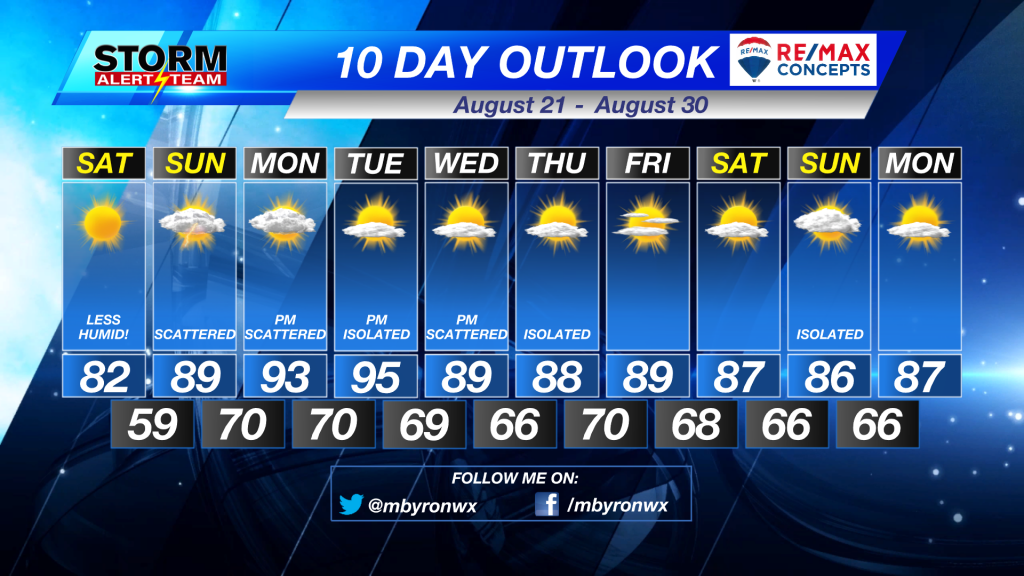 2021 Plaza Lighting Ceremony | Thursday, November 25 The Country Club Plaza will celebrate its Lighting Ceremony on Thanksgiving. It has been a local tradition for almost 100 years and started … END_OF_DOCUMENT_TOKEN_TO_BE_REPLACED

eep in the downtown headquarters of the Kansas City Police Department, there’s a roll of microfiche that spits out a stack of copy paper a full five inches thick. The file is marked “Roland T. Owen” … END_OF_DOCUMENT_TOKEN_TO_BE_REPLACED

When Tayanna Nelson and her husband started looking for a wedding photographer, they searched high and low for an inclusive photographer. “Everywhere I turned, people in our city had a stacked … END_OF_DOCUMENT_TOKEN_TO_BE_REPLACED

Here’s a round-up of Kansas City restaurant news for December 2021, including an exciting new lounge in the basement of the Hotel Kansas City and three big announcements in Westport, headlined by a … END_OF_DOCUMENT_TOKEN_TO_BE_REPLACED

Maverick Hiu, a Kansas City area native, is coming back to his hometown this week and bringing an entire Broadway troupe with him.  Hiu, who was born in Overland Park and lived there most of his … END_OF_DOCUMENT_TOKEN_TO_BE_REPLACED