The Kansas City Chiefs will have several players replace during the 2021 free agency period. They have a total of 27 players set to become some type of free agent and many will likely leave.

Our friends Doug Farrar and Mark Schofield from Touchdown Wire recently created a list of the NFL’s top 101 pending free agents. A total of four current Chiefs players were listed. Those four players could be coveted by NFL teams come March, but which players from the list should Brett Veach be interested in if they were to hit the free-agent market?

Here’s a look at five players for the Chiefs from Touchdown Wire’s list: 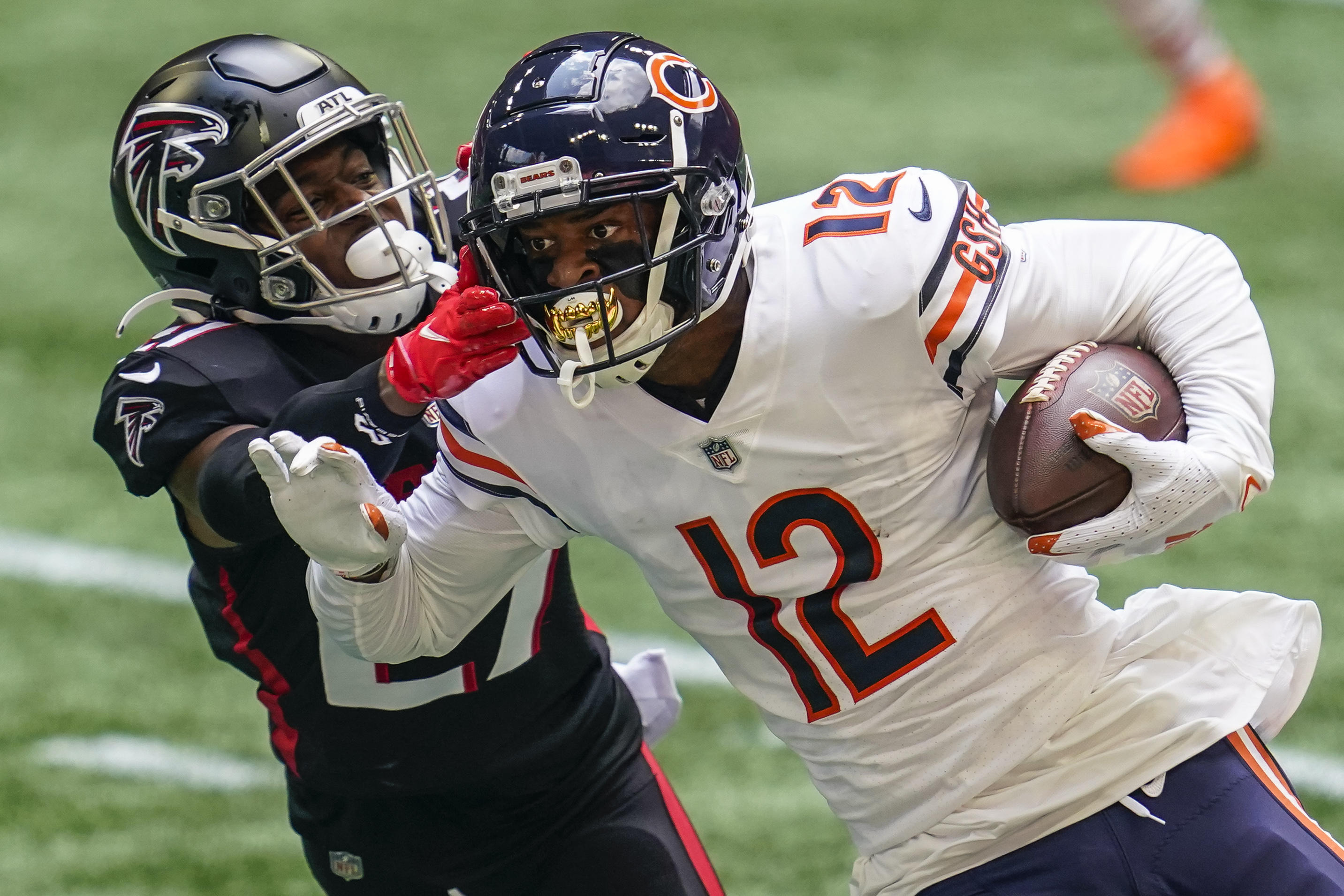 There’s not a team in the NFL that shouldn’t be interested in Robinson if he makes it to free agency. The Bears still have the option of placing the franchise tag on him, but it’s not clear if they would. He’s been one of the best receivers in the NFL over the past three seasons, despite abysmal quarterback play and few playmakers around him on offense.

The competition could make it exceptionally hard for the Chiefs to sign Robinson, but that doesn’t mean they shouldn’t try altogether. Kansas City certainly won’t have the money to offer Robinson the best deal he’d get on the open market, but they do have something that he wants.

If Robinson is chasing rings, leverage that into the best possible deal you can get. 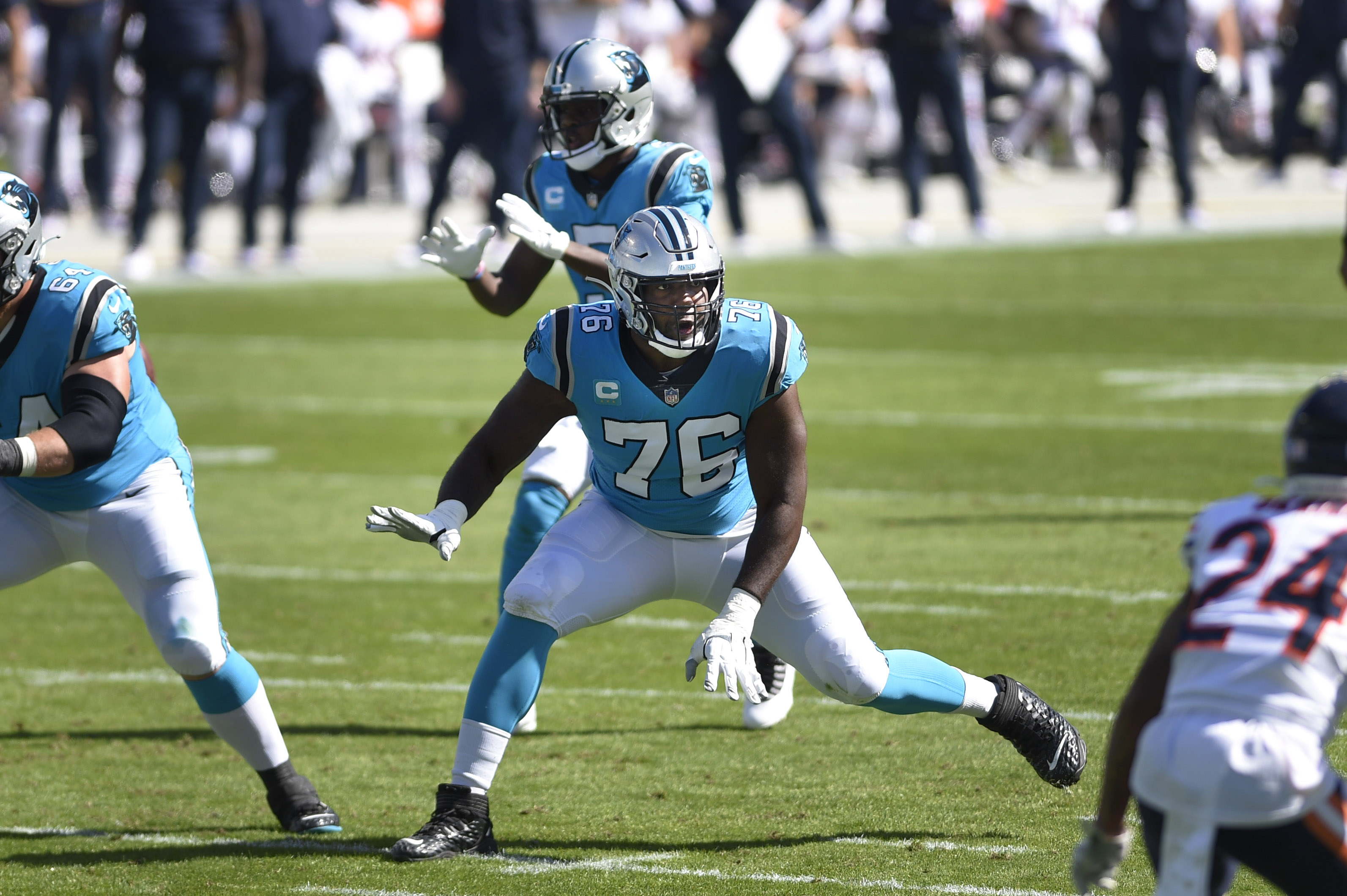 It could take Chiefs LT Eric Fisher upwards of 11 months to recover from his torn Achilles. Long story short, Kansas City needs to find a veteran left tackle to hold down the fort until Fisher is ready to return. While Okung hasn’t played a full season since 2018, he flashed some ability with the Carolina Panthers last year. In 260 pass-blocking snaps, Okung allowed 3 sacks and 10 other pressures per PFF. He’d be a good option to fill in until Fisher is ready to get back out there. 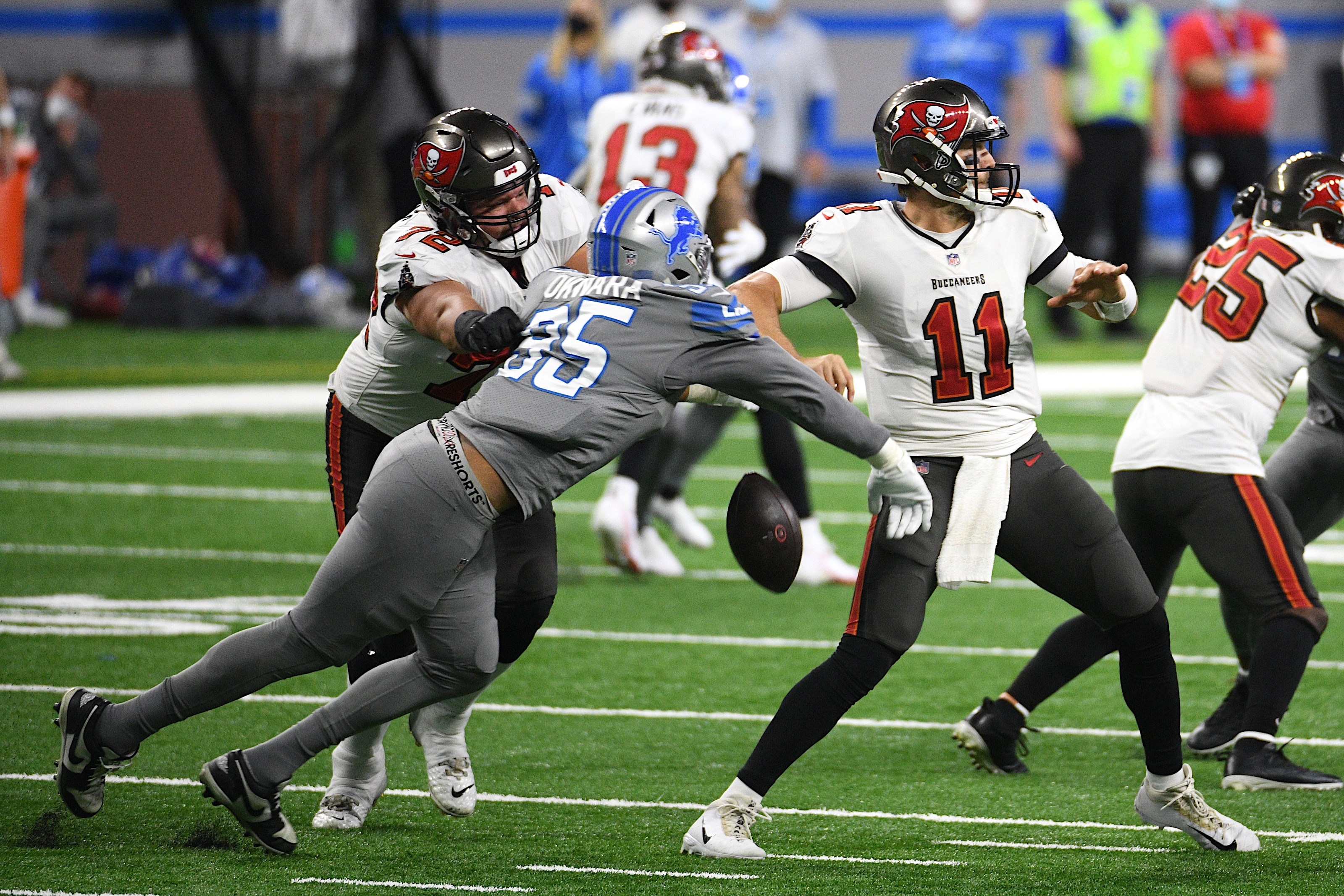 Okwara spent some time with Chiefs DC Steve Spagnuolo back when he was with the New York Giants. He worked his way up from an undrafted free agent to starting four games for the Giants as a rookie in 2016. Fast forward to 2021 and Okwara is coming off of the best season in his young career, notching 44 total tackles 10 sacks, 11 tackles for loss, 18 QB hits and a safety. Given the Chiefs’ need for some pass-rush production opposite Frank Clark, Okwara makes a lot of sense for Kansas City. He could perhaps even be signed on a multi-year deal similar to the one they gave Alex Okafor back in 2019. 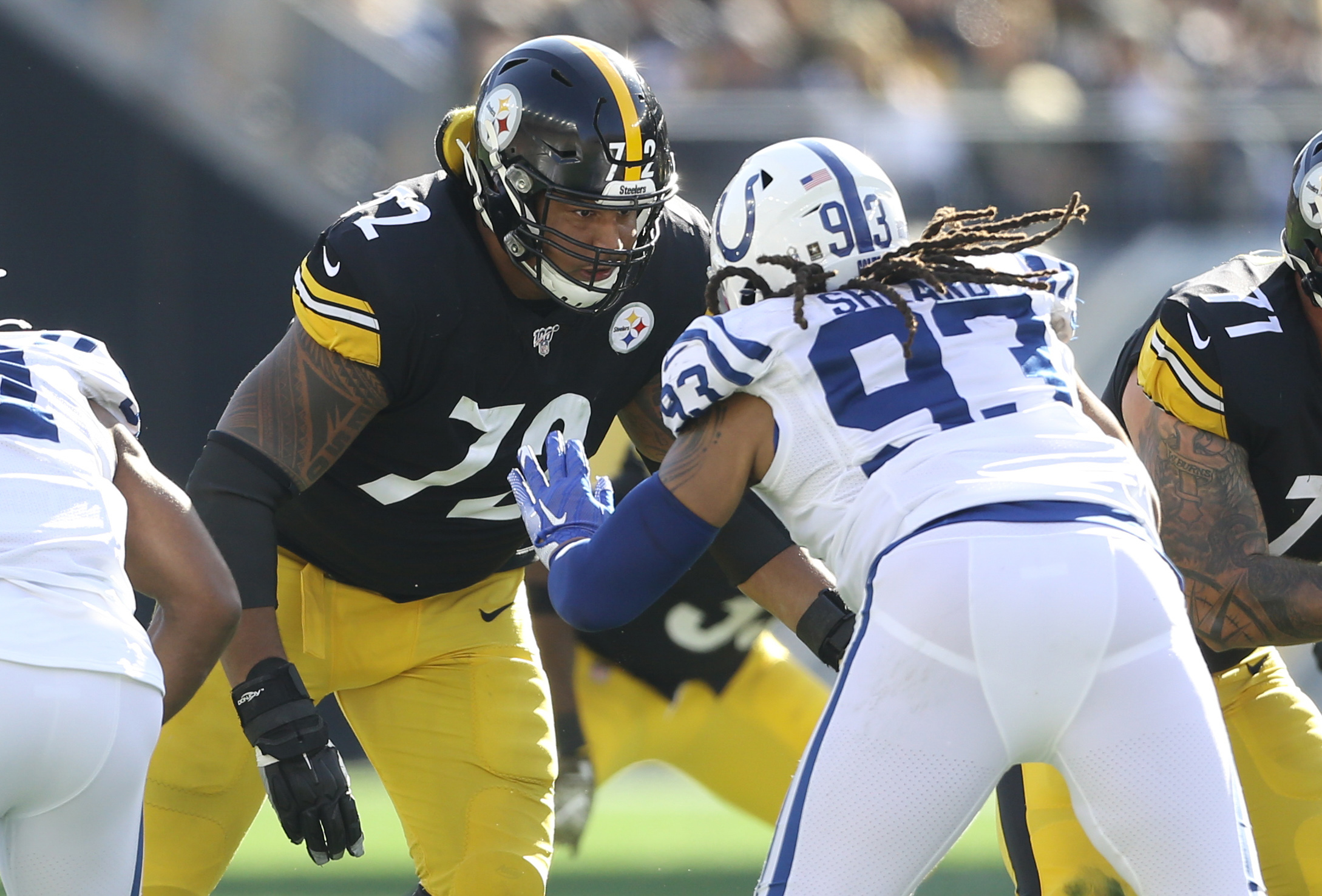 Banner hasn’t really played much during his career with just over 260 snaps on offense over the past two years. At 6-8, 335 pounds and 27 years old, he’s an intriguing prospect. Teams could view him in a variety of different ways at this point. He could still be a developmental guy, he could be a swing tackle, or the bold could even view him as a plug-and-play option. Whatever the case, he’d be fresh blood on the offensive line in Kansas City and the Chiefs need plenty of that. 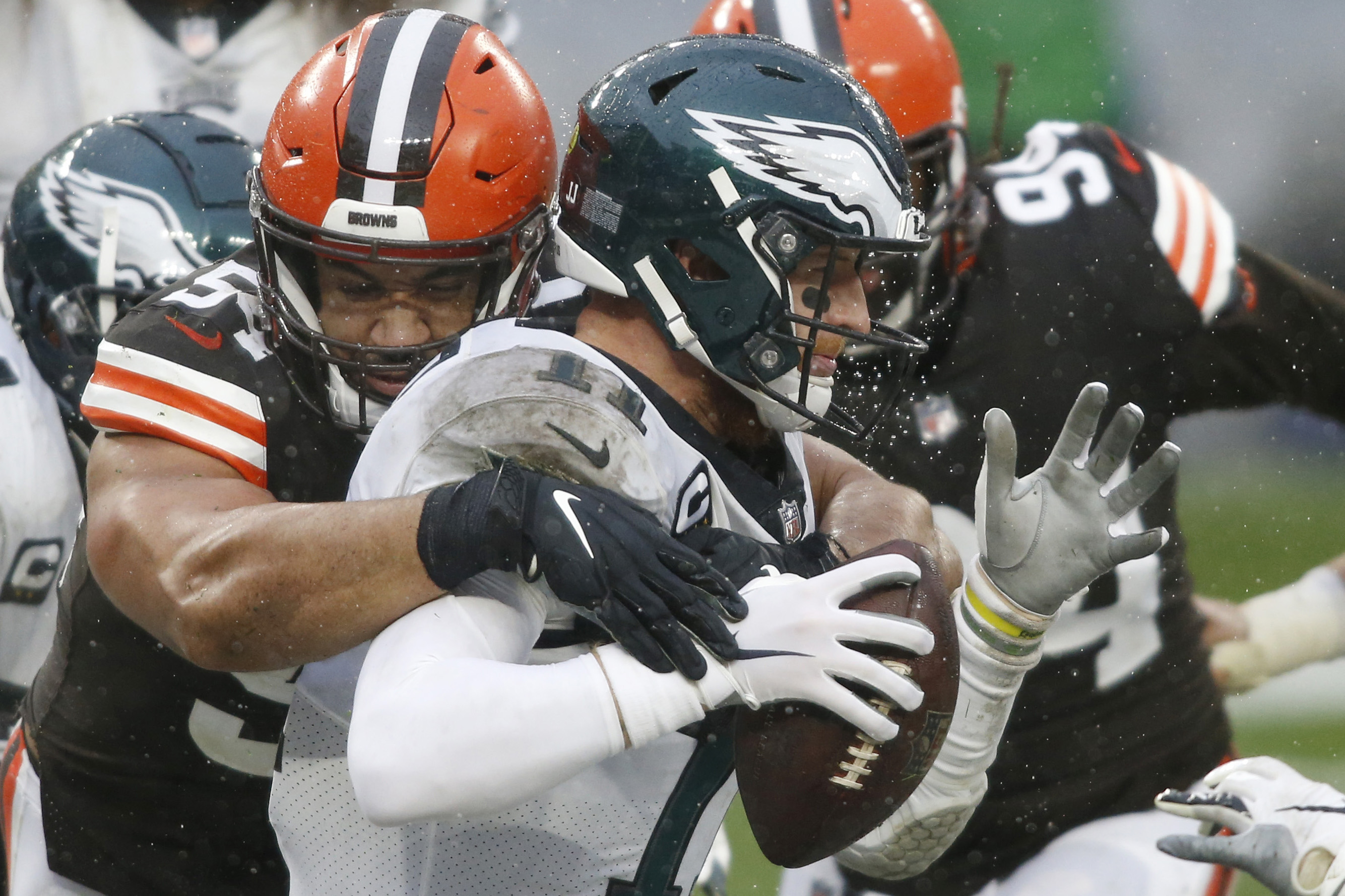 Vernon, like Okwara, spent two seasons working under Chiefs DC Steve Spagnuolo when he was with the New York Giants. He had a pair of his best seasons under Spags in 2016-17 and he had a great season down the stretch for the Cleveland Browns in 2020. The problem is that Vernon is in a similar situation to Chiefs LT Eric Fisher. He ruptured his Achilles late in Week 17 and now faces a long road to recovery. If K.C. is comfortable with the medicals, I could see a player like Vernon being a non-traditional free-agent addition. Maybe he’s signed midseason around the trade deadline to provide some juice to the pass rush.

Outpost Social Club in the Westside neighborhood has been serving dinner and late-night eats since it opened in July of 2021.  As of October, the sister business of hip nightspot Panther’s Place has … END_OF_DOCUMENT_TOKEN_TO_BE_REPLACED

Kansas City has always been a cowtown, starting with our history as being one of the world’s largest stockyards and continuing through today, as the city has a number of landmark cows. Here are six … END_OF_DOCUMENT_TOKEN_TO_BE_REPLACED

Pile in the family truckster, flip off the headlights and crank the Mannheim Steamroller Christmas album for a spectacular holiday light display experienced from the warmth of your car. Christmas in … END_OF_DOCUMENT_TOKEN_TO_BE_REPLACED

Posted on December 1, 2022 Overland Park now has more access to information about its Police Department than ever, thanks to a library of online transparency-focused … END_OF_DOCUMENT_TOKEN_TO_BE_REPLACED

Here are twenty-five great things to do in Kansas City this weekend, December 1-4, including a festive drink pop-up at Julep, an ugly Christmas sweater party, and several holiday markets and large … END_OF_DOCUMENT_TOKEN_TO_BE_REPLACED