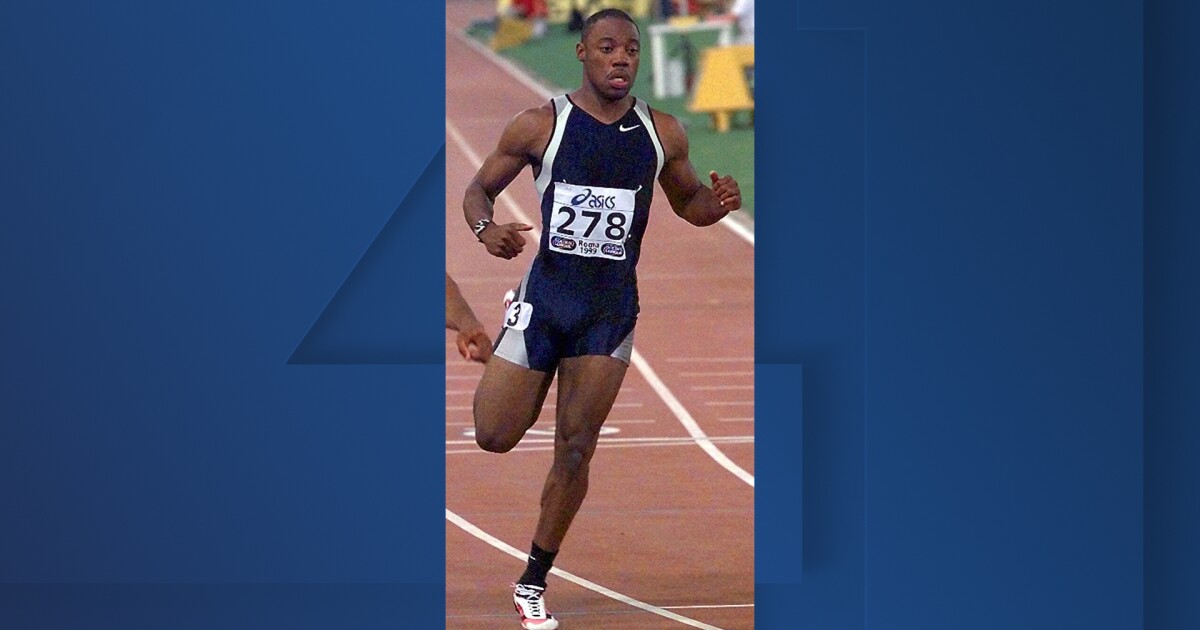 He ranks among the fastest humans in history.

Harden — a Kansas City, Missouri, native and 1992 graduate of Northeast High School — won a silver medal on the men’s U.S. 400-meter relay at the 1996 Atlanta Olympics.

He ran the second leg for the relay, which lost the gold to 100-meter Olympic champion Donovan Bailey and Canada.

During the latter race, Harden set a personal record of 6.43 seconds, which remains the seventh-fastest time in recorded history. His personal record in the 100 meters was 9.92 seconds.

The Kansas City region has a deep, rich history with respect to the Olympic Games. As the 2020 Tokyo Olympic Games approach with the Opening Ceremony scheduled for July 23, we will profile an athlete with ties to Kansas City, Missouri or Kansas each day.

41 Action News and KSHB.com is your home of the Tokyo Olympics. Follow our coverage atkshb.com/sports/olympics and check outour complete list of 100 Kansas City-area Olympians as it is revealed.

At 6 p.m. this Friday at the Kauffman Center, TEDxKC will have a lineup of ten speakers whose expertise range from a sky full of stars to the key to happiness to a MacArthur Genius. The theme is … END_OF_DOCUMENT_TOKEN_TO_BE_REPLACED

Mesoamericans called it food of the gods. From central Mexico down to Honduras, where the cacao tree grows native, ancient Olmecs, Mayans and Aztecs would gather the oblong fruit and break open its … END_OF_DOCUMENT_TOKEN_TO_BE_REPLACED

The definition of “comfort food” tends to vary depending on who you ask. At two new Brookside restaurants, Brady & Fox and Earl’s Premier, the term applies both to time-honored Irish recipes and East … END_OF_DOCUMENT_TOKEN_TO_BE_REPLACED

The King of Cass County’s bold vision for Harrisonville imploded. Can anyone revive it? It’s 5 pm on a Monday night in downtown Harrisonville. Only one other car is parked in the square. … END_OF_DOCUMENT_TOKEN_TO_BE_REPLACED

She says in her long life, the only constant is change, and she knows important changes are coming in Kansas. She’s faced battles/discrimination and stood up for LGBT+ rights throughout her life, and … END_OF_DOCUMENT_TOKEN_TO_BE_REPLACED