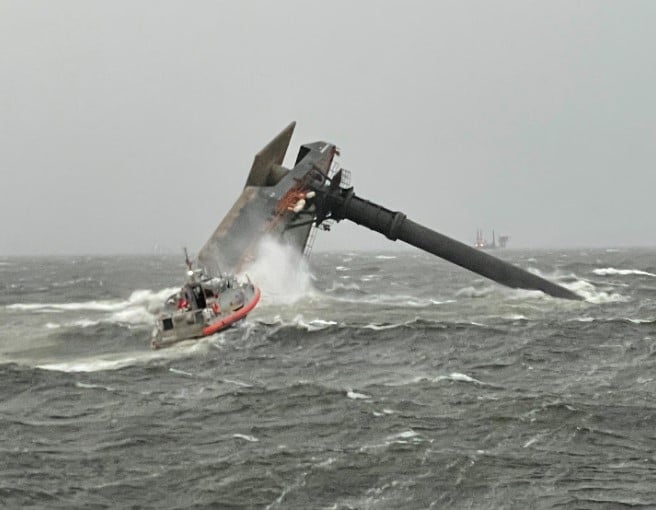 La. (CNN) — One person is dead, six have been rescued, and 12 remain missing after a commercial boat capsized Tuesday off Port Fouchon in the Gulf of Mexico.

The Coast Guard says a total of 19 people were on board the lift boat when it set sail around 1:30 pm Tuesday. Distress signals from food samaritan vessels alerted authorities the boat capsized about three hours later.

Nearby boat crews helped the Coast Guard in rescuing people.

The National Weather Service in New Orleans had issued a special Marine warning Tuesday about steep waves in the region.

The capsized boat is a 129-foot power lift used for oil and gas exploration.

{{featured_button_text}} The Lincoln-Lancaster County Health Department reported three new cases of COVID-19 on Sunday, bringing the community total to 31,251.The number of deaths in the county … END_OF_DOCUMENT_TOKEN_TO_BE_REPLACED

{{featured_button_text}} Father Joseph Bernardo (left) speaks with Dr. Anuradha Tunuguntla, an interventional cardiologist, about the treatment he received from her at CHI Health … END_OF_DOCUMENT_TOKEN_TO_BE_REPLACED